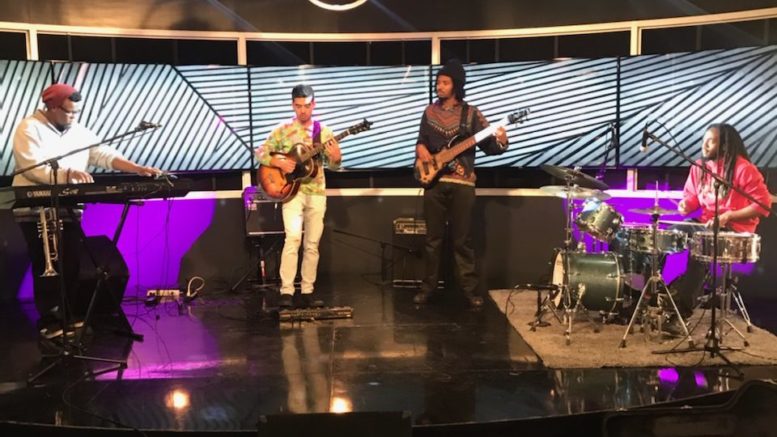 A Tribe Quartet is canceling jazz.

Although the band won the Jazz category in this year’s SAMMIES, they feel bittersweet about the nomination due to the term’s controversial history.

The first “jazz” album was recorded by a group called The Original Dixieland Jass Band, a group of white men from New Orleans whose leading member Nick LaRocca would later claim to have invented the musical genre despite its deep roots in the African-American communities at the time.

“Anything that came from America, musically, started with Negroes,” said David McKissick of A Tribe Quartet. “I mean it’s literally black music.”

Because of that history, the group prefers the term Black American Music, or BAM, to describe their music.

“I mean we’re taking aspects from like rock, hip-hop,” McKissick said. “‘Melancholy’ for example, has that cool boom-back kind of throwback feel.”

“Melancholy” is an atmospheric track which will show up on the band’s first album, slated for release in mid-May. Supported by a groovy rhythm that fluctuates from a slow-paced head-bobber to a raucous double time, the nearly 10-minute song is pierced throughout by wild improvisations.

Born and bred in the Sacramento music scene, Zehrin Sims, Ellwood Allen, Eric Kuvakos and McKissick met at jam sessions at the now closed Graciano’s Speakeasy and formed A Tribe Quartet in 2019.

Their name served as both a reference to the rap group A Tribe Called Quest and spoke to their ideological view of the tribal nature of music.

“We all had such varying personalities and opinions, political, religious, whatever you want to call them,” Allen said. “It kind of shows in the music, at least in my opinion.”

Communication is key to A Tribe Quartet’s sound. They describe their songs as a story in which everyone contributes.

“I’m just looking for the energy,” Kuvakos said. “That we’re all together in the same exact place, rising and falling at the same time and we’re telling the same story.”

The story they seek to tell is intertwined in the self-made label of Black American Music. They point to musicians such as Miles Davis who famously avoided using the term “jazz” to describe his own sound.

“We’re constantly trying to develop new shit all the time … I’m trying to experiment with new sound, like Afrobeat, which is something we haven’t used within our ensemble yet,” McKissick said. “I want to be, what’s the word? Genre fluid. Musically ambiguous.”

Their musical ambiguity led to a mixed reception when they learned they were nominated for the SAMMIES in the jazz category.

“It was bittersweet. I appreciate that Sacramento is recognizing us. I wish we could change the name of the category but it’s not the end of the world,” McKissick said. “We can use the opportunity to educate people on why we shy away from the term.”

Allen has other ideas.

“It just means that A Tribe Quartet has to start their own awards show where we have our own category for BAM,” Allen said.

2 Comments on "Fluidity of sound"