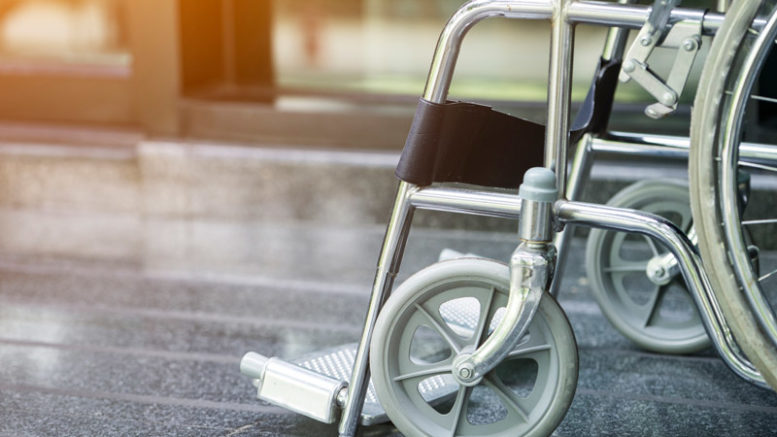 News that the first coronavirus-related death in Sacramento County occurred in an Elk Grove home for the elderly raised the specter that the disease, which killed more than 30 residents across nearly a dozen senior living facilities in the Seattle area, could just be getting started.

California Gov. Gavin Newsom underscored that fear on Sunday, when he made an unprecedented appeal to the state’s 5.3 million seniors to stay home during the pandemic, and called upon assisted living facilities to limit visitors only for residents who are about to die.

But whether local officials can prevent a deadly outbreak from replicating here will largely depend on the competence of the people running these care homes—and the aggressiveness of those overseeing them.

No quarantine was ordered at Carlton Plaza of Elk Grove after a female resident in her 90s died of complications from COVID19 on March 10.

As for the company that runs the home and six others for the elderly in Northern California, Carlton Senior Living LLC has amassed 72 health and safety violations from the state, including 43 for serious violations.

The three Carlton homes in Sacramento County have had a clean record since 2017, when a female resident left outside for approximately three hours in 90-degree heat suffered a stroke that May. An investigation by the California Department of Social Services Community Care Licensing concluded that a lack of staff supervision was to blame. The state licensing evaluator also found that Carlton provided outdated records to the hospital where the woman was taken, indicating that she wanted to be resuscitated. The resident had updated her medical wishes with a “do not resuscitate” order in 2016.

It wasn’t clear from the report whether the woman survived.

Carlton ended up firing three employees and the state issued two citations, one for a serious “Type A” violation. The state also required a biannual audit of resident charts and emergency binders to make sure they stayed up to date.

More recently, in 2018, the state issued a $10,000 civil penalty against Carlton for what happened at its Fulton Avenue home some two years earlier. According to a facility evaluation report, Carlton Crown Plaza admitted a mobility-challenged male resident with Parkinson’s that it knew was a risk for falls. Yet the man fell approximately 24 times over a period of 10 months, resulting in multiple head injuries and contributing to his death at a skilled nursing facility in October 2016.

The state found that Carlton Crown Plaza didn’t do an adequate job of protecting the resident.

All totaled, Carlton’s three Sacramento facilities have been cited 41 times for violating state health and safety regulations, including 23 times for serious violations. More than half of the violations (21) were found at the Elk Grove home, where a state licensing evaluator last paid an unannounced visit in November 2019 to make sure that it had cut ties with three employees who were no longer cleared by fingerprints.

At the time, the evaluator’s census noted that 147 residents were staying at the facility, which has the capacity for 180.

Prior to Newsom’s March 15 press conference, these facilities were being told to follow the recommendations of the U.S. Centers for Disease Control and Prevention at a time that the Trump administration was being criticized for downplaying the seriousness of the pandemic to better ensure the president’s reelection chances.

On March 3, the California Assisted Living Association, which represents the state’s residential care facilities for the elderly, hosted a coronavirus webinar for its members. Josh Allen, a registered nurse who works with Allen Flores Consulting Group, told those watching that the key was to prevent the disease from entering their facilities in the first place, and containing it if it did.

“Our residents are a frail population. They’re susceptible to a variety of illnesses, including this one,” Allen said.

But Allen also suggested that seasonal influenza preparation has been good practice for what senior homes must do during this outbreak, which illustrates just how quickly understanding of the respiratory illness has advanced in the weeks that it’s taken to cripple nations and overwhelm their health care systems.

That is no longer the accepted wisdom.

Current modeling suggests as many as 100 million Americans could be infected by a ravaging respiratory illness for which they have no immunity and for which a vaccine is months away.

The novel coronavirus and the disease it causes, COVID-19, is particularly dangerous to older people and those with preexisting health conditions. Known COVID-19 cases in California shot up 29% in just two days by Monday, with 160 of the 472 confirmed infections being in residents 65 or older.

Sacramento County saw infections more than double to 40, an exponential spike that health experts are warning could accelerate without an aggressive disruption to daily life.

With California standing at the precipice of what could be an unstoppable pandemic, Newsom tried to project calm while also issuing a plea for every person 65 or older to remain at home for now.

“We are calling for the home isolation of all seniors in California,” he said on March 15. “We are doing so with our eyes wide open.”

The loss of third space