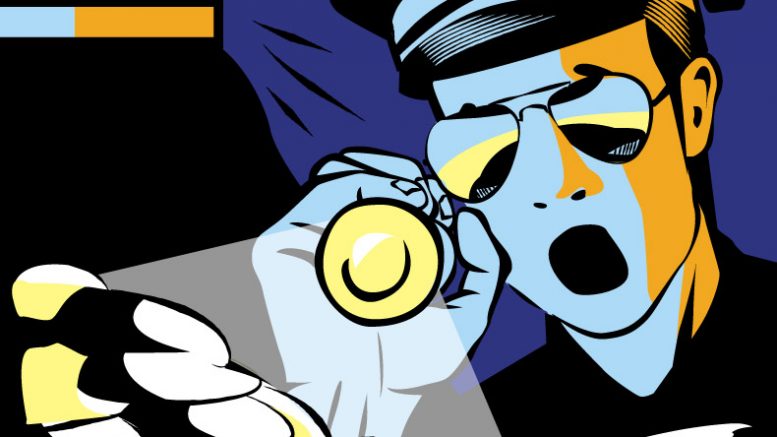 A West Sacramento man is breaking bad in federal court, one month after his car’s tinted windows led to the alleged discovery of 85 pounds of methamphetamine in the trunk.

The Feb. 6 seizure, which federal authorities described as significant, comes at a moment when overall meth trafficking continues to skew upward in California and across the country.

If the charges against Simeon Hernandez-Ortis stick, he’ll prove to be no Walter White.

According to federal court documents, Hernandez-Ortiz was behind the wheel of a Chevy Malibu heading north on Interstate 5 through Stanislaus County last month when California Highway Patrol Officer Matt Fowles noticed that the Chevy’s windows were illegally tinted and initiated a traffic stop.

According to Fowles’ report, the 24-year-old was acting peculiar from the moment he approached the driver’s side window to issue a citation.

“Officer Fowles noticed Hernandez-Ortis to be extremely nervous, could not keep still, and his carotid artery was pulsating,” Deputy U.S. Attorney Kathleen Servatius wrote in her criminal complaint.

“Hernandez-Ortis paused a long time and could not answer where,” Servatius wrote.

The officer soon determined that the Malibu wasn’t registered to Hernandez-Ortis. Based on the suspect’s nervousness and the fact that he was driving a different person’s vehicle, Fowles decided to fetch his K-9 partner Pakito, the complaint states. Pakito sniffed his way to the Malibu’s trunk, “alerting” that he’d found narcotics, the complaint alleges.

Fowles asked Hernandez-Ortis for permission to search his vehicle, to which the other reportedly muttered, “Uhhh, maybe next time.”

But Fowles and a CHP sergeant decided—and federal prosecutors will argue in court—that Pakito’s alert on the trunk created probable cause for a search.

“Eighty-five pounds is quite a bit of meth,” Rettig noted. “While I can’t speak to that specific seizure, the average meth we’re seeing right now has about 95% purity.”

It is generally accepted that the purer the narcotic, the more addictive it is.

Hernandez-Ortis, who lives on the outskirts of West Sacramento near the Deep Water Ship Channel, was indicted last month by a federal grand jury for multiple felonies.

Rettig said that meth seizures in Northern California have been trending up for the last two years. “We’ve seized nearly 300 pounds of meth just since January,” Rettig added.

In Sacramento County, a relatively new coalition has been documenting the role that meth use plays in child endangerment cases, property crimes, overdoses and dangerous emergency room scenarios.

The Sacramento County Meth Coalition’s ultimate goal is to develop better outreach and treatment strategies. Lately, it has been studying the drug’s effects on people living on the streets, and to what extent it’s a factor that causes homelessness or complicates people getting out of it.

“The most common drug of choice for those in the homeless community is meth—at 39%,” said Lori Miller, division manager for alcohol and drug services at the county’s Behavioral Health Department. “That’s the number that’s been reported through Sacramento County’s admission treatment data. So, we have a lot of concern there.”

They’re not alone. Drew Pinksy, an addiction specialist known for treating celebrities, told a Sacramento crowd in January that meth use in California’s homeless population is contributing to “an open-air asylum.” Pinsky was speaking at the State of Downtown event, where he urged city leaders to support the controversial notion of expanding involuntary long-term hospitalizations for those experiencing extreme drug-induced psychosis.

“This addiction is a fatal condition,” Pinsky told his audience. “What does the body count need to be?”

According to the Sacramento Regional Coalition to End Homelessness, meth played a role in 26% of the 132 documented homeless deaths in Sacramento County in 2018. Data from the California Department of Public Health indicates that meth-related deaths have been rising statewide for several years now.

Miller said there could be multiple reasons meth is proliferating in the homeless community, but bottom-bin prices seem to be at least one factor.

“There’s a lot of talk about how cheap meth is on the streets, anywhere from $2 to $5 [for a small amount],” Miller said. “A huge focus for us now is, how do we engage those individuals?”

She added, “I reiterate at every meeting that it’s really going to take all us to come up with creative solutions for taking this on—and making sure this coalition really means something.”

Be the first to comment on "The tinted tell"