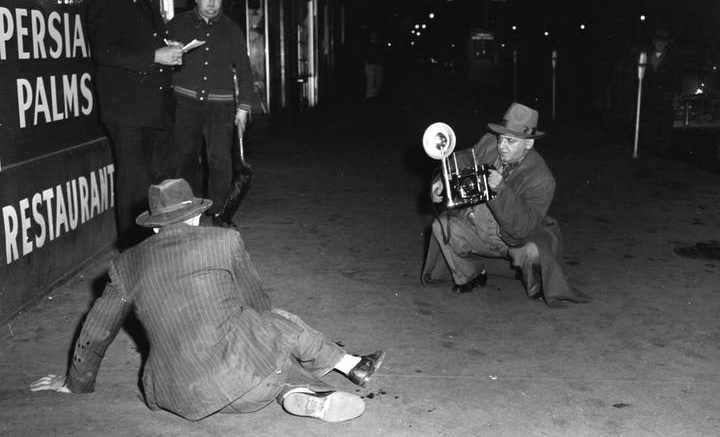 Sacramento isn’t just the capital of California: For decades it has been known to crime aficionados as the unofficial capital for bizarre and prolific serial killers.

In the 1970s, Richard “the Vampire of Sacramento” Chase savagely mutilated his victims in the Arden Arcade area. In the ’80s, Dorothea Puente buried enough bodies behind her charming downtown Victorian to forever brand it “the Murder House.” And the Golden State Killer—allegedly Joseph James DeAngelo, arrested on multiple charges of murder and rape in April 2018—stalked women at night during the ’70s in neighborhoods from Citrus Heights to Carmichael.

Pull the lens back, and nearby Calaveras County had its own notoriety with two separate pairs of serial killers between the 1980s and ’90s. One duo was Leonard Lake and Charles Ng, who lured victims to their hill-hidden torture chamber in Willsyville, and the other was Wesley Shermantine and Loren Herzog, who targeted women from their base in west Calaveras, leaving a bloody trail that labeled them the Speed Freak Killers.

The capital region has seen some of the best police work meet some of the worst acts of human depravity. For people fascinated with that dynamic, the Sacramento Public Library’s downtown branch will host a True Crime Mini-Conference on Saturday, Nov. 16 to illuminate true crime storytelling. Preregistration is strongly encouraged on the library’s website.

The one-day gathering is the brainchild of librarian Jennifer Harmonson, a book expert who is an avid reader of the true crime genre. Some of Harmonson’s favorites are Maureen Callahan’s American Predator, about the bewilderingly intricate plots of serial killer Israel Keyes, and the late Michelle McNamara’s I’ll Be Gone in the Dark, which partially involves Sacramento’s ties to the Golden State Killer.

The event will kick off with a talk from Sacramento State University forensic DNA specialist Ruth Ballard on how genetic profiles led to the arrest of DeAngelo.

“When people hear the term, ‘true crime,’ they tend to immediately think of murder and mayhem, but there’s often more under the umbrella than that,” Harmonson says. “There’s a strong scientific component to our first presentation.”

Following Ballard, a panel discussion will feature local and regional authors, including Lloyd Billingsley, Paul Drexler, David Kulczyk and William Burg. The event will close with a presentation from Joan Renner, who writes the popular blog Deranged LA Crimes, and recently authored a book, The First with the Latest!, on the path-finding crime reporter Aggie Underwood.

Renner says her blog is meant to have the look and feel of a vintage, mid-century crime magazine, while enjoying the benefits of modern research methods and basic hindsight. For the conference, she’ll give a talk about Underwood’s crime coverage in the 1930s and ’40s called Murder is Her Beat.

Renner’s obsessive research has led to numerous television appearances, including a series of interviews for Investigation Discovery’s series Deadly Women.

“If it’s evil or dark, they want to talk to me,” she says with a laugh.

Who let the books out?

The loss of third space

Be the first to comment on "Symposium of sin"