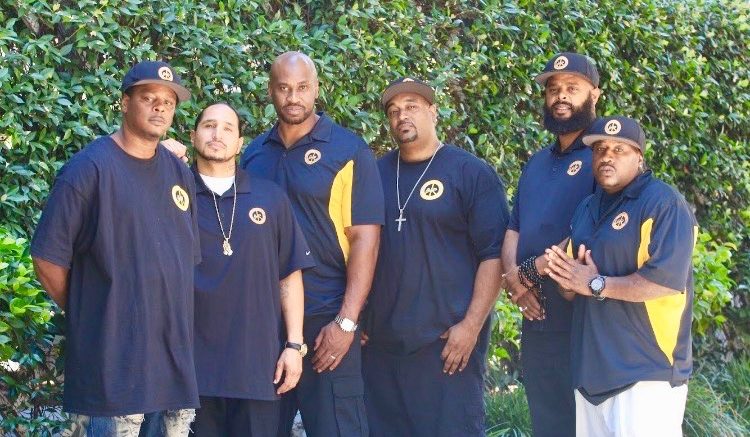 The City of Sacramento's team for Advance Peace mentors.

In 2018, the city of Sacramento managed to escape a grim statistic: It made it 12 months without a child being murdered.

Now, an initiative that some in the region view as a gamble is being hailed by others as a glimmer of hope—a chance to interrupt the cycle of gang killings that have long plagued the city.

Advance Peace grabbed plenty of headlines when Mayor Darrell Steinberg and the City Council braved a storm of criticism in the summer of 2017 when Sacramento became the first U.S. city to sign up for the program.

But the program is showing early success, according to a draft of the first annual progress report to the city that was reviewed by SN&R. The most telling result: Every participant is still alive.

Advance Peace is designed to break the cycle of retaliatory killings by identifying the young men who are most likely to be gang shooters—or victims—and provide them with guidance and services, including mentoring, job training, counseling and mental health treatment.

The pushback against Advance Peace focused on one component—paying some participants financial stipends if they make progress. While the cash is meant to help the young men map life goals, critics seized on it to characterize the entire program as paying criminals not to commit more crimes.

Advance Peace is based on strategies pioneered in the East Bay city of Richmond—ones that coincided with a 57% drop in gang-related gun homicides between 2010 and 2016.

Then came the radio silence.

Over the last 14 months, a small coalition of specially trained mentors, health professionals and neighborhood leaders have quietly worked to get Advance Peace up and running in Sacramento—and to save as many lives as they can.

In addition to no child homicides in 2018, Advance Peace reports directly interrupting 17 acts of retaliatory gun violence and keeping 74% of its 67 participants, called fellows, from picking up a new gun charge.

Will the statistics begin to convince detractors? The program’s director, Khaalid Muttaqi, isn’t sure.

“UC Berkeley is beginning to track the program, but we can’t make any scientific claims at the moment,” Muttaqi said. “But the difference between the murders in 2017 and 2018 is still a fact. So, you have to ask yourself, ‘Is there something we did last year that we’d never done before in Sacramento with these young men who are suspected shooters or potential victims?’”

These days, Julius Thibodeaux chuckles a little when he remembers how his family thought moving to Sacramento in late 1980s would get him away from gangs.

As a teen in Richmond, he was affiliated. In Oak Park, his involvement in gangs and violence didn’t just continue, it escalated. A 1993 shoot-out put Thibodeaux in Folsom State Prison for attempted murder. He says reading the autobiography of Malcolm X, taking classes and becoming more emotionally mature changed his life.

After being paroled, Thibedeaux returned to Sacramento, while at the same time working for the city of Richmond’s Office of Neighborhood Safety, both as a peacekeeper and a life-skills instructor. Eventually, he was tapped to run Advance Peace on the ground in Sacramento.

Around that time, in April 2018, Sacramento also received a state grant that allowed it to increase the number of Advance Peace fellows from 50 to 75, while also starting a program for youth between 12 and 17. An initial team of eight outreach workers were trained by veterans of the program in Richmond.

Advance Peace started its work in earnest in May 2018. The city’s gang prevention task force had identified three hot zones for shootings: Del Paso Heights far outpaced the other neighborhoods for homicides last year with 12, compared to two in Oak Park and four in South Sacramento. So Advance Peace decided to deploy at least 40% of its resources in Del Paso Heights

During 2018, Advance Peace had 67 fellows in its adult program with an average age of 24, and 35 in its junior program with an average age of 15, according to the draft progress report. Program staffers had more than 2,800 engagements with participants and others and mediated some 151 volatile conflicts. Only six fellows had a new firearm injury. And all 99 males and three females in the fellowship are still alive.

Thibodeaux says the success is partly because Advance Peace intervenes around the clock.

“The job is, whenever a young man calls you, you’re expected to respond,” he told SN&R. “Our guys can’t say a fella called me, but it was my day off.”

Muttaqi included a few testimonials in his report.

“Got a phone call saying that one of my Jr. fellows was walking down a busy known street with a gun in his backpack and he was on a mission to do some damage,” one mentor wrote. “I caught up with him and talked him into my vehicle and detoured him off his mission.”

Another mentor recalled intervening in the recent trend of gang shootings being fueled by challenges in YouTube rap videos.

“Some young cats, potential Jr. fellows, made a dis song and put it out on the internet,” he wrote. “That there started a line of back and forth of disrespect. I talked the youngster into taking it down.”

Despite the uproar on social media, council members were looking at the program after a summer when multiple teenage boys were murdered. Two 15-year-olds were arrested for shooting Jovance Lewis in front of a liquor store on 42nd Street after he muttered something they didn’t like. The same week the council was debating Advance Peace, five people were shot and one killed in Meadowview Park.

One leader who spoke most forcefully about the need for a new approach to stemming violence was District 8 Councilman Larry Carr, who also attempted to set the record straight about how the program actually works.

Carr said last week he hasn’t received any concerned emails about Advance Peace since he made that argument. He also said it’s important that the program has worked alongside other anti-violence efforts, including the Black Child Legacy Campaign, Sacramento Area Congregations Together and the Mack Road Partnership.

“It’s one piece of the puzzle,” Carr said. “These groups are all working in unison to get where we need to get.”

The city’s first contract with Advance Peace called for a two-year commitment, with an additional two years contingent on results. After that, the council will have to decide whether it’s a long-term strategy. Carr said he believes the program has already proven it’s worth at least the four-year commitment.

“A lot of this depends on what they call ‘street cred,’ or the reliability and trustworthiness of those making contact out there, which takes time, but I think they’ve done well so far,” Carr said. “We can’t forget a shooting costs the city $400 a year, and a murder costs a million a year. You have to put that into perspective when you look at the cost of Advance Peace compared to the cost of not doing anything.”

Muttaqi is hopeful more Sacramentans are considering that kind of calculus, as well as paying attention to small but meaningful victories.

“There have been some very tense situations in our city over the last year,” Muttaqi observed. “Moments where people were on the brink of war. Those were moments when our people were there.”

Be the first to comment on "The road to peace"