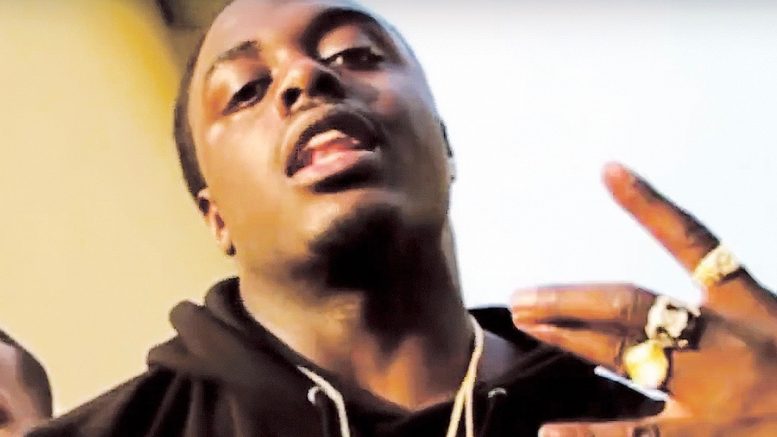 Deandre Rogers, better known as the rapper Lizk, was sentenced to a possible life term in prison, in part, for what he does in this video for “No Air.” SCREENSHOT COURTESY OF YOUTUBE

At 25 years old, Deandre Rogers is officially out of strikes.

The South Sacramento rapper entered court April 6 to be sentenced on a single conviction of being a felon in possession of a firearm. That crime typically carries three years in county jail. But, as things stand, Rogers will spend the better part of his adult life in state prison. It was a decision that gave Superior Court Judge Maryanne Gilliard pause, and she made sure Rogers knew that while engaging with him in open court.

Rogers grew up in a rough part of Meadowview. After being in and out of juvenile hall, he rose to modest local prominence as a hip-hop artist known as Lizk. But Rogers’ music was also associated with South Sacramento’s ongoing gang wars. Gang detectives with the Sheriff’s Department testified last month that Rogers’ YouTube videos were escalating tensions between G Mobb, a gang Rogers admitted to being part of, and the Oak Park Bloods. For the district attorney’s office, that was enough to show Rogers deliberately blurred his worlds as a street soldier and performer—and deserved 30 years to life in prison.

He pleaded guilty to assault with a deadly weapon in 2016 after originally being charged with attempted murder. Rogers had claimed innocence and hung two separate juries in the matter. He eventually pleaded to the assault charge to avoid a third trial. That same year, he was convicted of illegal gun possession. Both were “strikes” under California law.

When Rogers was arrested in December 2016 for having a .45-caliber Glock in his Mercedes, prosecutors ladled on sentence-ballooning gang and arming enhancements.

Rogers’ attorney, Jessica Graves, filed a brief on April 6 arguing against the sentence on the grounds that its proportionality, in relationship to the crime, violates the Eighth Amendment of the U.S. Constitution’s prohibition on cruel and unusual punishment. The judge acknowledged that having to contemplate that legal question “wrecked” her day.

Looking down from the bench, Gilliard said the Deandre Rogers she’d gotten to know in court seemed very different from the gun-toting rapper on YouTube. Rather, Gilliard explained, she’d gotten glimpses of an intelligent father, capable of quoting a 17th century philosopher and on the verge of discovering a new path forward.

“The Mr. Rogers who’s been in this courtroom, who has been extremely respectful to the court, is who you are,” the judge told him. “I want you to know this isn’t easy for me. Because I see the potential you have. You are a bright guy. I’ve never had a person in your situation quote Pascal to me in a letter to the court. … It’s just a tragedy that you and I are here in this courtroom.”

Gilliard explained to Rogers that she wouldn’t lower his sentence because he’d endangered too many lives by carrying a loaded handgun into a crowded restaurant in the middle of a gang war. The judge made it clear she thought Rogers was armed the whole night, though it was only proven he had a gun inside a car near the restaurant.

News that Gilliard was striking out Rogers stunned Rogers’ mother, Kendra Jackson, who was just weeks from graduating from Sacramento State University with a degree in social work. While Jackson believes her son should be held accountable for his actions, the Cooper Woodson scholar thinks incarcerating someone for a third of a lifetime for a crime that usually earns a handful of years—based on his gang affiliation—shows a blindness to the challenges young black men face in neighborhoods like Meadowview. In watching her son’s trial, Jackson says she also saw other inequities.

“Never in Sacramento, because of the population, would Deandre get a jury of his peers,” Jackson told SN&R. “My son is absolutely an example of the school-to-prison pipeline.”

When it was Rogers’ turn to address the court, he said he never wanted to hurt anybody that evening and, whenever he did carry weapons, it was only to protect himself.

“There’s no way to understand where I’ve come from if you haven’t been there,” he said quietly, “and lost all the people that I’ve lost.”

Be the first to comment on "The music ends: Rapper Lizk sentenced to 30-years-to-life for simple gun possession"