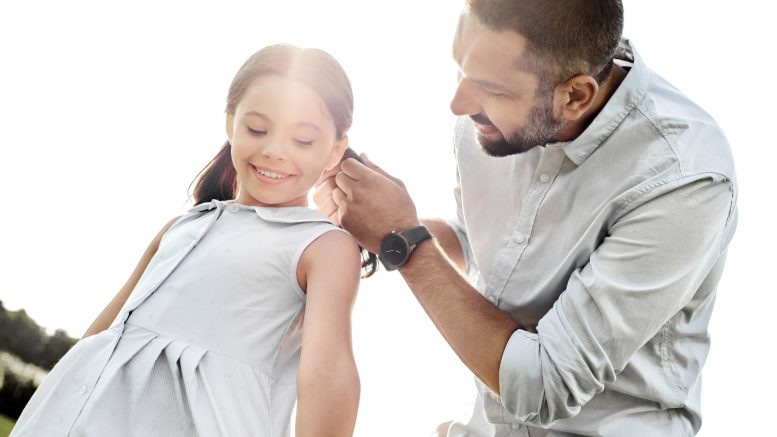 Fathers with full custody or partial custody can receive child support, but many men do not see child support as a resource that they are eligible for.

Alec Poe was 18 years old when he became the full-time caregiver of his daughter, Angelina. He applied for child support, but because Angelina’s mother was not working, he did not receive it. It took him three-and-a-half years after relocating to Sacramento to apply for child support again.
The biggest obstacle in his path was the sense of shame he felt about pursuing a child support order.

Poe was introduced to Daddy’s Here, a support group for single fathers, by his social worker at the Sacramento County Department of Human Assistance.

A representative from Sacramento County Department of Child Support Services would speak at Daddy’s Here every other month to educate the group about the child support process. Eventually, she convinced Poe to pursue a child support order. Angelina’s mother was unemployed at the time, but the representative said that it was important to establish the order so that when she started working, Poe would receive support.

Since then, Angelina’s mother found a job and Poe has started receiving child support. The money pays for clothing, makeup and necessities for Angelina.

“It is a buffer for me because being a single parent is tough,” Poe says. “Cost of living keeps going up, rent keeps going up. To have child support means that I don’t have to be so strict with the money. I have a little more flexibility to buy my daughter a burger from In-N-Out if that is what she wants or to buy her clothes.”

Another lifeline for Poe has been the support that he’s received from other single fathers who attend Daddy’s Here.

“Just to be able to know that there are other single dads raising their kids on their own—not co-parenting,” Poe said. “I was a little boy and a teenage boy. I don’t know what it’s like to be a little girl or a teenage girl. Being with other dads raising young women, they taught me how to make a ponytail. These guys took me under their wing and provided me mentorship.”

Sacramento County Department of Child Support Services' mission is to enhance the lives of families. SCDCSS does this by helping parents stay involved in the support and well-being of their children. Studies show that having each parent involved in a child’s life improves overall well-being—they are likely to do better in school, have lower dropout and incarceration rates, go on to college, and lead happier and healthier adult lives.