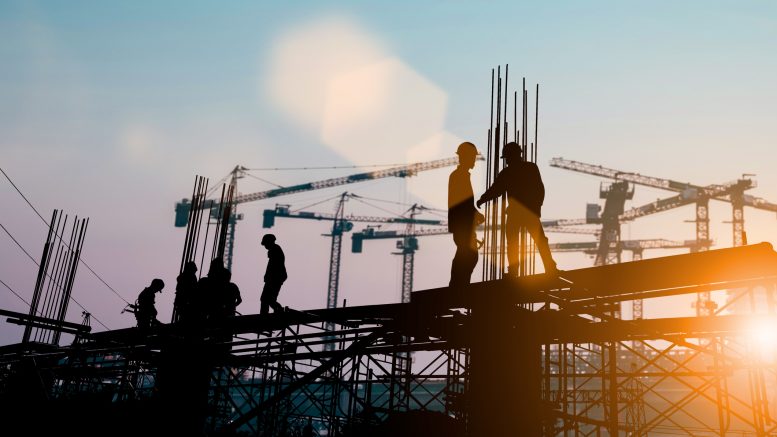 ValleyBuild has expanded to 14 counties in the Central Valley and beyond, and its graduates go onto apprenticeships and other jobs in the construction industry.

“It opened the door to something I didn’t feel was possible,” says Jesus Celis, a roofer apprentice in Fresno, California.

He is talking about ValleyBuild, a training program started by the Fresno Regional Workforce Development Board with the aim of preparing students for apprenticeships and careers in construction. The program lasts six weeks, and is based on the multi-craft core curriculum, or MC3, meaning students learn skills ranging from electrical work to forklift operation. The instructors come from local union affiliates in the Building Trades Council.

Started 13 years ago as a smaller partnership called Power Pathways, ValleyBuild has since expanded to 14 counties in the Central Valley and beyond. Each training session has up to 10 affiliates and anywhere from 18 to 25 students. Of these students, around 20% go into highly coveted apprenticeships, while an additional 60% are placed in other jobs within the construction industry. Graduates of ValleyBuild are immediately attractive to prospective employers, not only for the skills they’ve learned, but also for the commitment completing the program demonstrates.

“Employers get someone who’s been vetted,” says Ashley Matthews, senior project coordinator at the Fresno Workforce Development Board. “They’ve demonstrated commitment by attending a six-week training session. Our participants have also already been drug-tested. They’ve been taught basic employment skills like dealing with coworkers and communicating within the workplace. They’re getting someone who’s ready to do the job.”

Jesus Celis agrees. “That’s what interests a lot of these (employers)—knowing that you’re serious.”

Proving his seriousness has paid off for Celis. He is now a roofer apprentice, working 40 hours a week for Nations Roof. He is also a member of the Local 27, the Fresno Roofers and Waterproofers Union. Most importantly, he sees room for growth, something that was lacking in his previous career.

“I wanted more,” he says. “Something I could support my family on, maybe even retire with. A better outcome.”

While apprenticeships are an essential part of a career in the building trades, they may not be accessible to everyone. According to Chuck Riojas, secretary-treasurer for the Fresno-Madera-Kings-Tulare Building Trades Council, access to apprenticeships can be “nepotistic.” It’s not that outsiders are actively excluded. It’s just that they might not be aware of the opportunity.

“I was the first one in my family to go into the trades,” Riojas says. “Now I think I have six or eight family members in the trades. So we need that type of introduction. What we’ve been doing the last decade is trying to get the word out and expose the community to what we do.”

Lack of awareness is not the only barrier. ValleyBuild has made an effort to reach out to communities that are under-represented in the building trades. For some, the barriers may be financial. The Fresno Workforce Development Board, through a program called Workforce Connection, offers many wraparound services to supplement the training.

“Our individuals are eligible, as part of being Workforce Connection participants, to receive supportive services,” Matthews explains. “Once they do get into a union apprenticeship, we can help with initiation fees, startup tools, and so on. While they’re going through training, we can support them with mileage reimbursement. We do childcare services and reimbursement referrals. We have needs-related payments, which can help give an hourly wage to a participant so they can have money to go through the training.”

There is also “soft skills” training, which focuses on resume development and interview skills. And there are transitional job opportunities, which allow ValleyBuild graduates to be placed with a private contractor for a year while they wait to be admitted to an apprenticeship. The Fresno Workforce Development Board funds 50% of the employees on-the-job training at these transitional jobs.

“Employers really look for our graduates,” Riojas says. “They keep them busy. And then hopefully they can move into apprenticeship, in that field or another of their choosing.”

If the barriers are more educational, ValleyBuild can get the student enrolled in free ESL or math classes. Most of the building trades require some algebra and geometry, which may be an obstacle if the applicant doesn’t have a high school degree or took the classes so long ago that the knowledge is no longer fresh. Often, the first step to applying for an apprenticeship can be passing a construction math test.

One final obstacle is gender. Women represent only 10.9% of workers in construction. And only 20-25%of the students in the ValleyBuild program have been women. To that end, the Fresno Workforce Development Board has started ValleyBuild NOW, an all-female offshoot that pairs traditional apprenticeship readiness classes with workshops from Tradewomen, Inc. The first cohort, comprised of 13 female students, graduated in October. Already two graduates have gone on to apprenticeships in the plumbing industry.

For Chuck Riojas, this focus on equity and diversity is essential.

“It’s really the driving force for my involvement,” he says. “These people deserve a shot at these apprenticeship opportunities. You change not only their lives, but their family’s lives. And it’s generational. I know what apprenticeship did for me and my family. I just want to open up as many opportunities for other families as I can.”

But whether or not graduates go into apprenticeship, ValleyBuild can lead to life-changing opportunities. Forklift training can get a ValleyBuild graduate work at a packing plant, while an OSHA certification demonstrates competence with hazardous materials. What’s more, since the instructors come directly from the Building Trades Council, classes can serve as a valuable introduction to people in the industry.

And if you do go into apprenticeship, within three to five years you can become a journeyman. This represents a huge increase in pay, often over $40 an hour depending on the trade. For someone like Jesus Celis, it’s about far more than the money, though. It’s about new possibilities.

“I didn’t think it was possible to do more than I’d been doing,” he says. “But I was able to prove myself wrong. And it’s thanks to this program.” 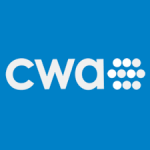 California Workforce Association works with local workforce development boards throughout the state to meet the needs of local employers while helping workers get good-paying jobs. CWA's vision: A prosperous California where thriving industries are sustained by a highly skilled, diverse and innovative workforce.