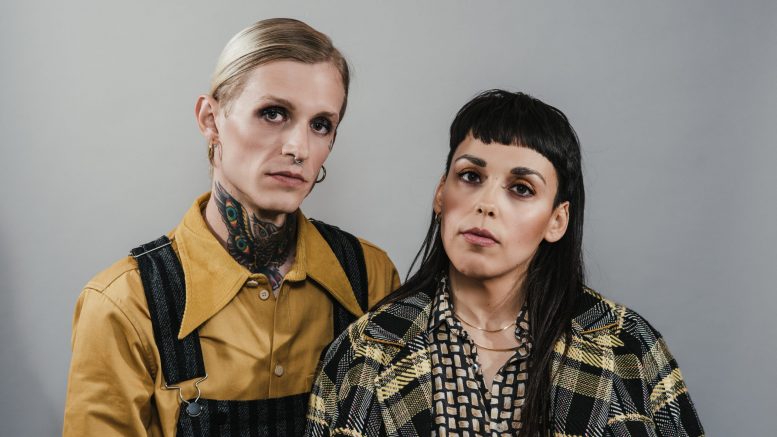 Learn how a popular craft brewery is supporting the arts community

We caught up with lead singer Terra Lopez to ask her about the band, today’s concert and what life has been like the past 18 months.

Tell us a little about yourself and the band. How long have you been together, where are you based, what genre of music do you play?

Originally we were Sister Crayon, a full band, but then we signed with Warner Bros. in 2016 and paired it down to a duo, so the name didn’t really fit anymore. We renamed ourselves Rituals of Mine. Adam Pierce and I…have been creating together since 2017.

Sacramento has always been so supportive—I’ve lived in a lot of different cities, but I always come back to my hometown.

Probably the easiest (music label) is electronic music, but we also are known for Trip Hop. For the band, I’m primarily the singer, but I also write all the songs. Adam provides the live drumming.

How are you connected to Sierra Nevada Brewing Co. and how did this concert come together for you?

Sierra Nevada actually reached out to us—some people on their staff are big fans, which is great because they are doing some awesome things for the arts. And I’m not much of a drinker, but Adam loves beer and loves their beer (laughs).

Before Delta, we’d planned on playing an intimate (live) show (here locally), and also livestream it, so that was always a component. But now with the variant surge, we just went online.

How has COVID been a factor for you the last year and a half?

COVID has definitely impacted every artist I know. For us, we released our sophomore album last September, but to not be able to tour for the first time in 15 years of doing music…was financially very impactful. We lost 90% of our income, which is true of most artists.

I also felt my mental health was impacted. It kind of came in waves. At first, it felt exciting—like, ‘we get to take a vacation and look at our art in a different way.’ And we learned a lot—new software, how to livestream, video editing…And at first, I was writing, very creative—I wrote a song a day, which is a lot for me…For awhile it felt like we were just going to be resourceful and figure out ways around this.

But as the pandemic wore on, it started to seem like there was no end in sight. Livestream wasn’t that exciting anymore…I couldn’t write at all, I felt very stuck.

Just recently, though, I went to Florida and worked with our producer—I wrote five news songs, very inspiring. COVID has been really difficult but it’s also created a silver lining—it’s allowed everyone to look at their art and life in creative ways.

For fans or people new to Rituals of Mine, what can they expect at the livestream concert in this series? And is there somewhere people can buy your music and other merch?

There will be songs from our new album “Hype Nostalgia” that we haven’t been able to play live, like “Free Throw” and “Come Around Me.”

And on the Bandcamp website (below), you can purchase all of our music—CDs, vinyl or digital. There are also some fun T-shirts, hats, whatnot. It’s all available there in the store front.

The proceeds from this concert will be going to Sister Nora’s Place, which is part of Loaves and Fishes. It helps provide housing for women and non-binary people in the unhoused community.

To purchase music or merch, go to https://ritualsofmine.bandcamp.com/

To donate to Sister Nora’s Place, use the donation icon here: http://Rituals of Mine – Doing Big Things

The goal was simple when we started to make incredible beer. But there’s more at stake, so we brew and do business like the planet's future depends on it, because it does. We also look to artists and their music for inspiration, for motivation, for both connection and escape. In celebration of Sierra Nevada’s Big Little Thing Imperial IPA, we highlight local musicians in Doing Big Things: A Music Benefit Series. https://sierranevada.com/