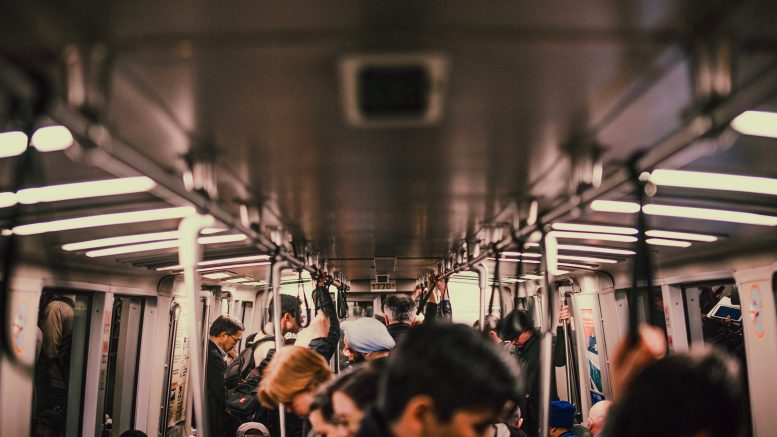 By Carmen Gonzalez for CalMatters

When Melanie Lindo was considering her transfer to a UC campus, her choice didn’t come down to academics or campus resources but how long, complex and pricey her bus ride would be.

“Compared to all the other UCs I was accepted to, UCLA was the cheapest in terms of transportation,” said Lindo.

Prior to attending UCLA, Lindo’s commute to Santa Monica College from Echo Park in Los Angeles put her at a disadvantage academically: She would cut evening study sessions short knowing she would have to wake up in the early morning to catch a bus — one she hoped was on time. “Sometimes the bus is delayed, so instead of waiting the 10 minutes, it’s a 20-minute wait, meaning I’m most likely going to miss a good portion of the lecture,” she said.

Now, Lindo’s commute is both less stressful and cheaper. She’s able to take a bus directly from her home to UCLA’s Westwood campus. She also gets reduced fare thanks to partnerships between LA Metro and nearby campuses including UCLA.

Transit costs and lack of available bus or train service is one component of the high cost of college that is pushing many low-income students out of the state’s higher education systems. Some campuses have partnered with local transit agencies to reduce or waive all costs for students, with early data indicating these programs have a positive impact on student success.

Gov. Gavin Newsom vetoed a bill last year that would have created more reduced fare pilot programs throughout the state, but students and advocates are still convinced expanding transit access is a relatively easy way to boost student retention and success.

For many students, commuting time and experience are part of the calculus of pursuing higher education. While the number of commuters at California colleges varies by campus, the national average is that about 85% of students do not live in university-owned housing on campus. Almost all of California’s 2 million community college students commute by car, bike, walking or public transit.

“This is a basic need,” says Heather Brandt, a psychology student working to bring free transit to the City College of San Francisco in her role as student chancellor. “It’s an easier issue to solve than some of the other issues that exist, like maybe housing, which require more long-term solutions.”

The state prioritized helping students with basic needs such as food and housing as part of the 2021-22 budget, including $30 million for the California Community College system to establish basic needs centers and hire staff to assist struggling students.

Colleges can also use the money to create reduced fare partnerships with their local transit agency.  Currently, 75 of the 116 community college campuses offer some type of reduced or free transit program for their students, according to researchers at the University of California Institute for Transportation Studies. However, the researchers also found that on average, transit passes were more expensive than parking passes for California’s community college students.

Whether students have the option to commute by car or have to take public transit, costs can quickly add up.

Students can expect to spend around a fifth of their yearly income on transportation, according to a 2018 report published by The Hope Center for College, Community and Justice at Temple University in Philadelphia. In California that number equates to a yearly average cost of $1,026 for transportation to and from campus for students who live in non-college off-campus housing, according to survey results from the California Student Aid Commission. The 2022-23 survey of student expenses included transportation costs for the first time.

Students will spend $9,500 a year to commute by car, when factoring in the vehicle price, gas and maintenance, according to the federal Bureau of Labor Statistics.

Rising transit costs were a sticking point for the UC’s 48,000 striking academic workers. In deals struck with four bargaining groups over the past month, all included some form of transit subsidies, such as offering e-bike discounts, and a commitment from UC that it will “attempt to negotiate reduced-fee or no-fee access to regional transit systems.”

Lindo pays a discounted fare through UCLA, around $40 a quarter, which gives her access to the bus she rides to campus, as well as rides with seven other local Los Angeles transit agencies, opening up the county to Lindo and allowing her family to afford other essentials.

“Although my family has cars, they need them for work,” she said. “Having to purchase a car or live on campus is not something I can afford.”

These elevated costs prompted a number of colleges to take action to try and cover the cost of commutes for their students.

In Orange County, 22 area colleges are participating in a reduced fare program with the Orange County Transit Authority, including community colleges, UC, CSU and private college campuses. Students get unlimited access to OCTA buses for $46 per semester, as long as they are enrolled for at least nine credits at their institution. Regular fare for a 30-day OCTA bus pass, which would not cover an entire semester, is $69.

In 2021, Rio Hondo College, in Los Angeles County, participated in a national study conducted by The Hope Center at Temple University to gauge the impact of Los Angeles Metro’s free fare U-Pass program. Researchers found Rio Hondo students who received free transit passes were 17% more likely to attain credentials and 27% more likely to earn an associate’s degree compared to students who did not receive the passes. Russell Castañeda-Calleros, the campus’ director of government and community relations, believes other colleges should invest in creating similar programs for students.

“At the beginning, there were a couple of staff members who were somewhat skeptical,” he said. “Little by little we were able to get buy-in from the staff. And now we’re at the point where they expect it every year.”

After the Rio Hondo study, LA Metro launched its expanded U-Pass program, replacing GoPass. While under GoPass, students pay a reduced fare directly to the transit agency, under U-Pass campuses pay a lump sum to make the free or reduced rate available to all enrolled students.

Structuring free fare programs more like U-Pass can benefit both students and transit agencies, said Eli Lipmen, executive director at Move LA, a nonprofit transit advocacy group. Asking students to pay up for passes “is not feasible. Most students don’t have that kind of money to spend,” he said.

“We set the [U-Pass] program up so that very intentionally, every school that participates, or every school district that participates, they have to pay the cost sharing for every student for the sole purpose that we want the passes to be available to every student for equity reasons,” said Devon Deming, deputy executive officer of LA Metro’s Fareless Systems Initiative.

Currently, 18 community college, UC, CSU and private college campuses are participating in the U-Pass program. LA Metro also has an application for students to inquire about bringing U-pass to their campus.

But City College of San Francisco is not participating, something Brandt is hoping to change. She’s also contacting members of the San Francisco Municipal Transportation Authority to inquire about how to bring free transit to students in her city. And she’s been active in statewide transit efforts: Last year, she advocated for Assembly Bill 1919, which would have created the Youth Transit Pass Pilot Program to give free passes to K-12 and college students in California.

Brandt says she was disappointed to see the legislation vetoed. In his veto message, Newsom cited a lack of funding in the state budget for the program’s $115 million annual cost.

“I wish we valued our California students and prioritized them. And one of the ways that we can do that is by ensuring that money goes to them to be able to pursue higher education, and to not continue to widen the gap that exists,” Brandt said.

With a potential $24 billion state budget deficit looming in 2023, Lipmen says the likelihood of a statewide student transit bill passing would be slim, though that will not stop Move LA from continuing to push for greater state support.

Unlike other states, California has the transit infrastructure in place: 93% of community and trade colleges have a transit stop within 0.5 miles of campus, according to data from the Civic Mapping Initiative. Nationally, that number stands at just 57%.

“One of the exciting things to think about when you focus on this issue in California is that you’re talking about increasing service to stops that already exist,” says Abigail Seldin, cofounder of the Civic Mapping Initiative. “So that’s a big opportunity.”

Having stops in places where students need to go increases the impact of reducing fares.

“Transit is about affordability, but it’s also about reliability and frequency,” Lipmen said. “You don’t want free transit that sucks, that isn’t good. We want fast, frequent and reliable transit as well.”

González is a fellow with the CalMatters College Journalism Network, a collaboration between CalMatters and student journalists from across California. Network program manager Matthew Reagan contributed reporting. This story and other higher education coverage are supported by the College Futures Foundation.