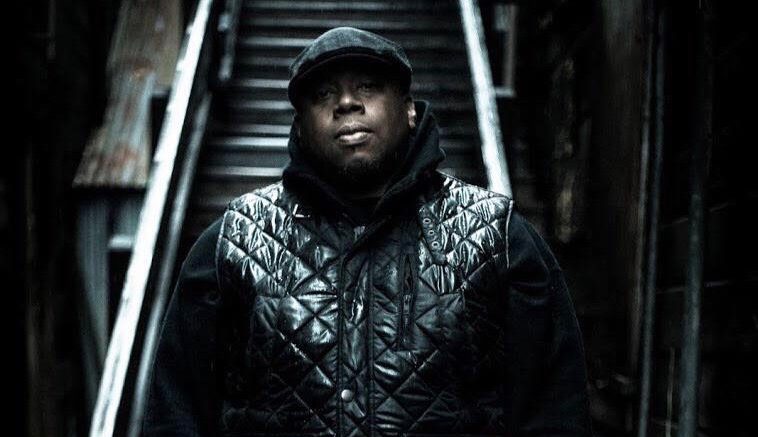 Since the September release of his tenth album “The Passionate Scribblings of a Grammatic Architect,” Sacramento hip-hop artist Mr. Hooper has been going nonstop. That’s not out of the ordinary for him, but the last few weeks saw Hooper especially busy as he appeared on podcasts and received recognition for the noteworthy collaborations in his new musical effort.

“Passionate Scribblings” marks Hooper’s ninth solo album, having been steadily putting out work since his debut, “Soul Controllers,” which he shared credit for with his brother under the name “Real Brothers.” Hooper sends out a nod to those early days at the end of his new release by resurfacing a previously unreleased track from a Real Brothers recording.

Hooper has been creating music professionally since 1991, but “The Flood” – recorded in 1990 — shows one of his earliest approaches to hip-hop. His origin story involves he and his brother starting to create and collect recordings in their mother’s Sacramento home.

“All our pre-production and demos were done at her house on our little four-track and that came straight from one of those cassettes,” Hooper said. “I remastered it for the album. The only thing that was added was that little clip at the beginning … and that was just for dramatic purposes.”

The title of the album wasn’t set in stone until Hooper floated the idea by frequent touring partner and collaborator, Mr. P Chill. In conversation, Hooper mentioned some lyrics on the album: “I’ve been an architect with no sense of time, building Winchester mansions with my endless designs.”

During production, he kept hearing “architect with no sense of time” replaying over and over. Hooper reflected that he takes his art all over the place in the album (in some cases, literally to another country), while expressing a lot of ideas with equal passion. To him, it’s a suitable title for the album and for himself, given his creative process.

“Over my entire life, I’ve been just doing this shit non-stop,” Hooper stressed. “Nobody’s ever laid a million dollars in front of me. I’ve been doing it without any sense of trying to appeal to anybody.”

The pairing between Mr. P Chill and Hooper began in 2002 when the former sent over a demo, hoping to get added to local shows. The two began working together that year and have continued to share bills all over the West Coast and beyond. According to Hooper, Mr. P Chill eventually asked him to feature on one of his albums.

Speaking separately, Mr. P Chill likened their relationship to a family. He said that when he was starting to get gigs early on, Hooper was the first on a long list to give him a chance.

“We’ve been working together for over 20 years; he’s like a brother to me,” P Chill explained. “I’m forever indebted to that man for even having a career. He was already going and he gave me a gig and from there, some other ones came out of it. We’ve toured I don’t know how many times.”

As with “Simone” from his 2017 release “Auto Reverse,” the new album again finds Hooper opening up his little black book in “Center of Turin,” which tells the story of two potential love birds. Hooper points out that its story is plucked directly and immediately from life experience.

“I wrote it while I was in Italy,” he said. “I’ve been doing this for a very long time where I tell the stories about the initial interactions in a relationship via chase or an attempt at something. I always find that to be a very interesting time in any relationship.”

For this track, Hooper brought in first-generation Italian-American Kristen Guidi (a Sacramento talent now) to voice the object of his affection.

As a sort of letter to his younger self — and by extension to young Black minds from similar circumstances — Hooper penned “Black Boy” for the midpoint track on his latest the album. It came from an idea he’s wanted to explore for a while. Hooper acknowledged that people from many other races deal with something akin to what he’s writing about, though the experience of being Black in America comes with unique circumstances. He added that his travels also inform his perspective. Having seen and lived as he has, Hooper wants to address a youthful audience through this song and connect with others like him at any age. The track is broken up into three stages, constituting a blueprint of what the artist considers major points in a man’s life. It’s an anthem of sorts to give hope to those in strife.

“The path may look the same, but once you get on, it is not the same: there’s different obstacles, different ditches, different signs,” Hooper observed. “And everything is normal until you leave home. It’s not just happening to you. Just remember this is still part of that same journey and you’re a part of it. And you still gotta keep pushing until we don’t have to deal with it anymore.”

Asked about it, Mr. P Chill finds himself almost struck, remembering the impact that “Black Boy” had on him.

“Of course, I like Cassette Noise, and — oh my god … the one about the young kid growing up,” P Chill said about the song. “That was just so deep, and the message is so heavy on there. With every song, somebody needs to hear it. That will resonate with both people who are gonna go through that experience and people like myself who will never experience that. That’s an important message.”

For “One Day,” a track that features rapper Mike Ladd from the Bronx, Hooper also enlisted the help of another New York artist, producer Musik G.

According to Musik G, his connection to Hooper spans nearly 20 years.

“I met him in London,” Musik G recalled. “We were in London on a promo run for an album called Underground Cartel. At that time, he was known as Crazy Ballhead. I had vocals on another track called ‘Cassette Noise’ [on ‘Passionate Scribblings;]. I’m the middle artist. It’s Mr. P Chill, then me, then Mr. Hooper.”

Before working with Hooper on his last release, Music G featured on a single Hooper released in 2020 called “Jaw Jackin’”, which won People’s Choice Song of the Year at the Salem, Oregon radio station, KMUZ. That same station is honoring “Motivated Movements” as People’s Choice for 2022.

As far as the opening track of “Passionate Scribblings,” it’s a song that began in front of Hooper’s home: He was leaning over the hood of his car when he found a beat that led to a collaboration with local DJ, Turntablist Ajax.

“I was standing next to my car and it just struck me right away,” Hooper said. “I just took it and wrote it before I went to the house. Wherever it hits me. That’s where it happens.”

That’s how it is more often than not for Hooper. His lyrics typically come from genuine moments and, according to him, the songs manifest mysteriously. There is no choice other than to stop the world and capture the thoughts – a tune, lyrics, a beat.

It doesn’t matter that instruments and recording equipment aren’t always within arms-reach.

“If I was dead tired, sleep wasn’t going to happen,” he mused, contemplating the timing of his inspirations. “It’s something that happens in my life that triggers it. Before cell phones, I couldn’t guarantee myself that musically, I would remember or would have the same feeling the next day, so I would just get up and start working on it to a point where I feel like I satisfied that urge. If I’m driving or in traffic, I’ll put the phone on record and start spitting all the lines that come to me until I don’t have anything else to give.”

Be the first to comment on "Scribblings on a scribbler: Mr. Hooper shares his muse with Sacramento’s generations"