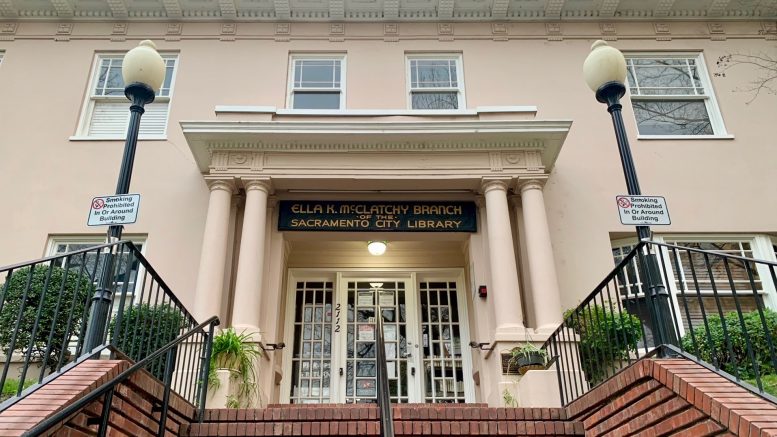 The Sacramento Public Library recently announced that it reached a record-breaking 3 million digital book checkouts in 2022, elevating it to one of the top 20 public library systems in the world for digital circulation.

Library officials said the achievement illustrates the continued growth – and clear importance – of ebooks, audiobooks and other digital content within the library’s lending system. They feel success on this front marks progress in serving all members of Sacramento’s community.

The Capital City’s free book center was the fifth library in California that surpassed one million digital checkouts in a calendar year. It has been providing readers 24/7 access to ebooks and audiobooks for several years now through the award-winning Libby app, which is a library tool created by OverDrive.

“We are proud to be among only 37 public library systems worldwide that have surpassed three million digital checkouts,” said Library Director and CEO Peter Coyl. “Apps like Libby allow the Sacramento Public Library to expand our reach beyond our physical walls by connecting users of all ages to information and helps nurture literacy.”

Coyl also thinks the library’s large digital collection helps serve readers of all ages and interests, which explains why usage has kept going up each year.

According to Coyl’s team, the highest-circulating title that Sacramento readers borrowed in 2022 was The Four Winds: a Novel by Kristin Hannah. More than 5,000 locals checked that ebook out in 12 months. It was followed closely by The Last Thing He Told Me by Laura Dave. Rounding out the top five ebooks were The Invisible Life of Addie LaRue by V.E. Schwab, The Midnight Library by Matt Haig and Bridgerton Collection, Volume 1 by Julia Quinn.

The library’s top-circulating literary genre for ebooks, Romance, represents the most popular type within a vast catalog that includes mystery, fantasy, children/young adults and more.

Audiobooks were a different story. The top audiobook borrowed in 2022 was The Subtle Art of Not Giving a F*ck by Mark Manson and Roger Wayne. More than 5,399 Sacramentans were in the mood to learn how to not give a F*.

The audio book version of The Four Winds was also a hit with some 4,383 patrons checking it out. The other top audiobooks in Sacramento were Where the Crawdads Sing by Delia Owens and Cassandra Campbell, The Last Thing He Told Me by Laura Dave and Rebecca Lowman and A Promised Land by Barack Obama.

Several months ago, Library Journal reported that audiobook revenue in the U.S. had grown by 25% over the previous year, capping an unbroken decade of double-digit growth.