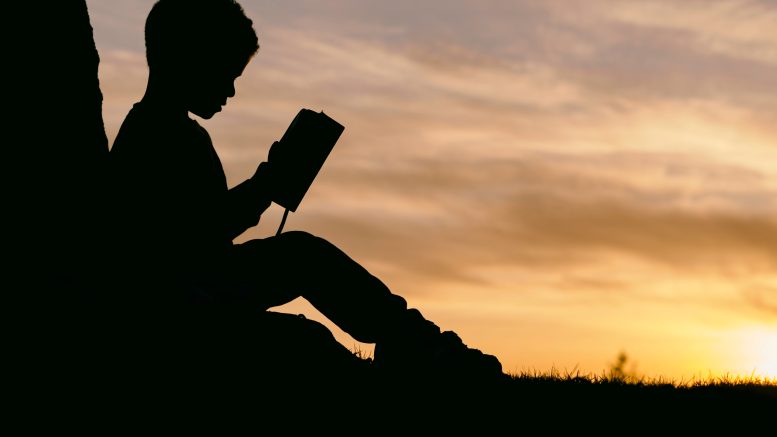 A new bill will provide free children’s books to families with young kids and may be a positive turning point for Sacramento’s youngest generation. And an American music icon will be helping along the way.

Dolly Parton’s Imagination Library was established in 1995 as a way to encourage reading at a young age. Her program reaches children within the United States, the United Kingdom, Ireland, Canada and Australia.

In California, the Imagination Library is organized through the State Librarian. Participating local nonprofits and organizations will pay half of the costs for the books and the state will pay the other half.

Alex Vassar, communications manager for the California State Library in Sacramento, said that childhood literacy programs like Dolly Parton’s Imagination Library allow children to succeed later on in their education, noting that the program sends the same books to all enrolled children, regardless of the family’s background.

“You would definitely see a larger impact in the lives of children whose families aren’t able to afford to build a home library for their kids,” Vassar observed.

Vassar added that local libraries are another good resource for literacy as they are accessible to anyone, some even offering lunch programs for kids when school is not in session.

“There are more than 1,000 local libraries throughout the state of California,” he pointed out. “They are a safe place for kids to go.”

Vassar also mentioned that many public libraries have their own affordable reading programs that parents can look into if they want to continue reading to their children after they pass the new program’s age requirement. Local libraries such as the Sacramento Public Library provide ebooks, magazines and other online educational resources when signing up for a free library card.

“When children are hearing language, even the smallest infant…when they are picking up on all of these important cues, that’s setting a foundation for strong brain development,” Brown-Wood emphasized.

According to her, language sets a foundation for the ability to read, write and spell.

“If you’re struggling with language development…it’s going to be that much more difficult to then learn how to break the code of literacy,” Brown-Wood said.

Nationwide, adult literacy scores vary on a wide scale by state and California has the lowest adult literacy rates across the U.S., sitting at 76.9%, according to Think Impact.

“Within America, Sacramento’s included … our students’ literacy rates and scores are abysmal,” Brown-Wood reflected. “Depending on how [the Imagination Library Program is] done, I think that it could positively affect literacy rates in the areas that are utilizing a program like that.”

Joann Stang is a founding member of BASIC, one of the bill’s supporters, whose organization is based in Borrego Springs, a community of about 3,000 people in San Diego County. BASIC is a non-profit organization that helps meet the educational needs of the residents of Borrego Springs. Stang said that in addition to the Imagination Library program, the organization also offers two other educational programs: a summer learning academy and scholarships for students going into higher education. She says that research through the Imagination Library shows that reading books to children will make a difference that is noticeable from the third grade onward in academic performance.

“Children who are being read to with books in the home show a substantial difference against their non-book peers, even up to third grade,” Strang said.

She added children can be enrolled any time in the program up to their fifth birthday.

“If they are enrolled at birth up to age five, they now have a library of 60 very beautiful children’s books,” Strang noted.

Jose Cruz works as the chief executive officer for the San Diego Council on Literacy and as of now has over 400 children signed up for the program.

“Somebody warned me, saying, ‘Be careful, this thing can grow really fast,’” Cruz remembered.

Cruz added that the monthly average cost per child in the program would be around $2.09, adding up to about $25 a year. The costs will be split between the state and local nonprofits or other organizations that promote reading; families will not pay anything.

The legislature approved $68.2 million to run the program within the state for up to five years, according to the bill analysis.

“In some under-resourced areas and under-resourced populations, they might not have enough money to buy a bunch of books,” Brown-Wood asserted. “A program that provides free books, quality books, that is fantastic.”

Information about county affiliate programs in California and other states can be found through the Imagination Library’s website.