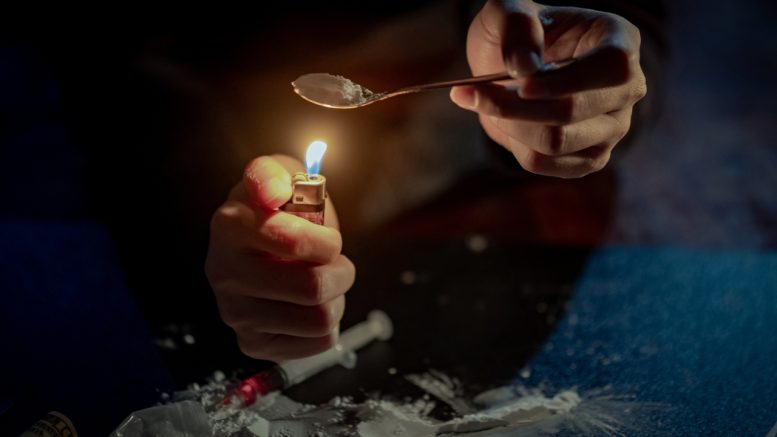 In the wake of the C.D.C. recording America’s deadliest year ever for drug overdoses, federal prosecutors recently announced they have secured a guilty plea – and the cooperation – of a member of a reputed trafficking group that linked Canadian smuggling routes to homes and businesses in Sacramento, West Sacramento, Davis and Roseville.

The man no longer fighting the case against him is 34-year-old Amandeep Multani, who at the time of the sting was living in a large house in Roseville’s West Park neighborhood. Multani’s alleged co-conspirators, Parampreet “Dudi” Singh and Ranvir “Lally” Singh, have pleaded not guilty to multiple charges; and prosecutors say that Multani will “cooperate fully with the United States” in its case against the two.

Every suspect in the group came onto the radar of Drug Enforcement Agency investigators between the summer and fall of 2020. Locally, attention on the trio began that October when Sacramento DEA agents were contacted by their counterparts in Ottawa County, Canada. Despite being an American federal law enforcement agency, the DEA openly acknowledges that it has “92 foreign offices in 69 countries.” Its personnel on the ground in Ottawa had specifically become aware of Parampreet Singh.

According to a sworn affidavit in the case, an undercover Canadian officer from the York Regional Police had managed to start conducting controlled “buys” of narcotics from an organization with Parampreet Singh at its helm. The affidavit notes that these clandestine operations where happening within that officer’s jurisdiction, even though Parampreet Singh lives in Davis, California.

“On September 20, 2020, [the York undercover officer] contacted [Parampreet] Singh using WhatsApp,” DEA Special Agent Joshua Matas wrote in a court filing. “Singh advised there was a shipment of opium arriving in Vancouver … Singh said he wished [the undercover officer] would coordinate a pick-up of this shipment with his Canadian-based counterparts.”

Mastas’s report also details that Parampreet Singh allegedly assured the undercover officer his group could further supply “up to hundreds of kilograms of cocaine, heroin, opium and ketamine” by way of its trafficking connections “in Mexico, India, Pakistan, Afghanistan and Germany.”

Conversations between the York officer and Parampreet Singh continued throughout the fall of 2020 and are said to have included Singh mentioning various amounts of cocaine and heroin he would be selling above the opium cache that already came through Vancouver.

According to the DEA, these discussions were mainly held in the Punjabi language, though sometimes the exchanges were in English and in Spanish. More controlled buys were allegedly arranged.

In November of 2020, Sacramento-based DEA agents reportedly used cell phone data, state business records and “drive-by surveillance” to determine that Parampreet Singh was actually the owner of a well-travelled Chevron gas station and mini-mart on West Sacramento’s Harbor Boulevard. The Chevron sits right off an exit for Interstate 80 between the Downtown Sacramento and open lanes to the Bay Area.

Ranvir Singh, who Parampreet referred to as his cousin, owned a cargo and freight company with an office just off Sacramento’s Alta Arden Expressway.

As Sacramento’s federal agents got busy on the case, the undercover York officer was still communicating with Parampreet Singh, now allegedly through the encrypted text message app BOTIM. During these exchanges, according to court filings, Singh referred to the government’s current cooperating witness, Multani, as “his guy” in Sacramento. DEA agents determined that Multani was the owner of local trucking company called 5AAB Express.

Federal prosecutors assert that controlled buys between Parampreet Singh’s group and Canadian and Sacramento law enforcement continued into March of 2021. In one of these operations, DEA agents allegedly watched the trio use Parampreet’s West Sacramento Chevron as a pick-up point for the drugs.

The two suspects reportedly drove from West Sacramento to The Cheese Cake Factory on Arden Way, where they met with yet an undercover agent to hand over their big, green bag full of ketamine.

Eventually, the trio was arrested.

In December, Multani pleaded guilty to possession and conspiracy to distribute cocaine, heroin, opium, and ketamine. Prosecutors for U.S. Attorney Phillip A. Talbert have suggested that they may leverage Multani’s knowledge of how the Sacramento-Ottawa pipeline worked as they seek to prove Parampreet Singh’s organization sold hundreds of thousands of dollars-worth of illegal drugs in Canada, and tens of thousands of dollars-worth in the Capital Region.

In May of 2022, the C.D.C. announced that drug overdose mortality levels had reached record highs during the first half of 2021. The agency’s National Center for Health Statistics logged at least 107,622 deaths that year, which was a 15% increase from the shockingly high rates seen in 2020.

The 2020 death toll itself represented a 30% increase from its previous year.

Opioids and synthetic opioids brought the lion’s share of death to the nation in 2021. For more than a decade, addiction experts have cited the type of heroin and opium that Parampreet Singh’s group was allegedly trafficking as a gateway, and a broad factor, in fueling dangerous opioid addiction.

After reviewing the latest C.D.C. data, the American Medical Association released a statement in December that noted “the nation’s drug overdose and death epidemic continues to worsen,” encouraging state and federal policy-makers to take “action to increase access to evidence-based care for substance abuse disorders, pain and harm reduction measures.”