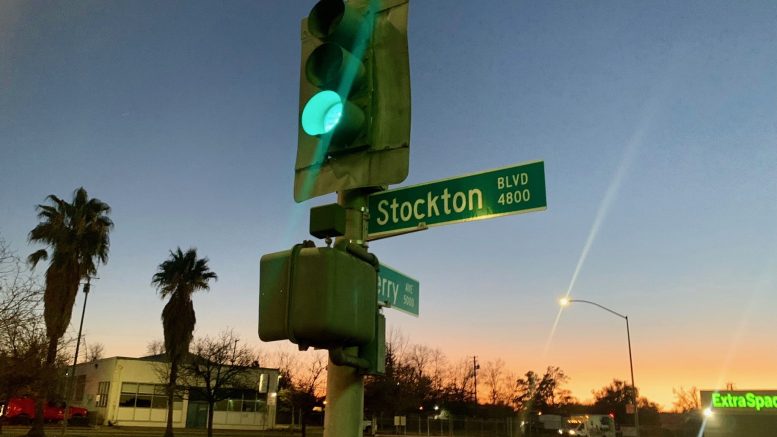 The City of Sacramento says it’s crafting a new vision of economic vibrancy and revitalization for Stockton Boulevard — and more affordable housing will play a big role.

In September, the city announced plans for a vacant 8-acre lot on Stockton Boulevard — near West Campus High School — to become the location for 200 new affordable housing units. The project is expected to be completed in January 2024 and will become nonprofit developer Mercy Housing California’s largest development in the region. Mercy Housing, in collaboration with the city and the Sacramento Housing and Redevelopment Agency, are spearheading the $15 million project.

“These 200 units are part of the city’s nearly 800 affordable units starting or under construction right now,” said Sacramento’s Housing Policy Manager Danielle Foster in a news release about the project. “And they are the first of almost 1,400 planned for the Stockton Boulevard area, which will mostly be affordable and rental housing to help provide affordable options for the local workforce and existing residents.”

Mayor Pro Tem Eric Guerra added in its own statement that the project is “a unique opportunity to turn an underutilized and vacant lot for the last 12 years into 200 units of affordable housing to meet our regional needs.”

The project will include resident services and programs “to support housing stability, financial literacy, life skills and after-school programs,” according to Guerra’s office.

In order to ensure the housing units stay affordable, the project was subject to the Low-Income Housing Tax Credit program. The federal program was created in 1986 (and has been modified several times since) as a way to encourage the construction or rehabilitation of affordable housing through government subsidies.

New affordable housing on Stockton Boulevard will play a critical role in the city’s larger goal to revitalize this 4.5 corridor through its Stockton Blvd Plan, according to Sacramento Senior Planner Elizabeth Boyd. The Community Working Version of the plan was recently released to the public. In addition to housing, the plan incorporates workforce and economic development, streetscape improvements and anti-displacement measures, among other things.

“The city has been part of a systemic, unjust system … and [we’re] trying to repair this by building relationships and making sure people have access and understanding of what’s going on,” Boyd said.

A long-term commitment of the city is to “focus investment in these historically-disinvested communities without causing displacement,” she added.

Frank Louie, executive director of the Stockton Boulevard Partnership, a group of business and property owners in the area, said the Mercy Housing project will provide multiple benefits to the area, including a more welcoming streetscape.

“As an older business corridor in Sacramento, changing economic circumstances have resulted in several vacant properties,” Louie said. “The result of vacant properties can best be described as a ‘smile with missing teeth.’ Also, the vacant properties act as a magnet for unauthorized encampments of unhoused people resulting in a public safety issue on Stockton Boulevard.”

The project will also offer more housing opportunities for people employed as grocery clerks, gardeners, teachers and others to live in the same neighborhood where they work, Louie predicted, He added that “combined with access to mass transit on the busiest bus line in the city, this project is the type of high-density development that is environmentally sound.”

This project isn’t the only affordable housing development happening in Sacramento as the city aims to confront its housing and homelessness crisis. On Oct. 25, Sacramento City Council took another step in this direction by approving more than $35 million to fund 820 new affordable housing units. These will be built in six new developments throughout the city, including in areas off Stockton Boulevard and in Oak Park.

Four of these projects will have units for people experiencing homelessness, and one will provide transitional housing beds for unhouses individuals, according to a press release.

“This is a strategic and deliberate recommendation in our ongoing effort to reduce unsheltered homelessness,” said Mayor Darrell Steinberg in the release. “Building more permanent housing is crucial to keeping and getting people housed.”