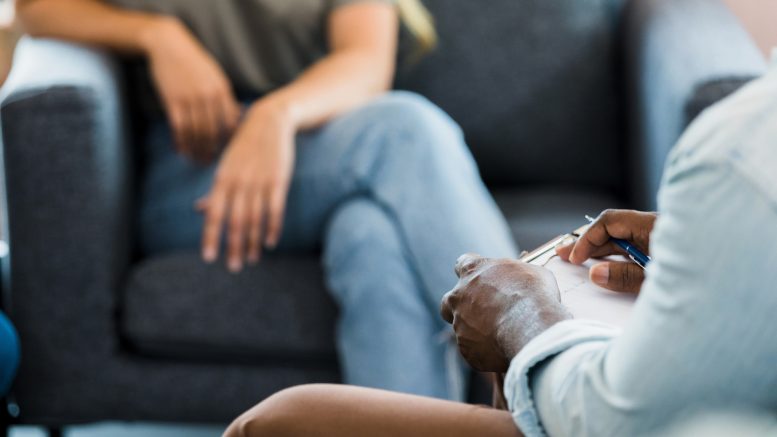 A quarter of 1,500 Kaiser clinicians surveyed in California said they had patients who could not access care in their primary language

Jessica Dominguez started working at Kaiser Permanente’s Richmond, California, hospital in 2014, excited to work with Spanish-speaking patients. A licensed marriage and family therapist and the daughter of Mexican immigrants, she had spent a number of years working within Latino communities of the East Bay. Richmond, she figured, would keep her busy: Overall, the city is 44% Latino, and in some neighborhoods surrounding the hospital, the number rises upward of 80%.

She found, however, that Kaiser offered very little to Spanish speakers. There was a poorly attended meditation class and another support group that served about half a dozen people. “There were no other services in this big Latinx community, while it had robust services in English,” said Dominguez. She inquired about the inequity. “I was literally told by management: Spanish speakers don’t come,” recalled Dominguez. “I was like, well, that’s bullshit, because I’ve been working in the field for a long time with the Spanish-speaking community.”

In 2015, she convinced Kaiser to launch a pilot program aimed at bolstering its services in Spanish, which grew into a permanent program at Richmond called La Clínica, where she is the lead clinician. Before long, appointment attendance rates for Spanish speakers had surpassed those of English speakers. The team of clinicians grew from six to 20. When they surveyed patients, they learned that a third had heard about La Clínica through word of mouth. It was a success story, and one that Kaiser trumpeted.

But La Clínica’s ability to bridge the gap between Kaiser and Richmond’s Spanish-speaking community created a new problem: The therapists were stretched thin and couldn’t keep up. “How do we support people when we don’t even have time to use the bathroom?” asked Dominguez. She said she has raised the issue of needing more resources and staff to meet the mental health needs of the Latino community in half a dozen meetings with Kaiser leadership but hasn’t gotten anywhere. “My team is burning out — we’re dropping like flies.”

At the end of the month, La Clínica will lose another clinician: Dominguez herself. “I couldn’t keep going and be a part of a system that is harming people,” she said, referring both to the strain placed on therapists as well as the patients, many of whom must wait six weeks between follow-up appointments.

Dominguez is one of more than 2,000 Kaiser mental health care workers who have been on strike since August 15 as members of the National Union of Healthcare Workers. (Disclosure: NUHW is a financial supporter of Capital & Main.) Her critique of Kaiser echoes those of other clinicians, who cite the inability to provide quality care due to high caseloads. But Dominguez and other clinicians also cite the special challenges faced by immigrants trying to access mental health services in languages other than English, and who bore a disproportionate amount of the trauma caused by COVID-19.

“There’s a lot of stigma in the Latino-Latinx community around therapy and mental health,” said Jesus Solorio, a bilingual Kaiser therapist in Oakland. “It takes a lot of courage to reach out and seek these services. Patients get really disillusioned — it took them so much energy to request services, and now I’m telling them they can’t see me for six weeks.” Before moving to Kaiser, Solorio worked at a small community mental health agency in Hayward, which he said had more Spanish-speaking therapists than Oakland’s entire adult psychiatry department. “The resources are not there for us.”

After the nationwide protests sparked by the killing of George Floyd, Dominguez helped spearhead a survey of racial justice issues among more than 1,500 mental health clinicians at Kaiser facilities across California, which included challenges faced by their non-English speaking patients. More than a quarter of the respondents said that they have had patients who could not access treatment in their primary language, and 36% said that their patients had struggled because materials were not available in their primary language. Among the top recommendations was the hiring of more bilingual and culturally diverse staff.

In an emailed statement, a Kaiser representative said that more than 18% of its therapists identify as Hispanic or Latino and more than 7% as Black or African American, and that it is investing $30 million to recruit and train a new and diverse mental health professional workforce. “At Kaiser Permanente, we are building a highly inclusive, engaged and psychologically safe workplace where everyone has an equal opportunity to reach their full potential and use their diverse perspectives and strengths to support our mission.”

Last December, Dominguez learned from colleagues in San Francisco that Kaiser was planning on canceling its sole Spanish- and Chinese-language therapy groups in the city, citing low attendance. “That’s a pervasive theme at Kaiser,” she said. “When folks of other cultures or languages don’t show up, the first course of action is to cancel it and allocate resources somewhere else.” There are 90,000 Chinese-language speaking people in San Francisco with limited English proficiency, and another 32,000 Spanish-speaking. Despite the protests of Dominguez and others, the classes were canceled.

For Dominguez, it was another painful example of why, after spending eight years at Kaiser, it was time to move on. “When I see a Kaiser billboard in Spanish, I want to scream,” she said, fighting off tears. “Because you’re not providing what you’re saying on that billboard in Spanish. I don’t care if you show brown people. It’s not true.”