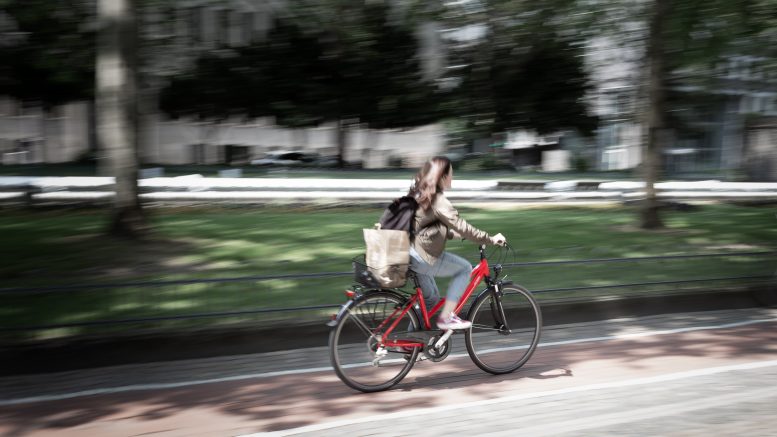 Lawmakers in California are making steady efforts to tweak the culture of fossil fuel consumption and increase awareness of climate impacts caused by greenhouse gas emissions. In fits and starts, change is underway, including plans to end the sale of new gas-powered vehicles across the state by 2035.

Those ideals are being put into action locally through a Sacramento Area Council of Governments pilot program called Green Means Go. The program identifies central parts of cities called “Green Zones” in the six-county Sacramento region and then makes efforts to increase infill housing where services already exist for residents, along with improving access to alternative modes of transportation and reducing commute times.

Less vehicle commuting means less greenhouse gas emissions. As part of this program, SACOG helps match state funding to transit-oriented development. Yet, champions of the program are also hoping it serves as an encouraging force around affordable housing in Northern California.

Green Means Go is one of SACOG’s strategies to help the Sacramento region meet its climate targets. In 2018, the California Air Resources Board set a new 19 percent emissions reduction target by 2035 for the region; if funding and policy don’t accommodate this goal, then CARB will reduce the target to 18 percent.

Currently, SACOG has $3 million in state funding to award to city applicants through the program. The funds, part of “Category A: Early Activation,” are meant to improve infrastructure of services like water, sewage, electricity and, in some cases, broadband internet. These improvements will help facilitate new infill development. The funds can also be used for planning. (Overall, Green Means Go will require hundreds of millions in funding across jurisdictions.)

Out of 28 local jurisdictions in SACOG, 23 have already adopted Green Zones. Some are along the main lines of Sacramento Regional Transit’s light rail system. Others are in Elk Grove, Folsom, Roseville and Auburn, along with a large patch in Yuba City, among many other locations.

SACOG Executive Director James Corless says his organization began working with city and county governments three years ago to determine what kinds of infill housing could be built and how many units might be created in these Green Zones.

“We’re trying to isolate and understand the additional infrastructure upgrades necessary to build housing that’s walkable, where you don’t have to drive as much or at all,” Corless notes.

While there aren’t requirements built into Green Means Go to ensure any number of units of infill housing are reserved for regulated affordable housing, SACOG encourages the vendors building those units to consider this need.

Corless says that if infill units are offered as affordable housing, their proximity to resources in these established areas would help to cut down the cost of driving farther to work or school, which would provide a larger economic benefit to those households.

“It’s really up to the cities and the counties,” Corless says, regarding whether they implement affordable housing requirements for their Green Zones. “We’re underproducing, as far as ‘big A’ affordable housing in general in the region, so we need a lot more of it.”

Calling Green Means Go a homegrown project, Corless says the design of the program is to take state mandates around housing or reducing carbon emissions and create actionable points that, so far, have received support at the city and county level. He adds that local officials “see [the program] as providing shelter and affordable transportation and economic development. The state sees it as meeting our housing goals and our climate goals. We’re the agency that has to translate those state goals into the local wants.”

West Sacramento City Manager Aaron Laurel, who has 17-years of experience in housing and economic development, says that development of infill housing comes with fewer challenges than greenfield housing built in suburban areas.

“We’ve experienced tremendous growth … in places that are really meant to benefit from Green Means Go,” Laurel says. “Riverfront areas, the Bridge District, the Washington District — places that the city has designated [for infill housing] years ago. This is where we want the high-density growth to happen. [It] has to be supported by transit and infrastructure investments.”

Most of the infill housing being built in West Sacramento are rental units, Laurel points out. Currently, the highest demand on the market is for rental housing, he says, adding that increasing the stock of market-rate housing gives people more choices and lowers living costs. And although affordable housing is not directly built into the requirements of Green Means Go, Laurel stresses that West Sacramento has a history of implementing ordinances for inclusionary housing.

“In West Sacramento, we prioritize regulated affordable housing as part of our plans for the riverfront areas,” Laurel explains. “The first project we built in the Bridge District was an affordable housing project. We have … three other ones that have either been completed or are in the works, and that was preceded by hundreds of units of affordable housing in those same areas that were built over the years.”

Where green zones make the most sense

With an increase in population in Green Zones — especially those in more rural areas built with a lower population density in mind — an increase in demand for gas and electricity, sewage, water, and other utilities will undoubtedly require upgrades.

Usually, the cost of upgrading utilities with the construction of such a project falls on the shoulders of the developer, who would have the liberty of spreading that expense over the many units they are building. In comparison, the lesser number of units built in Green Zones wouldn’t allow for such cost absorption, Corless says.

“We’re trying to remove that cost of fixing the outdated infrastructure and take that on the local and regional governments balance sheets,” is how he explains it.

Laurel says investing in infrastructure through grant funding “benefits developers because now they don’t have to take on those costs when they come to us for project approvals.”

Many of these new housing units in Green Zones will likely be multifamily and apartment units.

“We hope a lot of it will be affordable or low-market [cost],” Corless goes on. “It’s younger people who want to stay in the Sacramento region and can’t afford the rents right now; it’s college students, maybe from Folsom Lake College or [Sacramento] State. It’s folks just starting out in the housing market.”

As part of Green Means Go, Corless says there will also be infrastructure put in place to increase access and use of electric vehicles. He says that with the help of Sen. Richard Pan, at the end of the last budget cycle, the regional planning organization was able to boost the initial budget of $34 million to $38 million. This was specifically for the electric vehicle infrastructure. While “thrilled” about this money, Corless says, “The reality is, just for infrastructure … . We think we need $400 million.”

In a region with a growing housing crisis and on a planet suffering from the effects of climate change, Corless agrees that those two interconnected challenges are central to the Green Means Go project.

“Ideally, we’d also like to get more complete communities, jobs and services and affordable housing,” he says. “In this region, we have a lot of land that is either vacant or parking lots. They’re underutilized and they’re not the green spaces on the edge. They’re the gray spaces in the corridors and older suburbs. We want to repurpose those and reimagine them.”

1 Comment on "Affordability out of sustainability: Sacramento-area experiment could help merge a ‘clean’ future with viable neighborhoods"