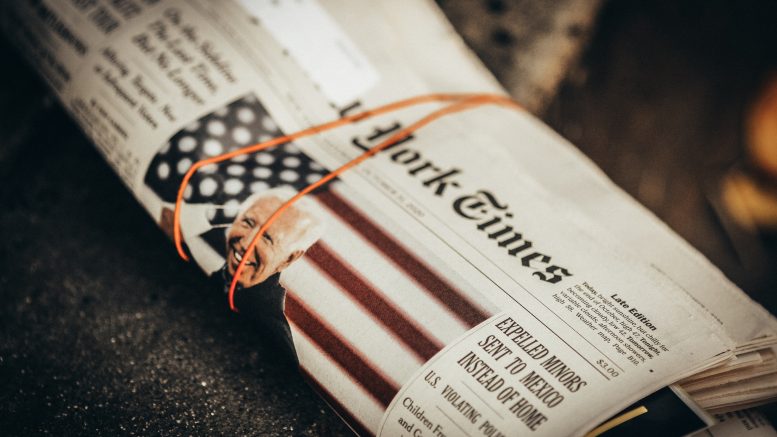 Journalists have always been loath to use the words “lie” or “liar” in a news story, and reporters are generally obligated to present both sides of political issues in their coverage of elections.

Then came the Big Lie: the unfounded assertion that the 2020 presidential election was rigged, and that Donald Trump won. The fairy tale has been unequivocally debunked in dozens of courts and found to be baseless by secretaries of state across the nation (and by audits of ballots, some run by partisans who were desperate to discover fraud). The Big Lie fueled the Jan. 6 insurrection at the Capitol that resulted in multiple deaths. It remains a clear and present threat to our democratic process.

But facts haven’t swayed some political candidates, who continue to wallow in the nonsense. In Nevada, some GOP candidates, including those running for the U.S. Senate and the office of secretary of state, are salesmen for the fantasy. In the N&R’s campaign coverage, we’ll be spotlighting those candidates’ adherence to the falsehood.

Journalists avoid the word “lie” because it is defined by the intent of the speaker. If someone claims the Earth is flat, is he knowingly lying, or just a simpleton? But intent doesn’t matter when it comes to the Big Lie. It’s immaterial whether those who spread it have swallowed the myth whole, or are pretending it’s true in order to further their ambitions.

The dangerous whopper is the most important thing about the campaigns of the election deniers. The Big Lie is now part of their names. There is no “other side”; a lie is always just a lie.

In the current election cycle, the stink of the baseless lie envelops those candidates. And shame will be attached to their names throughout history.

TOPICS:News & Review on The Big Lie

Be the first to comment on "A journalist’s view: There is no ‘other side’ to the Big Lie"