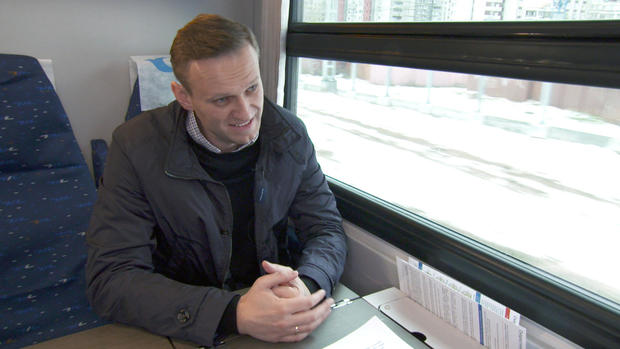 Over the last couple of months, the film I’ve found most deeply appealing is Navalny, the richly engaging documentary about the high-profile Russian dissident who barely survived an apparent state-sponsored poisoning and, after an extended period of recovery, returned to Russia in continued defiance, knowing full well that imprisonment or worse were likely awaiting.

Alexei Navalny, now imprisoned in Russia, is—along with his wife, Yulia—an active participant in the making of the film, which combines archival and TV footage with filmmaker Daniel Roher’s up-close coverage of Navalny’s recovery and resumption of political activity. A particularly astonishing part of Roher’s footage involves real-time coverage of a tech-savvy investigative reporter, Christo Grozev, using phone records, online documents and other digital artifacts to track and expose figures involved in the poisoning.

There’s a kind of movie-star glamour to the film’s dissident couple, which unmistakably enhances their visibility in the world of 21st century media. Roher calls attention to the couple’s media savvy, including the willingness of both to acknowledge that a certain amount of role-playing is a necessary part of their dedicated activism. In a way, this surprisingly deft and powerful documentary is a tutorial on contemporary heroism—vivid personalities and shrewd daring-do, refusing to turn away from terrifying risks.

Navalny premiered on CNN at the end of April and can now be streamed on HBO Max.

In “Ave Maria” (2015), a 15-minute short now streaming on Netflix, a squabbling family of Israeli settlers has their car break down just outside a Catholic convent somewhere on the West Bank of Palestine. The sisters in the convent have taken a vow of silence. With Sabbath looming, the Israelis want to phone for help but can’t. A Palestinian patrol car stops to investigate, and a brisk little comedy of cross-cultural manners ensues. Writer-director Basil Khalil, a native of Nazareth whose mother is British-Irish, brings a gently rowdy humor to this pungently humanistic concoction.

While browsing films from the early 1930s on YouTube, I came upon a classic of silent Soviet cinema, Alexander Dovzhenko’s Earth (aka Zemlya, 1930), that I hadn’t seen in nearly half a century. Along with Dziga Vertov’s Man with a Movie Camera (1929), it’s my great favorite among the early Soviet classics, but what moved me to an immediate revisit is that it’s set in the Ukraine, and its celebration of revolution and working folk flourishes above all in terms of the Ukraine’s wheatland landscapes. It’s often described as a political poem in the form of a film, and I’d hasten to add that this film’s poetry radiates something akin to the ecstatic pantheistic lyricism of Walt Whitman.

Be the first to comment on "Lens on history: the new documentary about a Russian rebel’s poisoning"