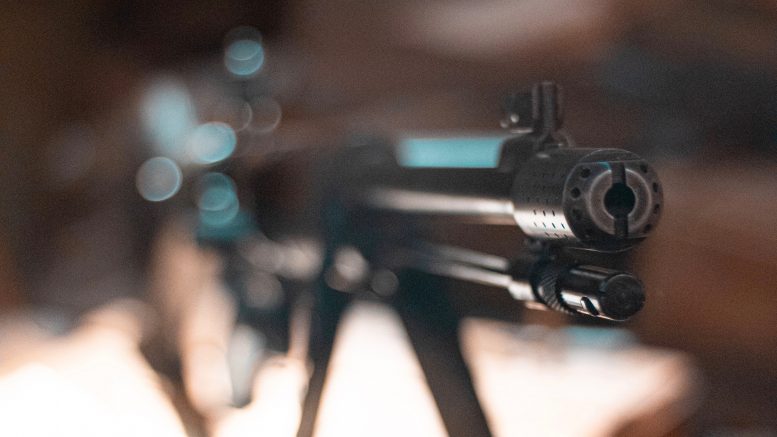 As Joe and Jill Biden emerged from the memorial church service Sunday in Uvalde for the victims of the nation’s most recent mass shooting, voices in the crowd implored the president:

These people who addressed the president spoke for the nation, spoke for all of us who mourn the precious lives lost to the insanity of Uvalde, Buffalo, Pulse Night Club, Emanuel AME Church, Las Vegas, El Paso, Tucson, Sandy Hook and so many other episodes.

They spoke for the vast majority of this nation that demands tough, meaningful and legal gun control.

Biden, as a senator, once helped make an assault weapon ban the law of the land. As president, he has seemingly succumbed to the paralysis of Washington when it comes to acting on behalf of the majority sentiment on putting a stop to mass shootings. In his remarks the day of the May 24 shooting, Biden asked, “When in God’s name are we going to stand up to the gun lobby.” And he wondered, “Where in God’s name is our backbone” when it comes to taking on the likes of the National Rifle Association.

These are not the questions that a strong leader should ask, not when he is the most powerful person in the country.

We know that there is little to no chance that Congress will do anything to actually stop the shootings or bring down the death toll, not when the NRA and the Gun Owners of America exert slavish control over Republican office holders as well as the one or two Democratic senators it needs to maintain the filibuster.

Given that sad reality, it is more urgent than ever that the president—with 1,500 lives lost to mass shootings since 2009—take on the gun lobby on his own, through executive action.

If he needs a playbook on some initiatives he might be able to take on his own, he should consult his vice president, Kamala Harris. When she was a presidential candidate not too long ago, she had some very strong proposals on presidential authority over the matter of guns.

Having been the attorney general in the state of California and the district attorney of San Francisco, Harris had a fairly comprehensive understanding of the legal minefield that would be at play. She still laid out a tough and comprehensive package.

Harris topped her gun-control list with a call for a reinstatement of the federal assault weapon ban. As recently as Saturday, as vice president, she reiterated her support for the ban.

“Everybody’s got to stand up and agree that this should not be happening in our country and that we should have the courage to do something about it,” Harris told reporters after a funeral for one of the 10 victims killed in the May 14 racist mass shooting Buffalo. “On the issue of gun violence. I will say as I’ve said countless times: we are not sitting around waiting to figure out what the solution is. Let’s have an assault weapons ban.”

She brought up the need for more gun regulation in the context of Congress needing to “act.” She must know that it won’t. As a presidential candidate, she knew what it would take to give the public what it wants when it comes to gun control, and that is strong executive action.

As a presidential candidate, Harris laid out the list of actions she said would enact in her first 100 days in office: ban assault weapons, mandate universal background checks, revoke the licenses on gun manufacturers even for civil negligence and as well as criminal violations, reimpose prohibitions on fugitives with outstanding arrest warrants, ban the importation of AR-15-style assault weapon and preclude abusive boyfriends as well as spouses convicted on domestic violence charges from buying guns.

It’s encouraging that some Republicans in Congress finally last week spoke with Democrats about passing the need for expanding background checks and “red flag” laws to keep firearms out of the hands of people who look like they’re about to blow. However, there is no immediate deadline for when the Senate has to act.

Let’s not kid ourselves. We need to do a lot more. We need to ban assault weapons like Senator Dianne Feinstein did from 1994 to 2004, a period that saw a reduction in mass-shooting homicides, according to a recent comprehensive study published in 2019 by the Journal of Trauma and Acute Care Surgery. We need to raise the legal age to buy guns. We need to keep guns out of the hands of people who shouldn’t have them.

According to the vice president, Biden can accomplish gun reforms with the stroke of a pen. She needs to have that conversation with Joe, to “do something.” Mr. President, there is no better way to honor the murdered innocent, and their families, than to stand up to the gun lobby and Republican senators, and put your signature on some tough executive actions that could actually save lives.

Jim Gonzalez is a public policy advisor, and former San Francisco supervisor. He chairs the Latino Economic Council of Sacramento.