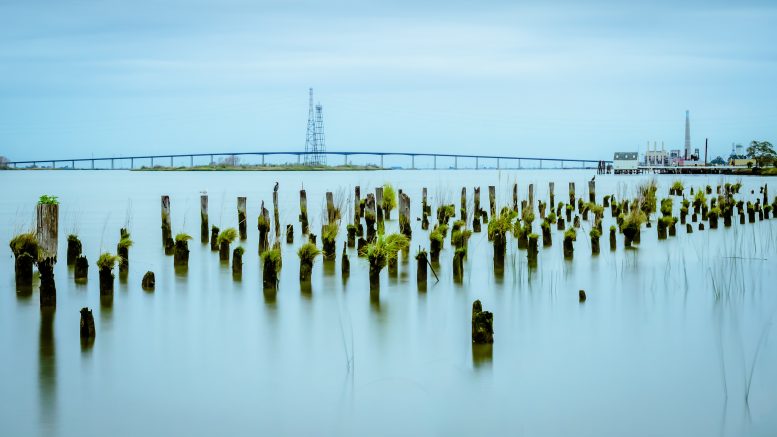 David Bernhardt, a former Interior Secretary under President Donald Trump and lobbyist for Westlands Water District – an official who oversaw the creation of what critics call an environmentally devastating, salmon-killing water plan in California – is back in the news over alleged bribery during his tenure as Secretary.

The criminal referral is the first one made by the Committee, which uncovered $241,000 in coordinated donations from associates of developer Mike Ingram to the Trump Victory Fund and Republican National Committee.

“Ingram is the owner of El Dorado Holdings, which proposed to build the Villages at Vigneto (Vigneto), a 28,000-unit housing and commercial development spanning more than 12,000 acres near the endangered San Pedro River in Benson, Arizona,” Grijalva and Porter wrote in their release. “Evidence from the Committee’s investigation strongly suggests that Ingram, and several other Arizona donors, gave nearly a quarter of a million dollars to the Trump Victory Fund and the Republican National Committee in exchange for the U.S. Fish and Wildlife Service (FWS) changing its position about a Clean Water Act permit for Vigneto.”

The redacted criminal referral to DOJ is available here: https://bit.ly/37AbiIf

“The findings of this investigation show us yet again that the previous administration cast career staff expertise aside while they handed out federal agency decisions to Trump’s buddies and big donors on a pay-to-play basis,” Chair Grijalva said. “The Villages at Vigneto may not be a household name for many Americans, but to Arizonans, it’s been a looming threat to our fragile desert ecosystem for years. Allowing the development of 28,000 homes, golf courses, resorts, and other commercial buildings to suck the San Pedro River dry during a time of unprecedented drought is nonsensical on its face and agency staff were right to be concerned.”

Grijalva added, “It seems Vigneto’s developer figured backroom deals with top Trump officials would be a more fruitful avenue for getting his way—it’s a shame he wasn’t wrong. I strongly urge the Justice Department to take up this investigation and make sure the right people are held accountable for what they’ve done and how they’ve betrayed the trust of the American people.”

“An exchange of money for a specific government action is the clearest form of corruption there is, and Americans—Democrats, Republicans, and Independents—share an understanding that this kind of quid pro quo erodes our democracy,” Porter noted. “In this case, our oversight uncovered that the Trump administration’s Department of the Interior overruled local career professionals and reversed a longstanding position on environmental review requirements, just weeks after politically connected donors made nearly a quarter of a million dollars’ worth of contributions benefiting the Trump campaign. This concerning fact pattern demands additional fact finding, at a minimum, so the American people have answers on whether the Trump administration was acting in the public’s interest or the interests of the highest bidder.”

Environmental and fishery groups applauded the House Committee’s referral of Bernardt to the Department of Justice on allegations of criminal bribery.

“We said all along that David Bernhardt was too compromised and too corrupt to be a Cabinet secretary,” Jennifer Rokala, executive director of the Center for Western Priorities, said in a statement. “This is damning evidence of a straight up pay-for-play favor.”

John McManus, the President of the Golden State Salmon Association, observed on social media that “Bernhardt also ordered federal officials to adopt a salmon-killing water delivery plan in California.” He also stressed Bernhardt’s water plan was one that Westlands Water District and the Resnick family benefited from.

The “Resnicks” that McManus mentioned are the billionaire owners of the Wonderful Company and the largest tree fruit growers in the world. They have contributed many millions of dollars to candidates from both sides of the political aisle and are major campions of the embattled Delta Tunnel.

Investigative background and details from the Natural Resources Committee’s probe

In April 2019, the Arizona Daily Star’s Tony Davis reported the whistleblower account of Steve Spangle, a now-retired Field Supervisor at FWS’ Arizona office, who claimed he was directed by a “high level politico” to reverse FWS’ position about whether issuance of Clean Water Act permit for Vigneto could potentially have adverse impacts on endangered species or critical habitat. Subsequent reporting revealed that then–Deputy Secretary Bernhardt directed the decision reversal. Spangle noted that he never received such pressure in his more than three decades in public service.

Additional reporting revealed that Dep. Secretary Bernhardt had a private breakfast meeting in Billings, Montana, with Mike Ingram on Aug. 18, 2017, two weeks before Spangle received the phone call directing him to reverse the Vigneto decision. The meeting was not disclosed in Bernhardt’s public calendar or travel documents. Then, on Oct. 6, 2017, Ingram made an unusual out-of-cycle $10,000 donation to the Trump Victory Fund. Less than three weeks later, on Oct. 26, 2017, Spangle officially reversed FWS’ decision on Vigneto.

The Committee’s investigation uncovered several additional pieces of evidence in the case, which now warrants criminal investigation by DOJ:

Be the first to comment on "House Committee refers longtime foe of Delta communities to U.S. Department of Justice on allegations of taking bribes"