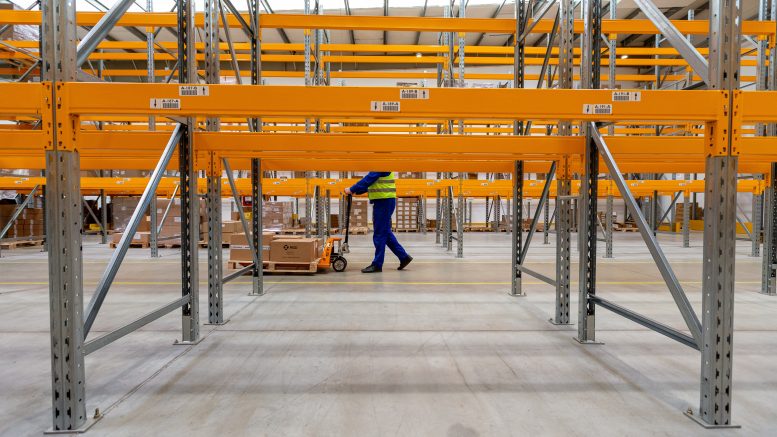 Regardless of what one thinks about the 2020 lockdowns – whether still viewed as responsible, life-and-death necessities, or as an ineffective, child-harming, business-killing blunders – everyone should at least concede one basic point made by the theoretical mathematician Eric Weinstein: the lockdowns were wealth-transfer edicts. That means they were government-mandated interventions that moved vast sums of money from working people and small business owners to a cadre of corporatists who were already the richest individuals in the world.

It’s not a conspiracy, it’s what happened. President Joe Biden made the point himself while on the campaign trail by laying out basic numbers: During the initial ironclad lockdown, as some 20 million Americans were hurled into unemployment and one-third of small businesses were shuttered forever, 650 billionaires in America saw their net worth increase by more than $1 trillion.

How did it happen? Some of it involves covert graft and backdoor dealings around stimulus funds. That part is complicated. But much of the wealth transfer isn’t complicated at all.

When the government literally ordered all live entertainment to end for half-a-year (or longer, as Bay Area counties decided) then all of the revenue that would have gone to independent theaters, concert venues, night clubs and bars – not to mention their blue-collar employees and struggling performers – found its way to other avenues of mind occupation, particularly during that time of unprecedented stress and anxiety. We now know that most money spend on escapism ended up with tech titans and their allied shareholders. Locals who were at statistically low risk for COVID couldn’t go watch a Sacramento trio perform at deVere’s Irish Pub, a beloved staple in the city that was ultimately killed by the lockdowns, but they could calm their nerves with an endless scrolling malaise on Facebook, Twitter, Instagram, or by signing into Netflix or Disney-Plus (that would be the same Disney that filmed Mulan near a concentration camp for Muslim Uighurs in Xinjiang and then thanked the Chinese Communist Party in the movie’s end credits for pleasure of doing so). This taxing trend destroyed many other community enriching businesses that will be missed, including three Sacramento art galleries.

Similarly, when locally owned gyms were ordered to stay closed for months, just as data began emerging about the role fitness can play in weathering COVID, Sacramento-area jobs and businesses suddenly vanished while Peloton and its investors watched their profits soar by 172%.

And most of us knew restaurant owners and workers who were losing sleep when to-go orders couldn’t pay the bills, since their businesses were never built to compete with fast food giants, who coincidently saw a massive spike in lockdown sales.

The phenomenon even found its way into the housing market, with private equity firms taking advantage of the financial disorientation that Californians were going through to buy-up even more single-family homes for their rental portfolios (Blackstone was already the largest private property owner in Sacramento County). Thanks to the lockdowns, there are fewer middleclass and working people who can aspire to home ownership – the most-proven way for families to build wealth – while Blackstone and Black Rock are that much closer to realizing their vision of creating a “corporate landlord nation.”

But nowhere is the concept of a wealth-transfer edict clearer than Amazon’s recent haul. Federal and state ‘stay-at-home’ orders effectively made it a civic obligation to not venture out for shopping unless it was for absolute basic necessities. What those orders did to every variety of family-owned stores across the nation, and what it did for Amazon’s juggernaut delivery service, is completely obvious: Amazon saw its revenues go from $280.52 billion in 2019, to $386.06 billion in 2020. How many mom-and-pop stores were lost in that same period is a Gordian Knot of American tragedy that officials are still sorting out.

So, when that same company announced this week its plan to open a “high-tech” Amazon Fresh brick-and-mortar supermarket in Roseville, it should have come as shock to the Capital Region’s system to anyone who’s not a wannabe tech oligarch or economic royalist.

Now, I should interject here that, as a former reporter at The Roseville Press Tribune, I’m well aware that SN&R has a long, proud tradition of shitting on South Placer’s biggest city. Legendary SN&R reporter Cosmo Garvin would refer to it as “Rose Hell.” The talented Rachel Leibrock once meditated on how it earned its less-than-flattering moniker, “Bros’ Ville.” And Nick Miller penned an entire SN&R cover feature about whether Midtown Sacramento could avoid rolling in Roseville’s homogenized stink, a fate so mediocre that it could scarcely be contemplated, the McDonald’s-eque cover art for that issue implied. So, I know that in writing this, it might seem I’m trying to get in on the action or one-up my prominent predecessors. But those stories I mentioned were written in half-jest (were they?), and the five years that I spent as a full-time reporter in Roseville left me with a genuine affection for the place. Amazon’s store arriving in the hub of South Placer isn’t some shiny bragging right for that city, or a cutting-edge business development everyone should watch – it’s another impending disaster for working people across the region.

Amazon’s faced numerous investigations for the shocking abuses that have been alleged by contract employees. It’s currently under scrutiny for whether its management protocols caused six employees to die last month by tornado. Just this week, it was the subject of an exposé by Vice for reportedly funding anti-labor literature and “education” in a high school class in Southern California.

But more fundamental to the question of Sacramento’s long-term economic recovery, Amazon is above all, in my opinion, a master at labor streamlining and work culture assassination. Some of the region’s grocery stores are union jobs, while others that aren’t offer their own perks to be competitive. I would submit that any designs Amazon has on the grocery market space will not be to the benefit of the region’s labor force in the long run. It bought Whole Foods several years ago, a store that remains insanely popular in Roseville; but the company has a broader track record and trajectory that’s easy to follow. Its wins – its profits – don’t flow toward worker empowerment. I understand the handful of libertarians that tune into SN&R may debate this point below in the comment section, which is fine; but in the words of Darth Vader, “Search your feelings. You know it to be true.”

For God’s sake support grocery store owners that envision having content, healthy and employed workers a decade from now, not one that aspires to create a soulless, automated hellhole for consumption. It’s true that paying a little extra isn’t easy when inflation is hitting food, gas, goods and everyday services as hard as it is. We all know this. But Amazon was already the recipient of probably the biggest wealth-transfer edict, its founder jetting off on joyrides into space while working people lined up at food banks all over Sacramento. Amazon’s been given enough of our public subsidies and compelled commerce. It’s time to draw a line in the sand and start turning to each other again.