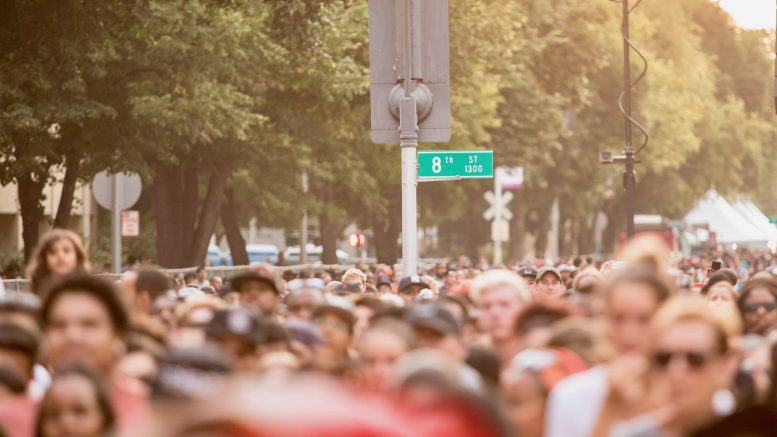 Downtown Sacramento during an event. Photograph by Stephen Leonardi

There are dozens of parcels of city-owned land across Sacramento waiting to be developed on, in the midst of a major housing crisis. What should be done with them? We ask as if we don’t already know. We act as if we don’t already know. What’s the hold up? Well, I think it’s time for the talk. You see, when a private developer and a council member love each other very much…

Enough jokes. We live in a city with a population of over 500,000 and a growing number of those people are unhoused.

Those are the individuals with real stakes when it comes to land use – and the largest stakeholders should have the most say, right? They should have the loudest voice, but we drown them out with our aristocratic chatter. Ask the men, women, and children living in roach-infested motels if they would mind paying over half a million for a home, or thousands of dollars a month in rent. They would probably rather stay where they were, because it beats going through eviction or foreclosure, again.

It is a cruel cycle the City is constructing every time it grants permits for single family homes and luxury apartments. The scarce land we have left should not be wasted, not unless we want to keep reading exposés about how many people died on the streets.

Affordable, denser housing is the only answer whenever anyone asks what should be done with any plot of land. That means more multi-plexes, because we need to get more families off the streets. Right now, SHRA holds ten parcels in Oak Park. In good conscience, they want to build low-cost homes. It is 2022, low-cost homes don’t exist anymore in California. So, they want to build housing for low-income buyers while what we really need is housing for no income.

Housing is a human right, and as such it should be treated less like a commodity and more like a utility. All it takes is a little creativity on our part to make the best use of the land we have. It is precious and should not be sold to the highest bidder. It should be repurposed to better serve the community, not re-packaged to be resold at an exorbitant price.

Greed is what got us in this mess. The land was stolen from indigenous people because of greed, and now we are burdened with the consequences of a cycle of greed that just seems to keep going.

2 Comments on "Essay: Sacramento must be faster with surplus land and slower to give developers their wish lists"