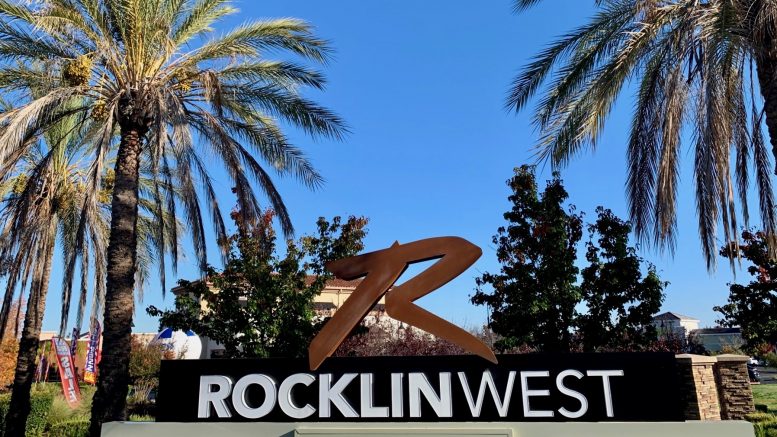 City, county leaders weigh in on 26% growth in residents over a decade

By Jenna Cooper and Eric Jaramishian

When Samantha Varner was growing up in Rocklin 34 years ago, it was a homey, small community ––   a hidden gem of Placer County.

In the past ten years, Varner witnessed Rocklin grow in population, so much so that she noticed a change in the identity of the city. Money Magazine even ranked Rocklin No. 43 in its Top 50 Best Places to Live in 2021.

“I feel like a lot more recently a lot of people from the Bay Area have been moving up here,” Varner said. “So that’s definitely made a big difference in the dynamics in the area.”

According to the U.S. Census Bureau, about 71,601 people currently live in Rocklin, which is a 26% increase in population from the 56,974 residents who lived there in 2010, according to new Census 2020 data. Rocklin’s population increase is more than double the rate of growth seen across the Sacramento region. No other local city grew faster.

As Rocklin added residents, it also became more diverse. Rocklin’s Hispanic population jumped by 52%, its Black population rose by 48% and its white population grew by 7%. The Asian population in Rocklin rose by 4,300 residents, which is an increase of over 100%.

“I couldn’t really tell you why the Asian population moves there, other than the fact that Placer County has a long history of Asians working in California in the early part of the last century,” noted Placer County District 3 Supervisor Jim Holmes. “Auburn had a Chinatown, Newcastle had a Chinatown, (as well as) Roseville and Rocklin. They worked hard, they’re good people and we really welcome them to Placer County.”

High overall population increases were seen in Placer County’s five other cities and towns during the last decade –– most of which saw population growth of more than 15%.

With the large quantity of people moving to Rocklin, city leaders say new residents are drawn there because of employment, education and affordable housing units.

The unemployment rate in Rocklin also decreased sharply during the last decade, according to U.S. Census Bureau data.

“We’re not giant like Roseville, that’s going to bring these huge businesses in, but we try to do the really unique businesses like Bass Pro and Cracker Barrel,” Gayaldo explained. “We are very supportive of our small businesses.”

Data also indicates that Rocklin has become a hub for highly-skilled, well-educated workers. More than 49% of its residents who are 25 or older have a bachelor’s degree or higher, according to the 2019 American Community Survey.

Councilman Ken Broadway thinks the two colleges that sit within Rocklin boundaries, Sierra Community College and William Jessup University, as well as proximity to Sacramento State University and U.C. Davis, have all helped supplement the city with an educated workforce.

The number of jobs within education have been growing, too. Rocklin Unified School District enrollment has increased by approximately 14% in the past ten years. The school district has 11 elementary schools, two middle schools and three high schools.

“Excluding the loss of enrollment due to the pandemic, many families have shared the reason for moving to Rocklin were for its schools,” said Rocklin Unified’s chief of communications and community engagement, Sundeep Dosanjh.

The district lost about 700 students during the pandemic, but has since gained approximately 100 of them back.

“The Rocklin Unified School District’s goal is to be inclusive of the whole Rocklin community and our students’ diverse backgrounds,” Dosanjh stressed. “Our district’s goal is to maintain that small town feel while continuing to provide a world class competitive education.”

Councilman Broadway thinks affordable housing is also a factor, saying the city had made efforts to provide units for all levels of affordability.

“Market rate housing has boomed over the past decade, but a number of affordable options were built around 2010 with city redevelopment assistance,” he noted, “including the 264-unit for-sale Vicara condominiums project, and the 156-unit rental Whitney Ranch Apartments being two examples.”

Rental units provide much-needed options for recent college graduates, entry level teachers, and many others, according to Broadway.

Even so, Rocklin’s mayor says more properties need to be built in order to meet state law for regional housing needs. The city recently approved 500 more affordable housing units for future development within Rocklin. Broadway said he expects even more population increases in the city, pointing to estimates showing the town could soon add another 10,000 or so residents.

Rocklin is bordered by Roseville, Lincoln, Loomis and sections of unincorporated Placer County. It’s essentially hemmed in, making major land annexations unlikely while putting a cap on overall growth. Varner, who has lived in Rocklin her whole life, prefers more of a close-knit community that Rocklin used to enjoy when it was smaller.

“I like the small town feel where you kind of knew everyone,” said Varner, who’s now the PTA secretary at Antelope Creek Elementary. “We’re so much bigger that there’s tons of little nooks and crannies of the city now so I feel like people just kind of stick with their school and hang out with people at their school or who they do sports with, but not as a community as much.”