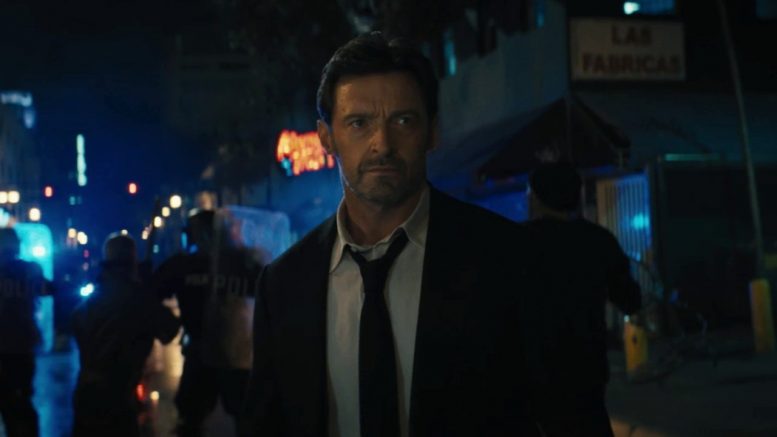 “Reminiscence” is currently playing in theaters and streaming on HBO Max.

Last August, when wildfires hung a red sun on dim skies radiating a hellish kind of hopelessness, some Californians began to notice how much the smokey sandstone light resembled scenes from “Blade Runner 2049.” It’s never good when the imaginings of a near-at-hand dystopia match the actual reality one finds themselves in.

Yet Denis Villeneuve’s vision of numbing, tech-hollowed loneliness is more than a Sci Fi roadmap, it’s also a rich, masterfully painted canvas of neo-noir. It has the most important elements: Shadows shifting through drawn-out silences; the maddeningly unattainable love interest (she’s a hologram); the solitary detective wandering through an ever-more alienating landscape, his footsteps weighed by a nagging suspicion he bears some hidden mark of Caine. This film that people were remembering through last summer’s horrible golden gloom combines tropes from the 1940s with bold cinematography and cutting-edge special effects, its pieces seamlessly merging into an aesthetic that bolsters the grim disorientation of German expressionism.

Of course, the difference between noir and neo-noir is that former is deeply grounded in the mid-century mark, while the latter – at its best – tends to offer salient warnings about the future. In that respect, writer-director Lisa Joy’s new film “Reminiscence” tries to give “Blade Runner 2049” a run for its money on the neo-noir front. While it never hits the heights of Villeneuve’s achievement, some aspects of “Reminiscence” are hauntingly original, framing images that seem tailored for this August choked yellow again by the dingy haze of terrible things to come.

In terms of its warning, “Reminiscence” has dual forecasts. Nick Bannister, played by Huge Jackman, is a war veteran running a predatory business that’s fueled by a highly addictive memory technology. Called “the tank,” Nick’s machine allows him to take desperate clients back to better moments of their pasts, immersing themselves in a semi-physical reexperience of lost and fleeting glimmers of joy. Most customers tend to pick the same remembrance to chase over and over, and most will spend their last dime with Nick to get another hit.

Early on, Nick tells his assistant, Emily – portrayed by Thandiwe Newton – not to worry about how destitute their clientele is becoming, because “there’s always a market for nostalgia.”

Given how virtual reality devices are advancing, with home systems like the Valve Index and Oculus Quest now retailing under $1,600, it seems only a matter of time before some offering like “the tank” enters into our actual social equation, hailing a powerful narcotic derived from the recesses of each user’s mind and personal history. “Reminiscence” envisions a time when these options for reality-retreat aren’t just available, they’re normalized.

But the film’s more intriguing patina involves its other prophesy. In this future, there is a reason why so many people want to escape their daily existence inside the tank. Climate change has turned America’s coastal cities into gritty, segregated lagoon worlds – darkly drowned urban-scapes strewn with the water-logged reminders of a better era of terrestrial living.

Here, the daytime heat is so intense that people have changed to nocturnal rhythms. Here, wealthy “land barons” have leveed themselves off on solid footing, while the lower-classes navigate a hard, Antediluvian existence. The sets, cinematography and special effects that Joy uses to bring together this drenched reality, all eerily centered on the flooded skeletons of Miami and New Orleans, mark a genuine accomplishment for “Reminiscence.” Its scenes are spellbinding in unsettling ways. They’re also starkly believable and, in the manner of rot, gravely beautiful.

The setting of “Reminiscence” provides a novel doorway into noir, which becomes especially clear when the film introduces an archetype of the genre, the head-turning femme fatale, who arrives in the form of actress Rebecca Ferguson. Her character of Mae could have stepped straight out of a Billy Wilder classic. She’s a mysterious nightclub singer who needs Nick’s help in finding a lost memory. As an investigator of the mind, Nick becomes enthralled with the secretive woman, finding himself in full-on obsession after she vanishes without a trace. He stalks down alleys with light reflecting on endless puddles. He moves under blinking carnival lights lost on odd enclaves of island living. He rides trains cutting over lakes with glassy surfaces that keep stretching as far as the eye can see. This series of stunning, secluded snapshots offers a different glimpse into the darkness at the heart of film noir.

None of this is to suggest that “Reminiscence” doesn’t have its weaknesses. Unless written by Quentin Tarantino, any script paying such homage to past genres runs a minefield with its dialog – and here Joy occasionally steps in the wrong places.  While the story’s lines generally work, some exchanges feel flat, obvious, on-the-nose or even cliché. As with most noir, the script finds challenges with its pacing, too. Perhaps more frustrating, this is a film that doesn’t seem to know where it ends, instead moving through four or five different closing scenes when only one is called for. Yet all these faults are kept at bay, to some extent, by good performances from the cast, especially Huge Jackman. Let’s face it, the guy has the timeless looks and quiet charisma of noir greats like Cary Grant and Alan Ladd, but also the acting intensity to put him on a par with some of today’s best in Hollywood.

In the end, “Reminiscence” is an artful and thought-provoking glimpse into modes of human adaptation that may well come our way. F. Scott Fitzgerald ended “The Great Gatsby” with the powerful lines, “So we beat on, boats against the current, borne back ceaselessly into the past.” And “Reminiscence” explores that seduction well, forcing us to face its implications with the bleak mirror of a post-climate change existence – where the boats themselves are more than a metaphor.