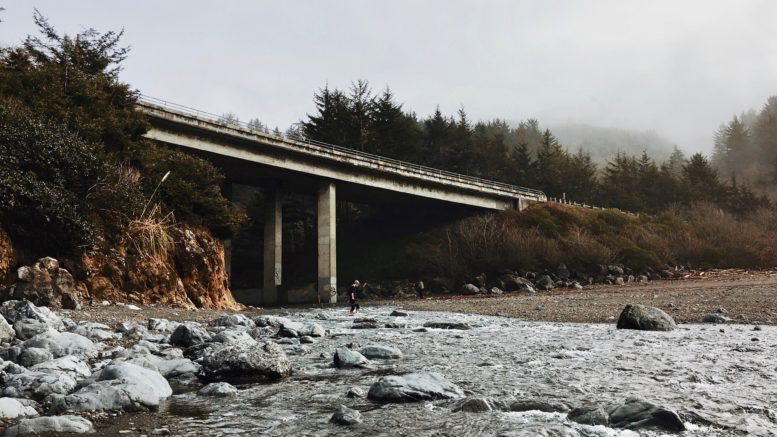 In a big step toward the removal of four PacifiCorp dams on the Klamath River, the Federal Energy Regulatory Commission, or FERC, recently approved the transfer of the license for the Lower Klamath Hydroelectric Project from PacifiCorp to the Klamath River Renewal Corporation, as well as the states of California and Oregon, who will be co-licensees.

The approval of the transfer takes place at a critical year for imperiled salmon populations on the Klamath River, the second largest producer of salmon behind the Sacramento River in California. Biologists from the Yurok and Karuk Tribes have documented a massive fish kill of juvenile Chinook salmon on the Klamath since early May in this record drought year.

“Since 2016, PacifiCorp, along with a coalition of state and federal agencies, tribes, the states of Oregon and California, and other stakeholders, have worked together to propose surrender of the project license, which includes a plan to decommission the four dams on the Klamath River that comprise the Project,” according to a FERC press release. “Today’s transfer is another important step in the ongoing surrender proceeding.”

“Today’s order confirms that the Renewal Corporation has the ability, financially and otherwise, to undertake dam removal, and with the states, as co-licensees, the necessary legal and technical expertise required for such a huge undertaking.  The surrender application is still pending before the Commission and is awaiting further environmental review as required under the National Environmental Policy Act.  The Commission will continue to engage with all parties and stakeholders to ensure everyone has an opportunity to participate in the surrender proceeding,” the release stated.

“The transfer of the four dams represents a major milestone in the multigenerational effort to heal the Klamath,” said Yurok Vice Chair Frankie Myers. “This action moves us that much closer to the day when we can begin removing the dams and restoring the river.”

“The Karuk Tribe is very pleased with FERC’s decision,” said Craig Tucker, Natural Policy Consultant for the Karuk Tribe. “It reflects the hard work of our partnership with PacifiCorp, California, Oregon, and the Yurok Tribe. After this year’s massive fish kill, we need dam removal more than ever.”

John McManus, President of the Golden State Salmon Association (GSSA), described the approval as a “big step in the right direction but not in time to avoid this year’s massacre of baby Klamath River salmon. Their loss will greatly constrain future ocean seasons.”

The approval of the transfer comes just days after Interior Secretary Deb Haaland issued a June 11 letter to the Federal Energy Regulatory Commission (FERC) supporting the removal of the four PacifiCorp dams on the Klamath River located in Northern California and Southern Oregon — and just one day after the California Fish and Game voted unanimously to approve the petition from the Karuk Tribe to list the Klamath-Trinity River Spring Chinook as an endangered species under the California Endangered Species Act (CESA).

“The Karuk Tribe deeply appreciates Secretary Haaland’s support for Klamath dam removal. With the restoration of the river comes the restoration of our health, our livelihood, our culture, and our systems of socio-ecological resilience.  We are grateful we have an Interior Secretary that understands how important these issues are for tribes in the Klamath Basin.”

The four hydroelectric dams on the Klamath River that prevent Chinook and coho salmon and steelhead from reaching their historical spawning grounds are slated to be removed in 2023 under an agreement reached between the states of California and Oregon, PacifiCorp, the Karuk Tribe and the Yurok Tribe.

The letter in its entirety can be found here: https://elibrary.ferc.gov/eLibrary/filelist?accession_num=20210611-5056

Save California Salmon, one of the organizations that worked with 10 native youth on their testimonies before the Fish and Game Commission voted to list Klamath-Trinity River Spring Chinook as endangered under CESA on Wednesday, said the transfer of the Klamath dams to a dam removal entity and the listing are two of the key actions needed to save spring salmon from extinction.

They also said both actions are needed to “restore salmon and other fisheries to a harvestable level for Tribes, which is the trust responsibility of the federal government and key action to achieving truth and healing for native people in California.”

“Today the Klamath dams were transferred to the dam removal entity for the purpose of removal, and yesterday the spring chinook the dams nearly wiped out were listed under California ESA.” said Regina Chichizola. Co-director of Save California Salmon. “Both of these wins were the result of decades of Tribal and community-led action for the Klamath River, and they came at a time when we need some hope. The devastating juvenile fish kill we are experiencing on the Klamath River is directly related to the Klamath dams, as are the dismal salmon returns over the last couple decades.”

Chichizola noted that  the Klamath dams were originally scheduled to come out in 2020, but inaction by PacifiCorp, the dam owner, and the federal government has delayed progress in the dam removal process.

“We hope these actions demonstrate California and the Biden administration commitment to protecting and restoring the Klamath River before it is too late,” added Chichizola.

“The cultural significance of the Spring Salmon is beyond EuroAmerican conception. It’s more than just a policy trying to get passed through, or a biological opinion,” said Ryan Reed, a Hoopa Valley Tribal Member, Yurok descendant, Karuk Spring Salmon Ceremonial Priest and University of Oregon student.

“The Spring Salmon are our relative that is facing extinction, and a part of our lifestyle, cultural longevity, and the survival of my people. These aspects, as well as many more, need to be addressed, and I’m thankful, proud and hopeful to have the public comment filled with Native voices advocating for future generations. This decision on the petition is a win, not a victory, but should give the people in the Basin hope and momentum for this ongoing fight,” Reed concluded.