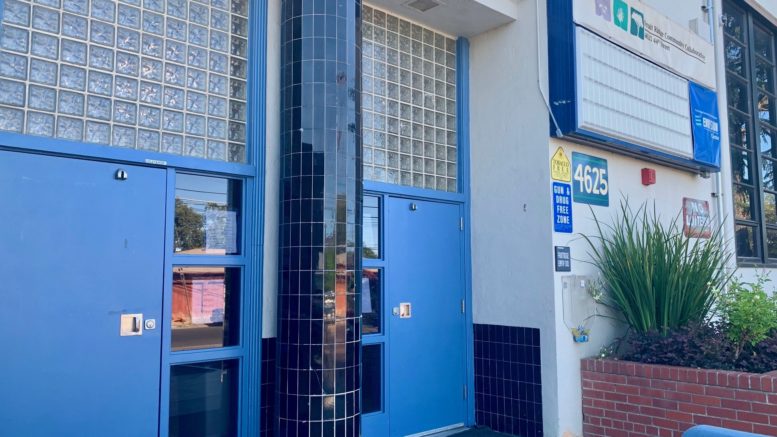 By Genoa Barrow, The Sacramento Observer

Canvon Nichols had worked for the State for 20 years, but resigned last year while getting a divorce, dealing with mental health issues — his ex-wife’s and those of his own that resulted — and fighting to gain custody of his children.

His head wasn’t in the game, but the Fruitridge Career Center got him straight and back in the workplace. That the area job center is on the chopping block is unfathomable to Nichols and others who have received “life-changing” assistance there.

“It’s kind of sad, especially with what we’re going through right now,” Nichols said.“To cut something like that, it’s like you don’t want anybody to succeed.”

This week, Roy Kim, SETA’s Deputy Director of Workforce Development, recommended that the Board not extend funding to the Fruitridge Career Center due to “poor performance.” The Board, however, voted 3-2 to put off closing the center to further review other options for keeping it open. Among those voting against outright closure were City Councilmembers Mai Vang and Eric Guerra and County Supervisor Don Nottoli. Nottoli wasn’t comfortable with the “void” closure would create in the Oak Park and South Sacramento neighborhoods and Ms. Vang agreed. “We owe it to the community to make sure that there is still something there,” she said.

“It’s sad to hear that they would even close something like that before (Ms. Miller) really had a chance to promote it and let people know she is there and can help people get back on their feet,” Nichols said.

Ms. Miller said numbers appeared low because staff had difficulty registering people during COVID-19 and given people’s limited access to technology. While hundreds came through their doors, she said, far fewer actually registered for required online profiles. Numbers increased in March and April after staff received help in navigating the process, but according to Kim, are still significantly low. Each of the other eight job centers were approved for continued funding; five of the best performers will receive a 5 % increase for the new fiscal year that begins on July 1. The Fruitridge site was the only one to not be recommended for continued funding.

Ms. Miller believes seven months isn’t long enough to show the Board what it can really do.

If closure had been approved off of Kim’s recommendation, customers at Fruitridge would have been redirected to other nearby locations for services. Other sites include a Mark Sanders Career Center near the UC Davis Medical Center, a center at La Familia, on Lemon Hill and Franklin Boulevard, Kim says.

Many, Nichols said, may give up if they have to go elsewhere. Some, he adds, are hesitant to share what they’re going through at locations outside their own area. But at Fruitridge “you get treated with respect. They know that you’re down and they don’t care about any of that. They’re there to help you and that’s how it should be.”

“It’s one of the most underserved and under-resourced or under-invested areas in Sacramento. It has one of the highest poverty rates and it’s just stripping that resource or investment and placing it in communities like Hillsdale or La Familia, it just makes it harder to serve people in our community,” she said. “This area needs what the Fruitridge job center is providing, especially as we come out of a pandemic, and when people need support to get back to work.”

Jeffrey Fletcher, who serves as director of the Fruitridge site, was among the supporters speaking during the SETA Board’s virtual meeting Thursday. “As a career center we are the bridge in a community that has historical poverty and still does. We are a bridge between the people and employers,” Fletcher said.

Fletcher pointed to a recent partnership with UC Davis and its large-scale Aggie Square project that has already resulted in people in the community being hired. He also pointed to working in conjunction with the 22 other organizations housed within the Fruitridge Community Collaborative building.

Chesarae Fletcher, who has lived in the area served by the Fruitridge center for 19 years, said closing it would create “an echo of discouragement” to residents who are already struggling.

The job center helped Betty Laster land a job as a health care aide after an extended period of unemployment. Ms. Laster previously lived near the center and sought out assistance. “I had a resume, but they helped me fix it. They helped me with transportation, they helped me with groceries, they helped me with a lot,” she said. (Closing) would have a terrible impact on the neighborhood and everyone in general that has been there for help before.”

Emerald Druffel, who is White, had been attending Mills College in Oakland before COVID-19 and couldn’t afford it anymore. She moved back to Sacramento to live with her mom and was working in order to go back to school. “I kept finding myself in food service positions that were too physically demanding and just not right for me,” Ms. Druffel shared. “I felt like I couldn’t work anywhere else because I’d only volunteered in an office years before and everyone wanted 80 references. I just felt unemployable basically.”

Having been laid off because of the pandemic, Ms. Druffel says hopelessness had set in, but she found the Fruitridge Career Center through the Los Cerritos College District website.

“From that first phone call communication, we were already beginning to make a plan,” she said of talking with Ms. Miller.

Ms. Druffel began tutoring with Pivot and eventually got an internship, working to help open the career center. “It was really impactful because I was feeling so low, but opening this career center and the people I was helping, it just really gave me a strong sense of purpose and just lifted me out of this bad spot I was in,” she said.

The thought of the center closing literally gives her the shakes, Ms. Druffel said.

“It makes me really emotional. So much of what the career does is life-changing and it would be life-changing in the opposite direction to not have that opportunity right near you, where you can reach it and where you can talk to people who are going to understand you and support you and push you forward.”

Nichols agrees. “I was kind of behind in technology by 20 years,” he said of his skills.

“I didn’t know how to fill out the applications electronically. I found Pivot and Lisa, she kind of picked my spirits up. She was helping me with gas cards for when I did have interviews. They gave me gas cards so I wouldn’t have to stress.

“I was ready to give up at times, but just going to talk to her, she kept encouraging me and giving me that, ‘hey it’s alright, you can keep going.’ She saw stuff in me that I knew I had, but I was so low in my life that I just needed to hear it. If it wasn’t for her and for Pivot, I don’t know where I would be to tell you the truth.”

The SETA Board will discuss the issue further at its July meeting.