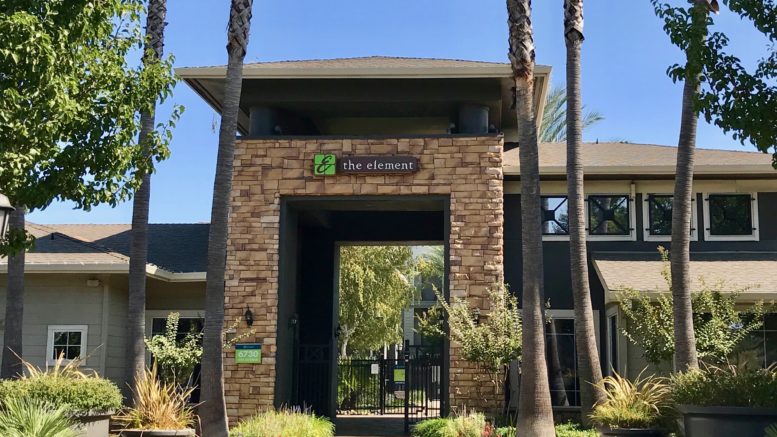 The average cost of college has increased by nearly 40% in the last 12 years, ushering in what economists are calling a trillion-dollar national emergency around student debt.

For hundreds of young people attending Sacramento State University, that whirlpool is sucking them in even further as private landlords are now forcing them to pay thousands of dollars for apartments they’re not using.

Classes for the fall semester may be entirely virtual, but for students who signed leases well before the COVID-19 pandemic hit, the housing complexes have a standard line: “Not our problem.”

Jesse Khatra, a fourth-year communications major, lives at The Element, one of the four off-campus complexes at the core of the controversy. Khatra renewed her lease in December 2019 to secure housing for the fall.

“They kind of threaten your spot if you don’t renew right away,” Khatra said of The Element’s then-property manager, Redstone Residential. “They’ll keep hounding you with messages that say, ‘If you don’t renew now, you’re going to lose your spot.’”

When the COVID-19 lockdown went into effect in March, Khatra, like her roommates and most of her student neighbors, went back home—in her case, to the Bay Area—but had to continue paying rent on an apartment she wasn’t using. Leases range from $8,000 to $12,000 a year at The Element, which is owned by the real estate firm, NB Private Capital LLC, formerly Nelson Brothers.

In April, Khatra emailed the Element’s property management to ask if Sac State was shut down for the fall semester, she could get out of her lease. She said the property manager replied that it would look for a solution that was fair to both the students and the property owner. So she was dumbfounded when after the university announced in June that the fall semester would be online, The Element insisted that she continue to pay rent as if she was still on campus.

“Unfortunately, we are not letting residents out of their leases for COVID-19,” the Element’s leasing specialist Milena Kren wrote in an email obtained by SN&R. “We are still able to provide housing therefore we will be holding all residents liable to their lease.”

For Khatra, whose father lost his job due to the coronavirus lockdown, that news was devastating.

“It’s been a massive ordeal of stress, anxiety and frustration,” she said. “Between mid-July and the end of August, I actually had about seven panic attacks because I couldn’t figure out what was going on … It’s created stress not only for me, but for my family, as well.”

The Element is now managed by Entrata Inc., which did not respond to interview requests; nor did Redstone Residential, the former property manager.

Amanda Landis, a Sac State senior majoring in psychology, experienced her own housing shock. Landis signed her lease with the nearby Lark complex in October 2019, a full year before the fall semester started, after a high-pressure sales pitch.

“We’re all first-time renters who don’t know much about how the housing market works, so mainly we’re just thinking that we might not have a place to stay when the semester starts,” Landis said.

After the announcement about the virtual fall semester, Lark’s management sent an email to all tenants asking that if they planned not to live at the apartments, to let the Lark know as soon as possible. “That email made us think there was a way to get out of it,” Landis said.

But later, the management told her by phone that wasn’t the case. “The way they write their leases, there’s no way to get out—it’s super predatory,” Landis said.

The Lark is owned and managed by the Scion Group, which did not respond to interview requests.

Landis and Khatra were told by their respective complexes that their only hope of not paying was to get on a waiting list for tenants to have their leases taken over by new students—a very unlikely scenario with no in-person classes. Landis tried to get on the Lark’s list right away, only to find she was No. 100.

Khatra started trying to gauge how many Sac State renters were in a similar financial trap by reaching out on Facebook and the student app, Wildfire. She says she communicated with more than 100 students who were stuck in leases at The Element, The Lark, the Crossings and Academy 65. She was told by classmates that the waiting lists at some of the complexes had more than 400 students.

As worry and resentment mounted, students began reaching out to the Sacramento Tenants Union. The tenant union first verified that two of the four complex owners had received federal COVID-19 relief from the Paycheck Protection Program. The Element’s owner received between $350,000 and $1 million and Academy 65’s owner between $2 and $5 million.

Erica Jaramillo, an organizer with the tenants union, said that the federal aid did not get passed on to the students. “This is a statewide problem, and it’s about the commodification of housing and the exploiting of kids from middle class families,” she told SN&R.

The tenants union is helping students at the four complexes organize, consult with an attorney and engage in a federal CARES Act mediation program to negotiate a way out of their leases. The tenants union also set up a virtual meeting between affected students and Sacramento State President Robert S. Nelsen.

Jaramillo said that when some parents who signed as guarantors to their children’s leases spoke to Nelsen, it showed the impact of the apartment owners’ behavior.

“One of the fathers had his head turned to the side and was holding back tears, because his life is on the line,” Jaramillo recalled. “This is his credit, the house he owns now, so there’s a lot at stake with these parents being held to the whole lease.”

“They’re willing to put us at risk for losing all our money,” she said of the management companies. “That could literally make us go bankrupt and be more in debt than we already are.”