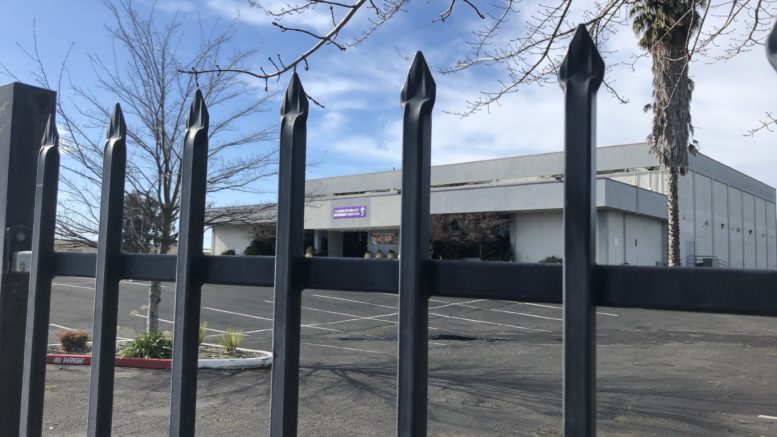 After Pierre Chambers found the words to say what his youth pastor was doing to him, his parents did the only thing that made sense to them: They alerted the police and got far away from their church and Sacramento.

Chambers is referring to Assembly Bill 218, which Gov. Gavin Newsom signed in October and which became law on Jan. 1. Also known as the California Child Victims Act, AB 218 opens a three-year window in civil court for sexual assault survivors to sue their abusers and the institutions that may have covered up the crimes.

Chambers filed his claim in December. It names Lemuel Collins and the ex-youth pastor’s former employer, Greater Grace Worship Center, a large Pentecostal church in South Sacramento. According to the law firm of Joseph C. George, which represents Chambers, the claim is one of the first childhood sexual abuse lawsuits aimed at a non-Catholic church under the new state law.

“There is a shift going on,” said Timothy Hale, a Santa Barbara-based attorney who helped win rulings in California requiring both the Catholic Church and the Boy Scouts of America to disclose their secret perpetrator files, but is not affiliated with Chambers’ case. Because criminal statutes have expired in most cases, Hale added, “These civil cases are the only way to identify these men publicly.”

For Chambers, that means learning what his former church knew about the youth pastor who molested him—and whether there are more like him.

“It’s not just the Catholic Church,” he told SN&R. “It’s also happening in the black Pentecostal church—and we don’t talk about it.”

Greater Grace’s leadership didn’t respond to emails seeking comment. But some facts are not in dispute.

Collins pleaded guilty to seven felony counts of committing lewd acts against a child in 1999, and was sentenced to six years in state prison, according to online Sacramento Superior Court records. Now 46, Collins is a registered sex offender living in Elk Grove.

Chambers was just 12 when he first met Collins in 1995, when Collins was in his early 20s. Chambers says he and his parents were devout regulars at Greater Grace, with his dad serving as a deacon and his mom running Sunday School. That “Sunday to Sunday” commitment meant Chambers was frequently left to roam a place his parents thought was safe.

According to the civil claim, Chambers attended Sunday services, youth activities and retreats. That put him in frequent contact with Collins, who “began grooming” Chambers with friendship, gifts and by teaching him to drive, the complaint alleges. Chambers recalls Collins turning his apartment into a hangout for church youth. He says that on one occasion he and several other boys were rough-housing when Collins joined in and started groping them. Chambers says the boys told Collins to knock it off.

“And from then it was only me,” Chambers said.

He doesn’t know if Collins sexually assaulted anyone else. Collins has no other criminal charges in Sacramento County. But Chambers hopes his lawsuit answers that question with certainty. It’s one nagging mystery that Chambers says Greater Grace’s founding family never seemed all that interested in unraveling.

“We never received an apology. For anything,” Chambers said. “They’ve been real silent.”

After his parents went to the police, the family moved back to Los Angeles, where Chambers started his sophomore year in high school. His parents returned for the criminal trial, but he was spared the additional burden of facing his abuser and testifying before a jury.

“We just vanished,” he said.

Chambers says his parents couldn’t get their phone calls returned by their former bosses, Bishop David C. Foster Sr. and wife Ethel Foster, the church’s first lady, both 74. Chambers says the few times he returned to the South Sac flock for funeral services, Bishop Foster made a show of promising to get in touch, but never delivered.

“You know, it’s kind of awkward,” he said. “You don’t know what’s wrong, but you know something’s wrong.”

Maricar A. Pascual, an attorney representing the family, says her firm has reason to believe that Greater Grace failed to protect children from someone it knew or had reason to know was a risk for committing child sexual abuse. In an email, Pascual added, “this is something that we will learn more about via the civil discovery process.”

A case management conference is scheduled for June, online court records show. Meanwhile, the broad, gray building that houses Greater Grace was walled off by a steel security fence on Monday morning.

First opened inside a portion of a tin warehouse in north Sacramento in 1981, the Norwood Apostolic Community Church, as it was called then, rechristened itself three years later when it relocated to Del Paso Boulevard. Greater Grace moved three more times to its current location, an old multiplex movie theater on Sky Parkway.

Corporate business filings with the California Secretary of State’s Office confirm the Pentecostal operation is a family affair, with Bishop Foster as CEO, wife Ethel listed as secretary and their son Michael Anthony Foster, the current youth pastor, named as chief financial officer. The three are also the registered officers of Greater Grace Family Support Services Inc., which served as a distribution location for the Sacramento Food Bank in 2016, but otherwise keeps a low profile. The nonprofit didn’t provide a mission statement or other information to the IRS in 2002, the last year a tax-exempt filing could be found, or to GuideStar, which rates nonprofits.

On his webpage, which was last copyrighted in 2018, Bishop Foster writes that he wants to “expand Greater Grace Family Support Services, Inc. beyond its current focus of community feeding and clothing programs, tutoring, training and referral services” to include “a computer lab, skill center, and community education and resource center with a full-time paid staff.”

He also says there’s a plan to expand the Greater Grace School of Ministry that he founded two years earlier.

While more than 20 years have passed between the discovery of the abuse and the filing of a civil claim, time has not moved on for Chambers or his parents, who still suffer enormous guilt, their son says.

“I’ve been living with it all my life,” he said.

Following a stint in the military, Chambers says he went into the security field and once worked for the Kardashian family. He also kept his faith, just not at the church of his childhood. Chambers says he’s now a bishop in a more progressive congregation.

He spent years writing and rewriting his story in the hopes of giving voice to others like him. He finally found a version he liked, and released a self-published memoir in December titled I Trusted You.

“I said the names. I named the church,” Chambers said.

California law says the church now has to find an answer.