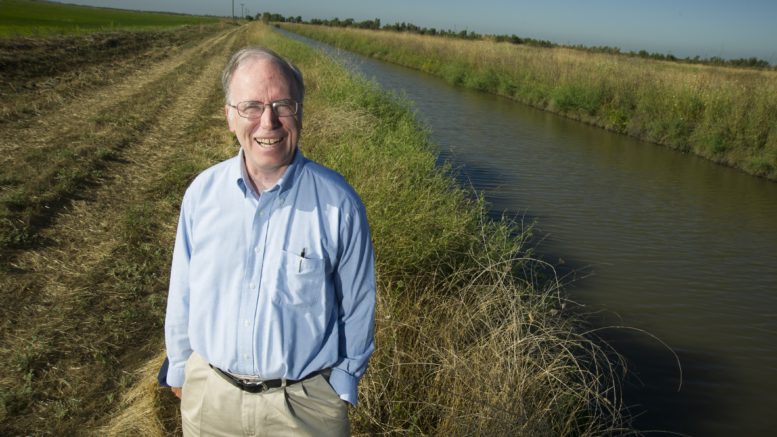 Jay Lund is director of the UC Davis Center for Watershed Sciences.

The Sacramento-San Joaquin Delta is essential for the Central Valley’s economy, well-being and ecosystems. It is a major supplier of land for local agriculture, water for Central Valley farms and Bay Area and southern California cities, recreation for Californians and habitat for California’s native species.

The Delta is ever-changing, from its origins 6,000 years ago as rising post-Ice Age sea levels drowned the confluence of local rivers to form a massive freshwater marsh. Since the 1800s this marsh was diked and drained for agriculture, leading to continuing land subsidence, as much as 25 feet below sea level in some places. Major federal and state water projects altered and reversed its water flows. Humans also brought numerous invasive species that continue to alter its ecosystem; non-native fish and plants dominate the Delta today.

The Delta’s centrality for many purposes has made it California’s most complex major water challenge. Hundreds of local, state and federal agencies and other stakeholders struggle daily with the Delta—and sometimes with each other.

Many Delta problems are worsening. Climate change is raising sea levels and temperatures, making floods and droughts more extreme and will likely further alter the mix of species. State legislation to end overdrafting of groundwater will increase demands for water from the Delta from farmers in the San Joaquin Valley struggling (mostly in vain) to find replacement water.

These growing challenges will bring potentially rapid changes to the Delta and increase the need for adapting its management, involving a mix of state and local actions.

Changes and challenges for the Delta extend to seemingly non-Delta water issues. Groundwater overdraft in the San Joaquin Valley connects directly with managing the Delta. Migratory species and environmental management in tributaries are connected to Delta conditions. The viability of many proposed water storage and conveyance projects depends directly on Delta conditions and how they are likely to change.

It is becoming more difficult to plan and implement a wide range of improvements when so many changes are occurring incrementally with so much uncertainty.

Changes are inevitable. Although some might be good for many, other stakeholders will be harmed. The difficulties of incremental management can lead to ineffective or wasteful investments, or abandonment of potentially useful actions. A larger framework is needed for advocates and opponents to work together.

Some actions that might help include difficult-to-organize public discussions of what kind of ecosystem, water management and economy the state should support for the Delta; a common scientific and technical program looking towards the future; coordination of sometimes conflicting regulations; and progress on a common Delta plan.

These are all tough issues, but progress on the Delta requires pulling many pieces together as a portfolio. Not changing is not an option.

Be the first to comment on "Essay: The changing Delta’s challenges"