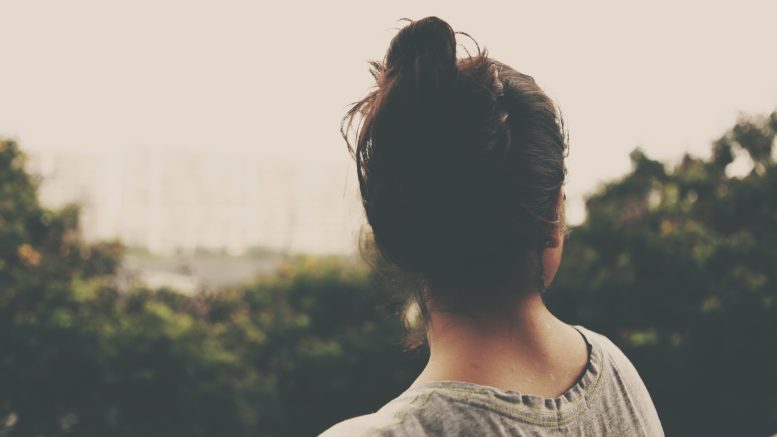 For a moment, it looked like Judge David De Alba didn’t understand what was happening.

With the aid of a Russian interpreter, a young woman stood in the crowded confines of Sacramento County’s civil harassment court asking for a restraining order. But instead of trying to block contact from the husband accused of imprisoning and assaulting her, she was asking for protection from the prosecutor working to bring her violent spouse to justice.

“I want you to defend me from this prosecutor who continues to pressure me to give testimony that is not true,” the woman, whom SN&R is identifying as “Sofia,” told the judge through her translator. “I’ve said repeatedly I’m not the victim of a crime. … Now, [the prosecutor] has been continuing to call and say that I could be charged with a crime if I don’t testify.”

The judge raised his eyebrows. “You want me,” De Alba began, “to order that the prosecutor has to stop trying to get testimony from you?”

“False testimony,” Sofia shot back through her interpreter.

De Alba gathered himself. The superior court magistrate was no stranger to cases involving domestic violence, a particularly knotty area of criminal law where victims are often reluctant to come forward because of the storm of human emotions that swirl around partner abuse. Sometimes hearts change. Sometimes victims are captives of circumstance, choosing abuse over outright homelessness. Sometimes they doubt the justice system can protect them or their children with its slow, creaking wheels. For whatever reason, many allegations of domestic violence never hear a judge’s gavel.

Convictions can be even rarer in ethnic communities, where language barriers, deportation fears, cultural differences and social isolation can make the already complicated paths to justice seem insurmountable, according to Nilda Valmores, executive director of My Sister’s House, a nonprofit serving survivors of domestic violence.

De Alba knew all this, but Sofia’s unusual request for a protective order against a deputy district attorney appeared to cause a double-take.

“Your request is respectfully denied,” he finally said. “The purpose of a restraining order is not to interfere in the discretion of a local prosecutor.”

Then, softening his tone, De Alba added, “I understand completely your reluctance to testify. I’ve presided over many cases when people were alleged to be the victims of domestic abuse, and may have made statements, and then later changed their minds and said their previous statements were false.” De Alba leaned forward. “People just like you.”

With her request denied, Sofia exited through the halls of the downtown courthouse, stepping out into a gray morning. It was October 6, 2017. A jury trial was still coming, one in which the official justice-seekers would be fighting against the will of the victim.

The first sign of trouble came in a 911 call.

On June 14, 2017, Sofia told an emergency dispatcher that her estranged husband Olexandr Kasianov bound her by her head and hands, trapped her inside a bathroom and assaulted her both physically and sexually.

Some time between that alleged incident and the start of Kasianov’s jury trial last month, Sofia recanted her claims of abuse. In his opening statement on March 13, public defender Jim Nelson zeroed in on the dueling narratives and argued that the DA’s office was over-prosecuting his client.

“Something happened,” Nelson acknowledged to the jury. “Marital relationships are never easy. … Now they’re back together. They solved their issues.”

Deputy District Attorney Carolyn Steffens, who’d taken over for the prosecutor Sofia tried to evade through restraining order, was soon laying out the peoples’ case. Sofia was planning to leave Kasianov, Steffens told the jury.

The couple had met more than 10 years ago in Ukraine. Sofia followed Kasianov to the United States on a fiancee visa, where the two worked odd jobs and cobbled a life together—one Sofia eventually decided to leave. On that day in June 2017, Sofia returned to their Carmichael apartment to gather some things. She found Kasianov waiting. Steffens played Sofia’s 911 call for the jurors.

“He came and wrapped tape around my face and hands,” a woman’s voice tells the dispatcher in accented English. “He put me on the floor. … I wanted to call the police but he took my phone. I asked him to please, stop. Five to 10 minutes later, I escaped.”

The recording was a primary piece of evidence supporting the narrative that Kasianov forced his wife into a bathroom, bound and assaulted her. The physical evidence was limited to the nearly two feet of black duct tape left tangled in Sofia’s hair, a red mark on her arm and scattered bottles that hinted at a struggle. But Steffens had another damning piece of evidence—a recorded jailhouse phone call between Kasianov and Sofia.

The couple spoke Russian in the recording, so a translator read the exchange in English for the jury. In it, Kasianov asked Sofia to say that the duct tape had been wrapped around her “affectionately.”

“Was I supposed to say everything’s OK?” Sofia can be heard asking her husband. “This wasn’t the first time. … I told the truth about what happened. … They’re not stupid.”

At one point in the call, Kasianov told Sofia, “The truth isn’t an obstacle—in a court hearing, you just mitigate.”

It was after this conversation that Sofia changed her story.

Near the end of the trial, Kasianov made the rare decision to take the witness stand. Speaking through a translator, Kasianov testified that he, not Sofia, had wanted the divorce. He accused his wife of becoming “emotional” on the day of the incident, slapping him and throwing bottles at him. He said that the duct tape tangled in his wife’s hair was part of a game she was playing with him. He denied that he’d ever blocked her from leaving.

“In emotion, she doesn’t know what she said,” Kasianov claimed.

During cross-examination, Steffens confronted the defendant about his statements in the jailhouse call. Kasianov argued the translated transcript wasn’t certified, that he’d been lied to when he signed it and that he didn’t remember making those statements. Steffens pressed him about Sofia’s comment that she had told deputies what really happened.

“So, she told the truth?” Steffens asked.

“She may have told her own truth,” Kasianov replied.

Jurors also heard from domestic violence expert David Cropp, a witness for the prosecution. Cropp testified that “a good 60 percent” of domestic violence victims recant their statements to law enforcement or refuse to cooperate with the district attorney’s office. That number was based, he said, on his experience and the literature, not a statistical study.

In Steffens’ closing remarks, she returned to Sofia’s apparent change of heart, reminding jurors that she had come to the country as an immigrant, without family support, and relied on the defendant in multiple ways.

Some of those factors may be why Sofia only testified under duress and the threat of a bench warrant. On the witness stand, she claimed she couldn’t remember much of what she’d first relayed to law enforcement, adding that she had exaggerated her statements that day because she felt stressed out and vengeful.

“I told the judge I didn’t want to testify,” Sofia said. “I’m not a victim; just a witness to what happened.”

But the jury didn’t buy it. After deliberating for three days, it found Kasianov guilty of two separate types of assault, kidnapping and false imprisonment. He’ll be sentenced in mid-April. He faces a maximum of eight years in state prison.

The conviction is a win for a Sacramento County Sheriff’s Department criticized in a 2016 grand jury report for failing to prioritize “investigative efforts or partnerships to reduce domestic violence.”

Sheriff’s investigators do belong to the county’s Domestic Violence Death Review Team. The coalition, led by the DA’s office, recently rung alarm bells about how abusive relationships often spiral into homicides in Sacramento County. The team studied seven murders and two attempted murders that happened in the area in 2017, all of which were precipitated by a history of domestic violence or stalking.

Addressing county supervisors in November, Assistant Chief District Attorney Paul Durenberger said the most dangerous time for victims in violent relationships is when they first announce their intention to leave.

Evidence in Sofia’s case suggests her attack came on the heels of just such an announcement.

The way these “lethality factors” can play out is something Valmores, of My Sister’s House, is painfully aware of. When battered women arrive at her organization, it’s one of the main things she explains to them.

“As advocates we may or may not agree with how a victim-survivor chooses to deal with their situation, but we really try to let them know the options, the advantages, the disadvantages and the safety issues,” Valmores said. “And the most important part to us is the safety.”

Without commenting on the Kasianov case, Valmores explained that she’s noticed many reasons victims are sometimes reluctant to report an abuser or cooperate with law enforcement: fear that the justice system will fail them and ultimately leave them more vulnerable; trepidation or shame about their personal lives being dissected before juries; and pressure from family or community members to not punish a spouse. Finally, Valmores observed, there’s often a well of emotions that comes with being hurt by someone who is extremely close.

“There’s usually a part of the woman that wants some justice or accountability, but they’re also just trying to live the best way they know possible,” Valmores said. “Oftentimes victims of domestic violence really love their partner, so they have to deal with that as well.”

Be the first to comment on "A reluctant victim"