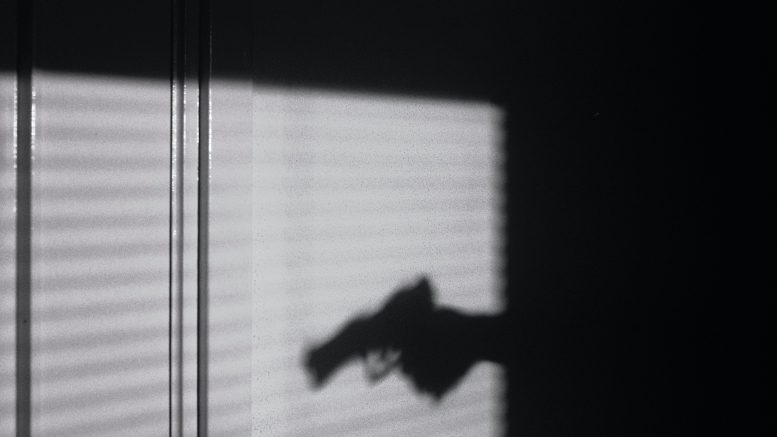 Thirty-three miles from the courthouse, Renee O’Neal was walking into the garage of a house she’d recently moved into. As the young mother of two approached her car, she was suddenly staring at Hill, the ex-boyfriend she’d filed a restraining order against. The gun Hill was holding belonged to her, something he’d stolen during one of the numerous break-ins he’d committed at her previous residence in Sacramento.

O’Neil was trapped. Her twins never saw her again.

As with the case of so many stories of domestic violence escalating into homicide, O’Neal’s killer escaped justice by turning the gun on himself. Police were racing after him through Truckee when he pulled the trigger.

If the saga was an outlier for the Sacramento region, prosecutors could rest easy that the justice system still protects most victims. But as the Sacramento County Domestic Violence Death Review Team’s latest report shows, similar incidents played out numerous times this year.

Presented to the Board of Supervisors on November 14, the report studied seven murders and two attempted murders, all of which started as ongoing domestic violence cases before spiraling into bloodshed. Of the seven homicides, five involved cases in which a husband, boyfriend or ex-husband shot his spouse and then turned the gun on himself.

In one slaying that didn’t involve a firearm, a 30-year-old man stabbed his 27-year-old wife to death, and was later caught trying to dispose of her body. In the other non-gun killing, a 55-year-old woman beat her 63-year-old spouse to death with a tool, then eventually killed herself. The report states that virtually all of the nine cases the Domestic Violence Death Review Team studied in 2017 involved evidence of calculation and preplanning.

The report’s findings were presented by Assistant District Attorney Paul Durenberger, a longtime member of the review team. Durenberger told supervisors that O’Neal’s murder—though he didn’t use her name—was an example of the court granting pre-sentencing bail to a defendant convicted of a serious felony, who could have been flagged under different circumstances as someone likely to do worse.

It wasn’t the only incident like that in 2017, Durenberger added.

“[There was] also another case, where a murderer had actually been arrested for putting a gun to the victim’s head in Placer County, and he actually bailed out, on a very high bail. … And three days later, he finished the job by killing her in Sacramento County,” Durenberger explained.

Durenberger said the DA’s office is using the report’s findings to take immediate action. Specifically, by compiling the annual death report, the team has been able to—in conjunction with other experts and studies—identify a number of “lethality factors” often present in the early stages of a domestic violence case, signs that can predict a possible murder down the road. The DA’s office is now working with all surrounding law enforcement agencies on a lethality assessment tool officers can use in the field and in court.

Durenberger said he expects all Sacramento-area officers will be trained on the new tool over the next year, adding that the DA’s office will be petitioning Sacramento Superior Court’s incoming Presiding Judge David De Alba to have all judges trained on it, too.

Another cause for optimism, Durenberger said, is the Sacramento Regional Family Justice Center. In the year the center has been open, its free attorneys have helped more than 1,880 people navigate the daunting 50-page process for requesting a civil restraining order. Durenberger stressed that the center is also a nexus point where victims can get meaningful help from advocates and social workers in creating a safe escape plan from their abuser.

“Research has shown the most dangerous time for a victim who’s trying to leave a violent relationship is when they first communicate they want to end that relationship,” Durenberger said. “Safety planning can take a long time.”

Board of Supervisors Chairman Don Nottoli was glad to hear that the years of planning for the family justice center was paying off with life-saving resources. “It’s been a real labor to get it where it’s at,” Nottoli acknowledged, “but it’s good news to work with. … I think it’s a good approach.”

Be the first to comment on "Missed warnings: How Sacramento’s domestic violence victims are failed by the system, some losing their lives"