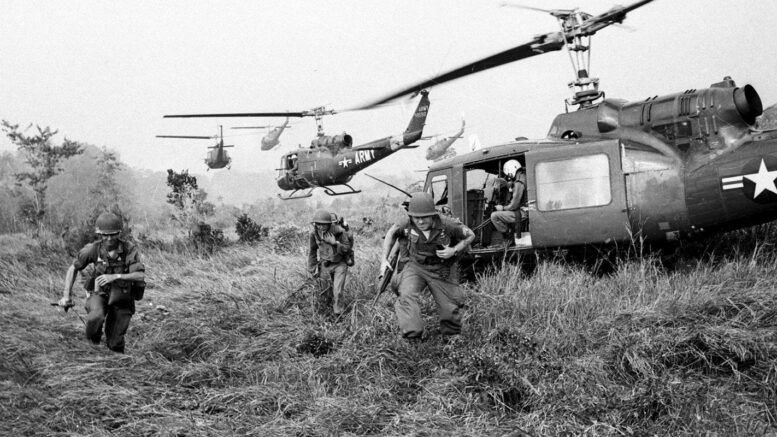 A group of Sacramento-area Vietnam war veterans gathered last week for an advanced screening of a new documentary by Ken Burns and Lynn Novick about the bloody conflict that changed their lives. By the end of the event, some vets were left pondering the past, while others found themselves worrying about the future.

The 10-part series, The Vietnam War, is airing now on PBS.

The early screening was held at the KVIE television studio in Sacramento. KVIE staff invited regional veterans for a special preview and discussion. After watching more than 45 minutes of footage from the 18-hour documentary, former Air Force combat pilot Gene Hamner told those gathered that he hoped the film would convince fellow veterans to finally open up about their war experiences—and seek help if they need it.

Hamner added that he wants the film to make Americans think about the commitments politicians often make, and then abandon, to allies during times of war.

“The Hmong, I’ve got a soft place in my heart for them,” Hamner said. “You’d see those children on the streets [of Vietnam] just shaking with fear. When you come back, you want to do whatever you can for them.”

UC Davis professor Carolee GiaoVyen Tran was one of those terrified children who escaped the fall of Saigon. Tran and her family barely made it onto a U.S. naval boat as North Vietnamese forces raided their neighborhood. Being an immigrant and former war refugee, Tran said that Burns and Novick’s documentary made her think even more about the xenophobic rhetoric of the Trump administration.

If Tran was focusing on the present, the screening left Vietnam veteran Ed Laird, another Air Force combat pilot, more worried about what’s on the horizon.

“It brought back a lot of memories,” Laird told SN&R. “But it’s also important because of what’s happening right now with North and South Korea, and everything that could happen. I think a film like this reminds us of what a war will do, both for those fighting and those at home.”

Be the first to comment on "A premiere they remember: Vietnam war vets reflect on new Ken Burns documentary"