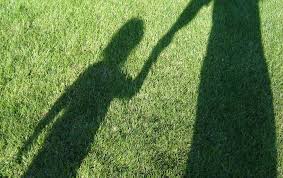 Ernie Cadena’s little daughter stood in the afternoon heat, wearing a long shirt adorned with a photograph of him smiling at her side. The child glanced out at Meadowview Park as she walked past the spot where her father was murdered. Monica Robinson, a member of Blessed Kingdom Builder’s Ministry, came over to offer the girl into a supportive embrace.

“Everything your dad taught you, no one can ever take that from you,” Robinson whispered. “You have the time the two of you spent together, and that’s yours forever. You hang onto it.”

A few feet away, Sacramento police Sgt. Sameer Sood shook hands with community members who arrived under the glaring sun. It was 101 degrees, but that didn’t stop one pastor after another from climbing out of the line of cars parked along the sidewalk. The gathering was in reaction to five people being shot here on August 27—a blur of violence that left four wounded and a girl without her father. Now, leaders from the area’s houses of faith were uniting with neighbors to send a message.

“We want the people of Meadowview to know they’re not by themselves,” Robinson told SN&R.

Police Chief Daniel Hahn knelt at the makeshift memorial for Cadena to read the goodbye messages. In the coming hours, Hahn would stand in front of two different crowds, trying to offer reassurances to each in the wake of tragedy. Three names would continue to ring out during the evening: Cadena, reportedly shot dead by gang members, county sheriff’s Deputy Robert French, gunned down the day before by a career criminal, and Joseph Mann, a mentally ill homeless man killed by police officers the previous summer.

Each story has its own community of mourners. And through the tears, anger and exasperation voiced at separate meetings held in Meadowview Park and Curtis Park on August last Thursday, the only common denominator was the social scarring of gun violence, and the ways it continues to bring people together—and split them apart.

The Meadowview show of solidarity was organized by Pastor Les Simmons of South Sacramento Christian Center in Valley Hi, and Jackie Rose, CEO of Focus on Family Foundation.

“We’re all here together because violence knows no ZIP code, it has no address,” Simmons told the gathering. “We want peace in our community.”

Two of the key speakers were Mayor Darrell Steinberg and Councilman Larry Carr, who represents Meadowview. Just two nights before, Steinberg and Carr played critical roles in bringing the controversial Advance Peace program to Sacramento. Both men cited the shootings in Meadowview, which capped a summer of gun-related murders around the capital city, as evidence leaders needed to act.

According to Khaalid Muttaqi, director of the city’s Gang Prevention and Intervention Task Force, Sacramento experienced a 54 percent increase in homicides and a 47 percent increase in firearm assaults in 2015. Homicides climbed another 12 percent last year. Muttaqi urged the City Council to make Sacramento one of two new test cities in California for the Advance Peace program. The youth intervention initiative targets a small group of individuals most likely to engage in gun violence and attempts to put them on a new path. If participants meet positive goals over time, they can get financial assistance through the program.

Advance Peace was first developed in the city of Richmond, where it’s credited with reducing both homicides and firearm assaults by 50 percent.

During the council meeting, Carr noted that misinformation about the program was swirling through his district. A number of residents had called his office saying they’d heard Advance Peace was essentially about paying dangerous criminals to behave themselves.

“They’re not getting paid to be doing right, they’re getting paid to map out a life plan that will take them from where they are, to somewhere that’s more productive,” Carr stressed.

“The community of Meadowview is traumatized,” he added. “When something like this happens, it’s not just the person who was shot. The whole community is impacted.”

Steinberg and Ashby argued at the dais for nearly 30 minutes before Council Members Eric Guerra and Steve Hansen spoke up strongly in favor of the program. Councilman Rick Jennings and Chief Hahn had also expressed support. It ultimately passed.

Standing in front of the gathering at Meadowview Park, Steinberg alluded to the political drama around Advance Peace. “It was the right thing to do,” the mayor said. “I care a lot less about messes at City Hall than I do about the lives of people in our neighborhoods.”

An hour later, a crowd began assembling in the Sierra 2 Center in Curtis Park for a forum on policing, race and justice in the Trump era. The event was hosted by Organize Win Legislate and its panel featured Hahn, Simmons, Hansen and a host of experts, activists and organizers.

Before any discussion started, Liah Burnley, chair of OWL’s Committee on Race & Justice Equity, addressed the murder of Deputy French. “My heart is so heavy tonight knowing that one of our officers was just killed yesterday,” Burnley said. “And to know that he was killed in the line of duty.”

Deputy District Attorney Noah Phillips, a member of the panel, soon spoke about working with French, whose moniker was “Mr. North” for the amount of time he spent patrolling the north county. Phillips recalled one case he’d prosecuted that involved a woman who was being “tortured” by her husband, but was too terrified to reach out for help. Phillips said it was French who broke through to her and made an arrest happen.

While some in the audience appreciated the reflections, Phillips quickly found himself under fire from other panel members, including Simmons and Voice of the Youth founder Berry Accius, both of whom demanded answers for why the district attorney’s hadn’t prosecuted police officers John Tennis and Randy Lozoya for the killing of Joseph Mann in July 2016. Simmons and Accius repeatedly challenged Phillips about why Mann’s slaying wasn’t considered murder by his office, with both men alluding to audio recordings of Tennis and Lozoya making threatening comments seconds before they gunned Mann down.

Simmons insisted there would be no real police oversight until the DA’s office stopped giving law enforcement preferential treatment during homicide investigations.

For his part, Hahn attempted to tell the audience about the efforts his police department is making to establish trust in neighborhoods leery or afraid of its officers. Yet much of Hahn’s approach—like having officers work as youth mentors through sports, attend community gatherings in challenged areas and partner more closely with social services providers—was attacked by panelist Claire White, a regional defense attorney. White told the crowd that, in her view, law enforcement had perpetrated so many abuses against communities of color that its officers should stay out of their neighborhoods and schools altogether.

“They shouldn’t be on schools near your kids,” she challenged.

“I’ve never met anyone, in all my years of doing this, who doesn’t think they need police in their neighborhoods,” a stunned Hahn observed. “I’ve met plenty of people who think the police should behave differently, or engage in a different way, but I’ve never met one person who’s told me they don’t want cops in their neighborhood at all.” Pausing, the chief glanced over at White and admitted, “Well, I guess I’ve finally met one tonight.”

At one point, the forum descended into shouting matches between Accius and a handful of audience members reacting to his claim that even modern law enforcement agencies are protectors and perpetrators of institutionalized racism.

Simmons, who works with the Sacramento police on community improvement efforts while simultaneously calling for better oversight and accountability of its officers, stayed calm throughout the emotional torrents. The pastor returned to a similar note he’d struck earlier in the evening, when speaking about the shootings in Meadowview, reminding the crowd, “This is about, ’What is the code that we want to live by as Sacramentans.’”

Be the first to comment on "Shadow of the gun: A vigil, a debate and a new approach drive response to community violence"