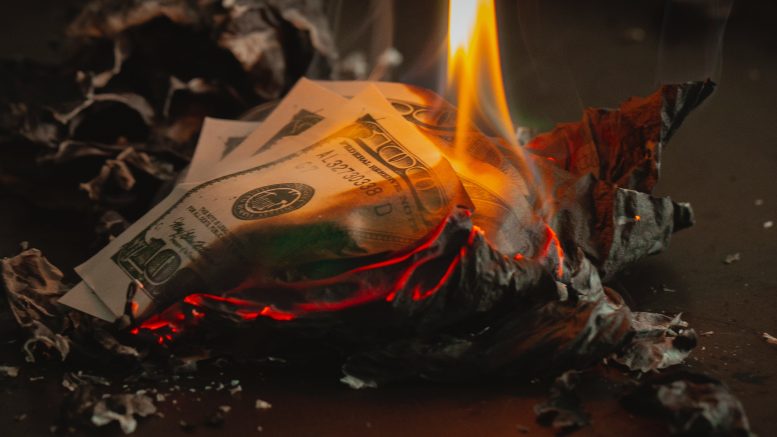 Thirty-two ounces of whipped cream, coconut shavings and sugar crumble were enough to launch a full jury trial last week, as one of Sacramento’s most veteran prosecutors clashed with a defense team over the velocity of a pie that hit former Mayor Kevin Johnson in September 2016.

The details of the incident were pored over for a jury with the kind of monomaniacal replaying often reserved for something like the Zapruder film.

With a line of witnesses and hours of testimony going by, both sides stayed locked to the end in an analytic dog fight about the power of a pastry. And the food theme permeated the courtroom beyond the alleged weapon of choice: Deputy District Attorney Anthony Ortiz advanced his felony assault charge against activist Sean Thompson by calling zero police officers and no victim to the witness stand, relying instead on a virtual who’s who of the city’s restaurant scene to prove the case.

While jurors hadn’t ended their deliberations as of press time, Superior Court Judge Robert. M. Twiss had offered an opinion about the case on the record—though not in front of the jury—and in doing so joined a choir of criticism about the specific charges against Thompson being selectively enforced and politically motivated.

The legal sparring in Thompson’s trial started before jurors were even selected. Defense attorneys Claire White and Jeff Mendelman successfully argued against a jailhouse interview Thompson gave being entered into evidence in its entirety. Thompson is charged with a felony count of assaulting a public official in retaliation for that person’s carrying out his given duties.

In his jailhouse interview, conducted a day after he “pied” the mayor at a fundraising event at Sacramento High School, Thompson spoke at length about what he perceived as Johnson’s lack of empathy and action for people living on Sacramento’s streets.

Ortiz wanted all of this 20-minute diatribe played for the jury. Instead, Twiss told the prosecutor he’d rule separately on each individual statement within the interview. Barred were Thompson’s comments calling the mayor “a real asshole” for the last seven years. Other remarks about feeling pressure to make a statement against the mayor, for focusing all his energy on the city’s elites while ignoring those struggling, were allowed into evidence.

During opening motions, after Twiss already made his ruling, Ortiz told the judge it wasn’t a good call to keep some of the jailhouse interview from the jury.

“I’ve never been part of a case when such a clear admission of a crime has been limited,” Ortiz argued, “when it proves nearly every element of this case.”

That remark prompted the judge to tell Ortiz exactly what he thought of the charges against Thompson.

“Stripping this case down, this is a simple misdemeanor battery—that’s what it is,” Twiss said of the felony allegation. “He put a pie in someone’s face. It’s being charged as a felony because of who the victim is, and I get that.”

In January, a host of defense attorneys—including one former prosecutor—told SN&R that the Sacramento County District Attorneys Office was inexplicably punitive when it came to handling low-level cases against local activists. At the time, Chief Deputy District Attorney Steve Grippi strongly denied that claim.

Twiss’ comments drew no response from Ortiz. The next morning, the prosecutor was handling jury selection by asking potential candidates if they could arrive at a guilty verdict despite any personal views they had on the court wasting resources and taxpayer dollars.

Over the course of the trial, Ortiz made his case against Thompson with no designated law enforcement investigator seated by his side. Proof of the defendant’s guilt was offered through the testimonies of a restaurant owner, the wife of another restaurant owner, a journeyman waiter and the assistant manager of food for the Sacramento Events Center.

Through a lengthy span of examination and cross-examination of witnesses, the setting for the mayor getting splattered in coconut cream was brought to life in vivid detail. Roughly 120 people had gathered for the Seeds of Hope fundraiser, a workforce development initiative aimed at getting teens involved in the culinary landscape. There was a glowing sunset on the sky as attendees in business attire sipped dragon’s blood punch, enjoyed live music and rubbed elbows with celebrity chefs like Randy Paragary and well-known athletes like Urijah Faber.

Some facts about what happened next appear to not be in dispute among the witnesses in the case. According to server Paul Raine, “Some time between salads and pasta” Thompson appeared behind the mayor as the latter was talking to his wife near the podium. Thompson slapped the pie in Johnson’s face. The ex-NBA player turned, punching Thompson one-to-three times where he stood before tackling him to the ground, where he pinned the pie bandit down to drill him with at least four more blows.

Bobbin Mulvaney, co-owner of the trendy restaurant Mulvaney’s B&L on 19th Street, gave the jury a color commentary on all the action.

“I saw Kevin’s black glasses go flying with cream on them,” she said, adding that “Mama Rose”—Johnson’s mother—suddenly gasped out loud. That’s when Mulvaney saw her mayor take control of the situation.

“(Johnson) was hitting him,” she recalled. “I saw three good punches go.”

During cross-examination, Mendelman asked Mulvaney about a television interview she gave with Sacramento CBS13’s Jennifer McGraw a day after the pie throw-down. Mendelman wanted to know if Mulvaney had sought the TV reporter out.

“No,” Mulvaney stressed, shaking her head. “I actually had ditched her three times, and then she came and stood outside my restaurant.”

When asked by the defense what she knew about Thompson, Mulvaney reflected, “I’ve since read about work he’s done. I’m sure his heart was in the right place, but his actions were unacceptable.”

Mendelman glanced down at his notes. “Did you ever make comments to anyone about wanting to do something to Mr. Thompson for ruining your event?” he asked.

“Absolutely,” Mulvaney shot back. “I probably would have wanted to kick his ass with my shiny, silver cowboy boots.”

Mulvaney was, in fact, wearing shiny, silver cowboy boots on the witness stand.

In the inverse of typical trials, it was the defense that relied on testimony from several Sacramento police officers. But before White and Mendelman did that, they had one restaurant personality of their own to call to the stand. Greg Gallaher, manager of Dad’s Kitchen on Freeport Boulevard, was also looking on as Johnson and Thompson got twisted up. Referring to the coconut-cream drenching inflicted on the mayor, Mendelman asked, “Could you describe the amount of force?”

Gallaher leaned back, saying, “Not to sound glib, but it seemed like the appropriate amount of force to hit someone with a pie.”

White and Mendelman went into closing arguments Tuesday, May 9, with the judge having blocked much of their planned defense strategy. Twiss ruled that any character witnesses testifying about Johnson or Thompson would be irrelevant. He refused to allow the jury to hear about or see the extent of injuries Johnson inflicted on Thompson with his barrage of punches, or the ambulance ride that resulted. Mendelman expressed frustration about the ruling during a conference in which the jury wasn’t present.

“Assaults usually aren’t charged when the victim turns around and beats the alleged perpetrator to a bloody pulp,” he told Twiss. “They just aren’t.”

Likewise, Johnson’s claims to Sacramento police that he suffered whiplash from the pie were also deemed inadmissible.

Perhaps more devastating to the defense, Twiss admonished the attorneys not to tell the jury it was deciding a felony case as opposed to a misdemeanor. Though Twiss himself had said on the opening day that the incident didn’t constitute a felony, he wasn’t allowing the defense to make the same argument to those deciding Thompson’s fate.

“I never say felony or misdemeanor when I read the charge,” Twiss said to the attorneys. “It has a tendency to push the jury one way or the other.”

Early into listening to testimony about the events, one juror actually asked Twiss if he was understanding correctly that this was a felony case. Twiss instructed that juror “not to worry” about those terms.

In his closing argument, Ortiz implored the jury to take personalities out of their decision and focus only on the evidence.

“We heard a lot about Kevin Johnson, but that’s not the reality of what this charge is about,” Ortiz said. “It could have been Mayor Steinberg, or any other mayor … Mayor Johnson puts himself out there as a public official in a vulnerable and unique position—you’re in a public forum at almost every part of your day, and someone like the defendant can attack you.”

Ortiz added, “Ms. White wants to talk about the haves and have-nots, as if we’re on the Titanic and poor Jack wasn’t invited. … I’m not up here asking if Mr. Thompson is a horrible person, but the reality is he’s still guilty of simple assault on Mayor Johnson.”

Before the defense launched into its own closing arguments about Thompson’s pie-tossing being an act of nonviolent political theater, jurors heard from Thompson himself, as a recording of his own voice was played aloud. The military veteran and longtime homelessness activist emphasized disillusionment and lost chances of the Johnson administration.

“All he cared about was the arena,” Thompson said. “The reality is that our grandchildren are going to be paying for it when they are our age, and that made me really upset.”

Be the first to comment on "Pie of the Century: Judge questions Sacramento DA’s handling of Thompson charges"