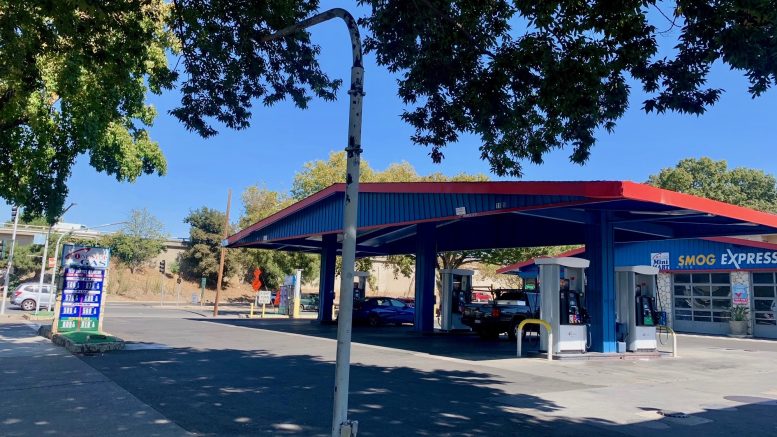 At a news conference on October 7, Governor Gavin Newsom called for a special session of the California Legislature in December to investigate oil companies for gouging at the gas pumps and to impose a windfall tax on oil profits.

The gap between gasoline prices in the U.S. and California has now reached $2.60 per gallon at a time when inflation is hammering California residents and oil industry profits soar.

Newsom said the special session will begin Dec. 5 after all the votes have been counted from the November elections and newly elected lawmakers are sworn in.

“Oil refinery costs and profits rose 240% from August to September, costing you more,” said Newsom in a statement. “On Friday, we asked oil companies: as crude oil is down, why are their profits up and why does CA have skyrocketing gas prices? It doesn’t add up. Some were evasive, most didn’t respond at all.”

Details remain scarce on the proposed legislation, outside of the fact that Newsom wants the Legislature to develop a framework for the new tax on oil companies.

“Every single one of us should be outraged and disgusted by these folks,” Newsom said, referring to the oil companies. “They’re taking advantage of you and they’re fleecing you for billions and billions of dollars.”

“The gas rebates that are beginning to roll out today to Californians were a huge step in helping ease the brunt of rising fuel costs, and we will continue to examine all other options to help consumers,” the leaders noted in a joint statement. “As stated last week, a solution that takes excessive profits out of the hands of oil corporations and puts money back into the hands of consumers deserves strong consideration by the Legislature.”

Consumer and public interest groups praised the Governor for calling for the special session.

“Governor Newsom is rightly standing up for Californians who are being taken advantage of at the gas pump by a cartel of oil refiners who are making windfall profits at their expense,” said Jamie Court, President of Consumer Watchdog. “Now it’s time for the legislature to answer the Governor’s call with a windfall profits tax that takes back the outrageous profits oil refiners have been making off Californians’ pain at the pump.”

On September 27, facing a huge gap between California and US gas prices, Consumer Watchdog asked the Governor to call a special legislative session to deal with the issue.

Then, last week, Consumer Watchdog issued a report explaining why California needed a

windfall profits tax and how to implement it.

According to the organization, “Second quarter 2022 profits reported by Chevron, Marathon Petroleum, PBF Energy, Phillips 66, and Valero showed that they made more than $1 per gallon–three to ten times more in profits per gallon on the West Coast over the second quarter last year.  Profits from West Coast operations also registered the highest among each refiner’s reported regions across the U.S. and the world.”

“Five refiners — Chevron, Marathon Petroleum, PBF Energy, Phillips 66 and Valero — make 97% of the state’s gasoline,” the report went on. “They are in a position to restrict gasoline supply to drive up gas prices. They have consistently restricted supply and artificially driven up their prices significantly in excess of their costs.”

The group said five oil refiners raked in $26 billion in the second quarter – $14 billion more than their profits a year earlier: Read the report.

“When oil refiners are making more than $1 per gallon off every gallon sold, it’s time to take back the extra profits and give them back to California drivers,” said Court. “The Governor is taking a strong stand for the people of California and their wallets.”

“We’re relieved to see Governor Newsom holding Big Oil executives accountable for price-gouging Californians, but the fact remains that the only way to truly end the fossil fuel industry’s extractive hold on our climate and communities is to get rid of fossil fuels entirely,” said FWW’s California Director, Chirag G. Bhakta. “The strongest stance Newsom can take after this first step is to stop granting fossil fuel permits immediately and start a transition to equitable, clean energy.”

Since Newsom came to office in January 2019, the number of new and reworked oil drilling permits issued by CalGEM, the state’s oil and gas regulator, comes to nearly 12,000.

On the other hand, the Western States Petroleum Association and Republican lawmakers condemned Newsom’s call for an emergency session as a “political stunt.”

“It was just over a month ago that the Governor and the legislature got together and imposed a series of mandates and regulations that will cost Californians a record $54 billion dollars,” said Catherine Reheis-Boyd-Boyd, President of the Western States Petroleum Association (WSPA) and former Chair of the Marine Life Protection Act (MLPA) Initiative Blue Ribbon Task Force to create “marine protected areas” on the South Coast. “These are the types of actions that can drive consumer costs way up. A better use of the special session would be to take a hard look at decades of California energy policy and what they mean to consumers and our economy.”

“If this was anything other than a political stunt, the Governor wouldn’t wait two months and would call the special session now, before the election. This industry is ready right now to work on real solutions to energy costs and reliability if that is what the Governor is truly interested in,” the WSPA president added.

WSPA, the largest and most powerful corporate lobbying group in Sacramento, has spent over $17.5 million lobbying the California Legislature and other state officials over the past three years.

In 2021, WSPA spent $4,397,004 lobbying legislators and state officials to serve Big Oil’s agenda, according to data filed with California Secretary of State’s Office.

Newsom called for the special session as California continues to issue thousands of oil and gas drilling permits every year. Second quarter permit approvals pushed the overall number of oil drilling permits approved since Newsom came to office in January 2019 to 11,669, according to an analysis by Consumer Watchdog and Fractracker Alliance. The permits are posted on a map at www.newsomwellwatch.com

The groups revealed that State approvals for permits to fix or deepen existing oil wells skyrocketed in the second quarter by 124% over the same time last year. “Some of the permit approvals by CalGEM are for idle wells and wells that barely produce, and both types can leak deadly methane and other harmful pollutants,” the groups concluded.