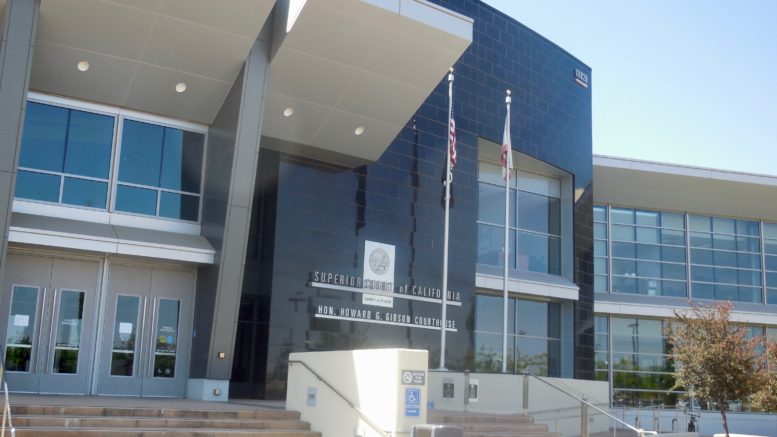 The Santucci Justice Center in west Roseville was the site of a major court battle over driving, and killing people, on Ambien.

Placer County attorneys spent weeks battling over whether two teenagers were killed by a recklessly dangerous pill-popper or an accidental victim of Ambien-induced parasomnia. The verdict was finally announced June 29.

Charged with two counts of second-degree murder, 64-year-old Philip Ingram was facing a prosecutor determined to convict him of the highest crime possible based on the theory of implied malice. It’s a legal maneuver that’s been used to successfully convict suspects driving with alcohol and methamphetamine in their system, though the Placer County district attorney’s office knows of no previous cases in the region where it’s been tried with the nation’s most popular sleeping prescription. Every lawyer working on the case was in uncharted territory. As details emerged about a harrowing day along an Auburn roadside in 2016, both the prosecution and defense attempted to explore the consequences of an increasingly narcotized American public.

Those probing arguments ultimately resulted in guilty verdicts against Ingram.

They were three teenage boys enjoying a Sunday afternoon in their hometown. One was 15-year-old Jared Gaches, a philosophical piano virtuoso who loved swimming, riding dirt bikes and making new friends. One was 15-year-old Trevor Keller, known for his sense of humor, his warm, encouraging nature and his die-hard love of football. Rounding out the trio was 14-year-old Nick Agosti, a well-liked kid about to be thrust into a public story no teenager could possibly fathom. It was the afternoon of April 3, 2016. The boys had been hanging out at a pond and skateboarding at a local park. Before heading home, they’d decided to stroll up Highway 49 to grab drinks at Dutch Brothers. Sitting in court two years later, Agosti would recall suddenly seeing a Ford F250 barreling straight at them.

“They were on the shoulder of the road in a place they should have been safe,” prosecutor Robert Lopez told the jury. “One minute they’re three friends walking together, and then next minute, two of them are dead.”

Kris Kauderer, a mechanical engineer who specializes in accident reconstruction, used photographs, measurements, forensic mapping and 3D laser scans of the scene to determine that Ingram’s truck was traveling at nearly 60 miles per hour when it veered into Gaches and Keller, sending one boy flying 100 feet as the other was fender-vaulted up and to the side. The blur of violence happened inches from Agosti.

Kauderer told the jury it was clear from physical evidence that all three teens were walking on the far side of the shoulder and not wandering in the traffic lane.

According to Placer County sheriff’s Deputy Jeff Emery, one of the first responders to pull up, Ingram was waiting across the highway from the carnage. A dash-cam video from Emery’s patrol car captures Ingram coherently answering the deputy’s questions, explaining where he was coming from, where he was going and how the boys were showing off in the roadway—an attempt at victim-blaming that was later disproven. Despite Ingram’s apparently lucid answers, Emery’s dash-cam shows why the deputy was suspicious. “Keep sitting there, bud, before you fall down,” Emery warned.

“I asked him when the last time he went to sleep was, and he chuckled and said, ’that sounds funny,’” Shemenski testified.

A forced blood-draw later revealed Ingram had a significant amount of Ambien in his system.

Since Ingram had a prior DUI conviction in 2000, the Placer County district attorney’s office elevated his two counts of vehicular manslaughter to second-degree murder charges. California law allowed them to do that through the theory of implied malice, meaning Ingram took conscious, reckless actions he knew could result in a loss of life. Prosecutors say their investigation revealed Ingram was a chronic and deliberately calculating pill-popper who was constantly medicating himself for a pain condition. Lopez presented evidence that Ingram’s prescription for high-grade opiates had run out just before the accident and wasn’t eligible to be refilled.

“Ambien was the only thing available to him,” Lopez stressed.

But public defenders Emily Koehler and Eric Begeschu painted a different picture of Ingram for the jury. They called witnesses to testify their client had suffered a traumatic brain injury from a work accident in 1996 and now lived with a litany of health issues. They had Ingram’s roommate testify that he’d never seen Ingram intoxicated. According to the defense attorneys, Ingram had accidently taken one Ambien pill that afternoon, believing he’d reached for his heart medication. The attorneys then called forensic toxicologist Edwin Smith to testify that, based on his evaluation, Ingram had been in a state of Ambien-induced parasomnia during the killings—meaning he was literally sleepwalking and sleep-driving when he took the teenagers’ lives.

“What these compound effects essentially create is a walking zombie,” Koehler summarized in her closing arguments. “It creates a sort of auto-pilot type mode … This is not a murder, this is an accident.”

The prosecution tried to counter that claim by calling Dr. Anna Lembke, chief of addiction medicine at Stanford University’s Dual Diagnosis Clinic. Lembke told the jury that, based on her evaluation, Ingram was not in a state of parasomnia during the homicides because he was engaged in conversation at the scene and had a clear memory of the events in the hours and days that followed. Lembke also testified that Ambien abuse is a fast-growing health threat in the United States. According to the Centers for Disease Control, 9 million Americans use prescription sleep medication, with Ambien being the most widely used option.

Placer County DA investigator Vince Dutto presented photographs taken during a search warrant of Ingram’s home: The images show that Ingram kept a meticulously organized cabinet full of differently labeled pills. Lopez argued this wasn’t the cabinet of a man prone to mistaking one medication for another.

“He was impaired but conscious,” Lopez hammered home to the jury.

The guilty verdict was read to a packed courtroom. Tears of both relief and anguish filled the room. Ingram faces up to 30 years to life in prison. He’ll be sentenced in August.

The verdict was a relief to Jared Gaches’ father, Todd Gaches, who said the issue of drugged driving and drunk driving seems to him a rolling tragedy that never stops enveloping more families.

“There’s no words that haven’t already been said to try to reel in how you feel,” the father reflected. “This is going to go on forever, no matter what I say. … Most of the time now, humanity just lets me down. I’m pretty embarrassed by what we’re capable of.”