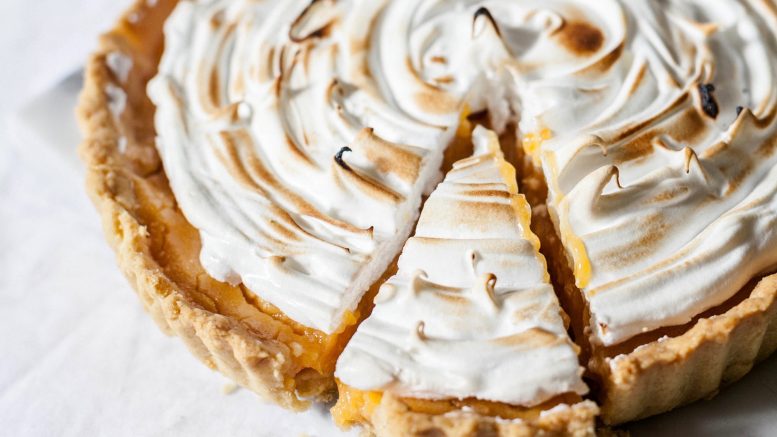 Thompson and his attorney Claire White watched from the defense table of a virtually empty courtroom as Sacramento County Deputy District Attorney Anthony Ortiz called a single witness to testify about the infamous pie incident that took place September 21 at Sacramento High School, which ended with Thompson on the ground taking face punches from K.J.

Sacramento police Det. Orlando Moralez, assigned to the mayor’s protection detail, testified that he was called to an afternoon fundraising event where a witness told him she’d watched Thompson sneak up on the mayor holding a plastic bag and then whip out a pie to give him a good splattering. When Ortiz asked the detective how that witness had described Thompson’s demeanor, Moralez responded, “She said the act was full of anger and aggression.”

Moralez also testified that Johnson told him the pie hitting his face had caused a pain that went from his neck down to his spine, similar to a whiplash injury.

During cross examination, White attempted to ask Moralez if he had read any of the statements from other witnesses or members of law enforcement who were nearby when Johnson got the Nickelodean treatment.

White specifically attempted to reference a report by police Det. Calvin Lynn, which she said characterized witnesses’ view that Thompson’s actions were “just a prank.”

After Moralez testified that he could not recall reading those witness statements or reports before coming to court, a frustrated White told Judge Paul L Seave that Moralez was impaneled for his ignornace.

“The district attorney’s office chose to bring an officer here today who was not the primary investigator in the case and who happened interview the only two witnesses in the entire case who described what Mr. Thompson did as a violent act,” she said.

Both the prosecution and defense agreed in court that Thompson’s motivation for pieing Johnson was to protest the treatment of Sacramento’s homeless, though they strongly disagreed on whether the act counted as “retaliation” against a public official.

When Seave was ready to hear closing arguments, White stressed that Thompson’s assault charge can be legally lowered for a reason.

“The legislature allowed for this violation to be lowered in some cases,” White argued. “Mr. Thompson in no way attempted to injure the mayor, and whether this rises to the level of a felony is where the rubber meets the road. The felonies we see in cases with this charge are for viscious attacks where significant injuries are sustained. We have a young man who squashed a cream pie in someone’s face. This is text book misdemeanor behavior.”

Ortiz countered that the circumstances, coupled with Johnson’s vulnerability as a public figure constantly attending events, justified treating Thompson as a felon.

“There is no avoiding ‘the pie,’” Ortiz admitted in a nod to the tenor of the media coverage. “Mr. Thompson has a long history of demonstrating and certainly understands peaceful activism. This was a planned attack on a public official. … This was a well-planned attempt to humiliate the mayor in front of his mother and his wife, and in front of the public. And it was an aggressive act, because he grabbed the mayor and swung his arm around near his face.”

Ortiz added, “At first glance it might seem laughable, but this is a mayor that has to put himself out there every day, open to assault, and Mr. Thompson took advantage of that.”

Before rendering his verdict on whether the charge would move forward as a felony, the judge reflected on a couple of other culprits well know for their pie-wielding shenanigans.

“The word ‘pie’ in some ways calls up the image of Abbott and Costello,” Seave told the attorneys. “But in Abbott and Costello, when someone gets hit with a pie, no ever ever gets hurt. But here we have testimony that [Johnson] felt pain the next day.”

Seavy ruled Thompson will stand trial in January still facing a felony. Exiting the courtroom, White noted aloud, in reference to the mayor’s possible whiplash, that such injuries can also be self-inflicted in the process of beating someone who’s throw a pie at you.