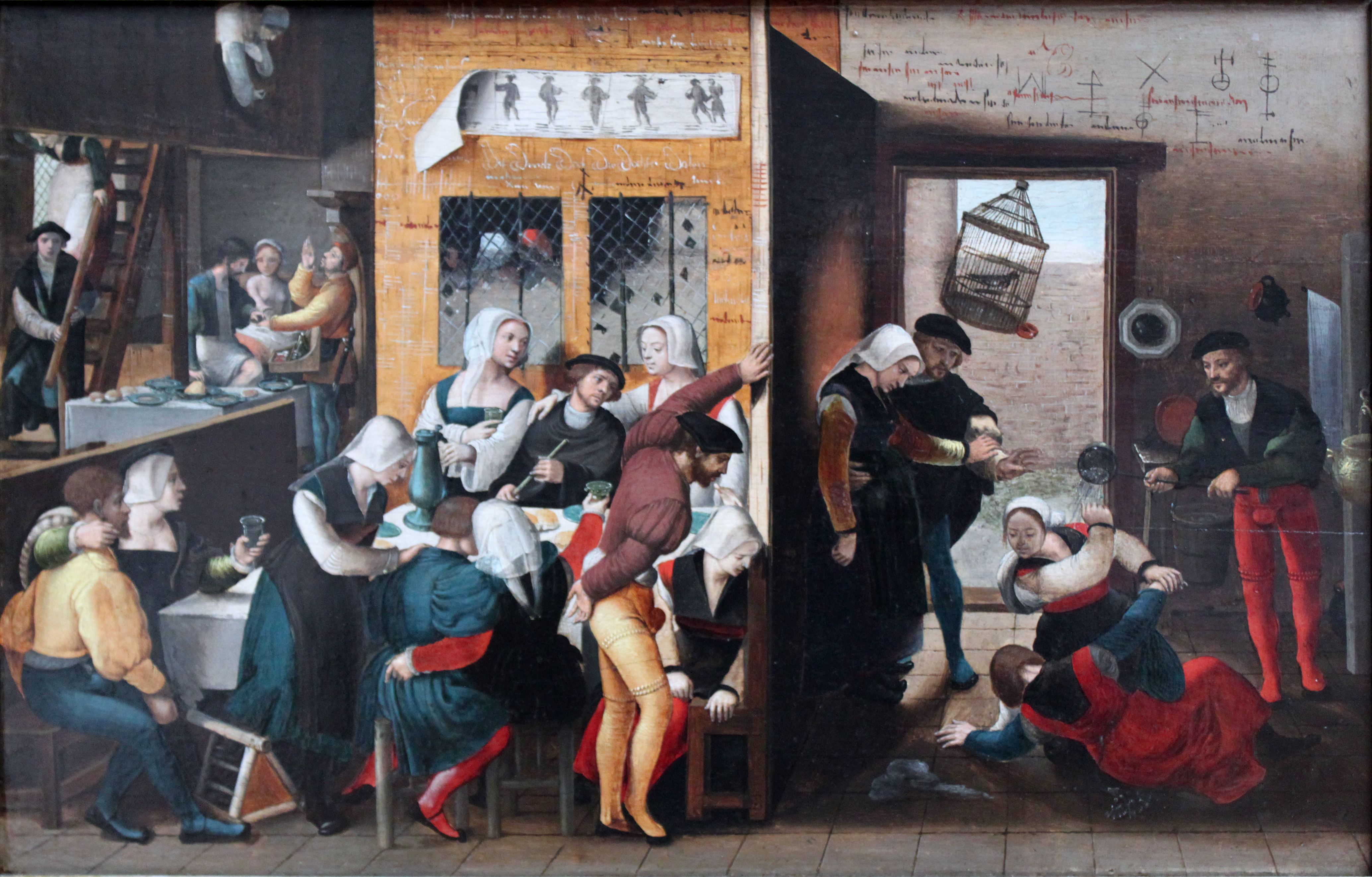 Well before the internet, there was the “bawdy house.”

Voters in the state were given the opportunity to bless or reject the new law in the form of a veto referendum the following year. The official arguments for and against the ballot measure are patronizing in their own ways. Advocates promised the law would stymie the “scattering of the evil throughout the residence district,” while opponents predicted it would only blemish the poor property owner, while the “prostitute will go merrily on, plying her trade as she has plied it from the beginning.”

Absent from each campaign are the interests of the sex workers themselves, although ballot proponents did envision “wiping out the unclean profits of those who prey upon fallen women.”

Voters approved the measure by a 53.3 percent majority. As for those “fallen women,” their jobs became more treacherous.

You see, the Abatement Act didn’t create any public health or social services to uplift these workers out of a life of prostitution. It just made it so they could no longer operate indoors without breaking the law.

As bad and exploitative as some bordellos were before the Act passed, the street only magnified these dangers and presented new ones. And since the Act didn’t mobilize a campaign to turn sex workers into school teachers or something, the street was where most of them wound up.

More than a century later, an escalating campaign to crack down on online classified portals is fanning a similar migration, former sex workers and activists say.

Both MasterCard and Visa announced this week they would no longer process credit card transactions for “adult services” ads from Backpage.com, following a similar decision by American Express earlier this year. This week’s moves came after Cook County Sheriff Tom Dart called upon the two companies to stop supporting a website he says is used to facilitate prostitution and human trafficking.

(Disclosure: Backpage is an advertising client of SN&R’s.)

Last June, the FBI and IRS successfully shut down myRedBook.com on the same grounds. And five years ago, Craigslist.com voluntarily took down its “adult services” section, following similar criticism that it enabled illegal sexual activity.

When it comes to curtailing prostitution, it’s a different era but a similar strategy: cut off workers’ access to the marketplaces where they ply their trade. But the combined result is pushing the most vulnerable workers to the streets, activists say, where the rates of violence, homelessness and disease threaten to overtake them.

“What happens is you see a huge escalation of rapes, of murders, of girls talking about, ‘Yeah, my friend got in this car and we haven’t seen her since,’” said Kristen DiAngelo, a former sex worker who leads the Sacramento branch of the Sex Workers Outreach Project.

“Risk to violence is multiplied for workers who belong to other marginalized groups,” Derek Demeri, of the New Jersey Red Umbrella Alliance, said in a release. “This will especially impact women of color, queer youth, transgender women and immigrants who will no longer have access to web-based safety tools like client screening.”

Client screening is a big part of what made myRedBook so popular, say its supporters.

Besides scheduling appointments, a 23-year-old former sex worker and trafficking victim interviewed by SN&R said she used the website to vigilantly screen out predators and undercover cops. The woman, who asked to be identified as “Monroe,” admits she was breaking the law. But she was also staying alive.

“That’s the worst decision I think they every made,” she said of the federal operation.

Rachel Anderson is the director of SANE, an acronym for Safer Alternatives Through Networking and Education or Sacramento Area Needle Exchange. She framed myRedBook’s role in First Amendment terms, saying it provided sex workers with a free forum to mobilize. “It was a tool,” she said. “[But] that’s one of the feds’ favorite tactics—to divide and conquer.”

Writing that SN&R “carries print ads and has a relationship with an online advertising platform that facilitates exploitation of children and adults,” her statement continued: “Such platforms and media entities profit from exploitation.”

SN&R repeatedly asked Johnson to identify the companies she accused of facilitating exploitation. She declined, saying through an FBI spokeswoman that the agency wasn’t in a position to “endorse or disparage any advertiser.”

But she probably meant Backpage. For now, the online classified site still has an adult services section, where it allows users to post or answer ads for escorts and body rubs, among other services. The site asks users to agree not to post “coded” ads for illegal services, or material that exploits minors or constitutes human trafficking.

There’s a minimum posting fee of 99 cents, but users can also opt to pay 40 to 100 times that for automatically reposted or sponsored ads.

Unless someone has Bitcoin, that’s almost impossible in the wake of the credit card companies’ decisions.

“This move harms the most vulnerable,” said a worker-turned-activist who identifies as Kimberlee Cline. “I’ll bet we will see an uptick in women hitting the streets again. Those without a bank account won’t be able to use Bitcoin to stay online.”

As for what waits for them on the streets, look no further than this week’s cover story.