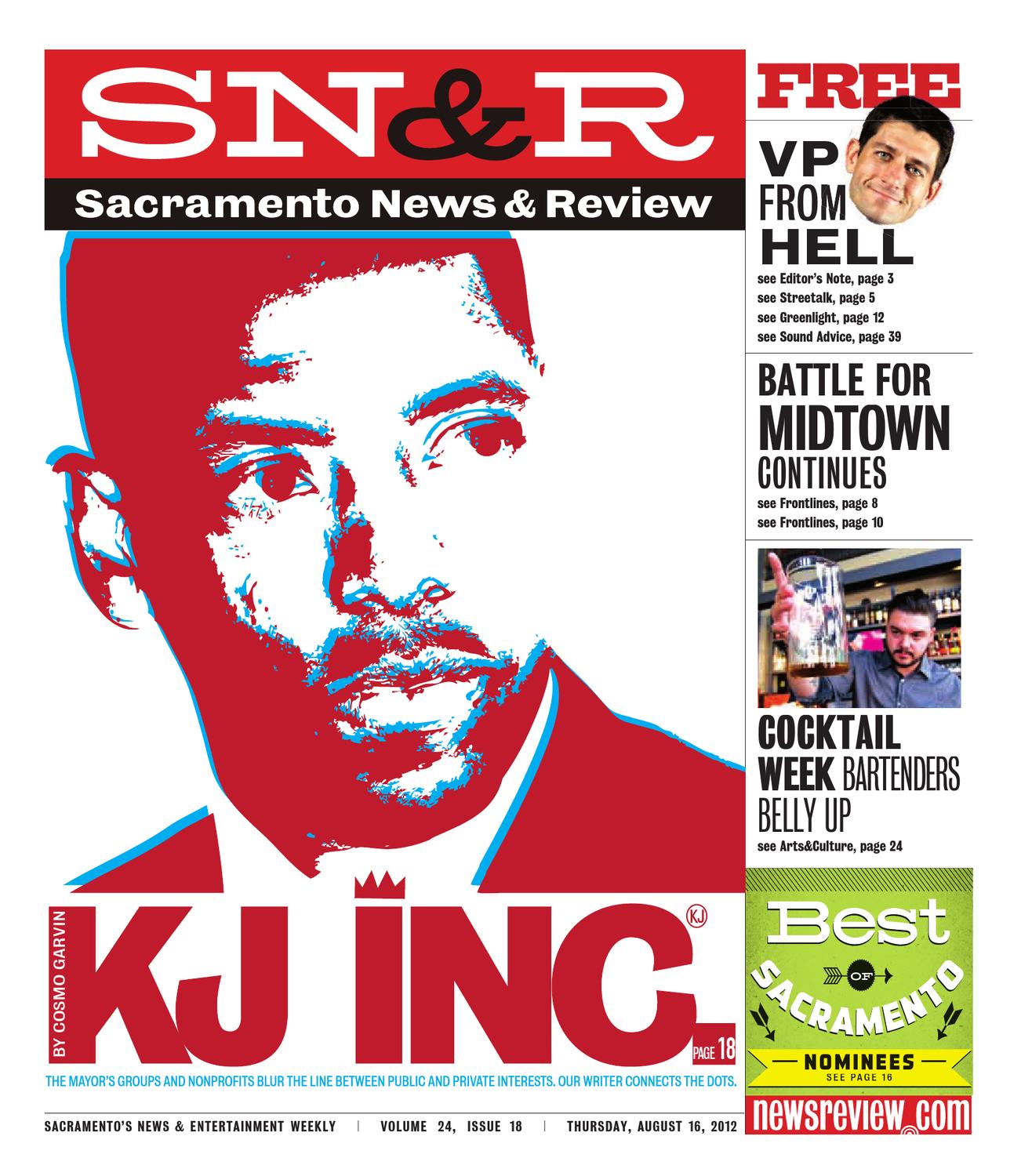 Kevin Johnson is suing SN&R and the city of Sacramento to block the release of emails between his office and lawyers involved in Johnson’s legal troubles with the National Conference of Black Mayors.

The litigation is meant to force SN&R to agree that the city should not disclose certain emails even though the city attorney has determined them to be public records. Failing that, Johnson’s attorney wants a Sacramento Superior Court judge to prohibit the city from releasing emails, which he believes are protected by attorney-client privilege.

“We’re not suing you as a bad person,” he said during a phone call. “But we need to protect ourselves.”

Let’s back up. Regular readers may remember that SN&R filed a public-records request in March in order to better understand how and why the mayor’s staff uses a network of private Gmail accounts to do city business (read the story, “Special Delivery,” printed on April 23: http://tinyurl.com/KJsecretemail.)

You may also recall that Johnson has used city staff for many of his non-city projects. One of those was a takeover of the leadership of the National Conference of Black Mayors, which was described in a PowerPoint presentation to city staff as a “coup” (read my recent column, from June 11, titled “KJ Inc. strikes again”: http://tinyurl.com/KJincStrikesAgain.)

The NCBM takeover resulted in a nasty legal fight involving Johnson and aggrieved NCBM officials. Each of these separate threads—the parallel email accounts for the mayor’s staff, and the NCBM coup—show the remarkable extent to which Johnson uses city resources for non-city business.

In the course of reviewing documents for SN&R’s records request, deputy city attorney Michael Benner identified several emails between the mayor’s staff and Ballard Spahr—that’s the firm representing the mayor and the NCBM in the current litigation.

Benner said if these emails had been between the city attorney and city staff, he would have said they couldn’t be released. The California Public Records Act says that communication between a public agency and its attorney is exempt from disclosure.

But since Ballard Spahr is an outside firm representing K.J. on a private matter, Benner says the city won’t withhold the emails. “As far as I’m concerned, these are public records,” Benner says.

Pittinksy—acting on behalf of Johnson and the NCBM—wants SN&R to take the extremely unusual step of agreeing the city should withhold these records, or be named in a lawsuit to block their release.

“You need to decide if you’re willing to go to court,” Pittinsky said. The mayor’s office, meanwhile, has refused to answer any questions from SN&R about the matter.

The Sacramento Bee was also scheduled to receive some of the same emails, in response to a records request related to the NCBM fight. Pittinsky said the Bee has since agreed to his demand, and that if SN&R didn’t do the same, “We will be forced to litigate only with you.”

The Bee has since said that this is not true, that they never agreed to modify their records request, only to let the city attorney do their job. That’s been SN&R’s position as well.

But, in fact, if Johnson and his lawyers think these emails should be kept secret, then their beef is really with the city, not SN&R.

It’s not the reporter’s job to say what’s covered by attorney-client privilege; that’s the city’s job.

And if SN&R agrees to the demand, there’s a danger the mayor or his lawyer would use the side-agreement to hide other records where the attorney-client privilege does not legitimately apply.

Of course, it’s entirely inappropriate for a public official or his lawyer to sue a reporter for exercising his rights under the California Public Records Act and the California State Constitution.

Jim Ewert, attorney with the California Newspaper Publishers Association, says reporters, along with everyone else, are protected from that kind of harassment by California’s “anti-SLAPP” statute.

SLAPP stands for Strategic Lawsuit Against Public Participation. It’s a way for businesses and politicians to silence critics and others involved in unwelcome First Amendment activity.

Also, it’s important to remember that the emails in question came from Gmail accounts set up for the mayor’s staff. In order for the city attorney to get the emails, the mayor’s office had to turn them over to the city. It’s pretty weird for Johnson to sue to stop the release of documents that he’s already provided.

It’s a mess. We wouldn’t be here if, as in other cities, there was some policy requiring city employees to use city email accounts for city business. And it further shows the lack of boundaries between the mayor’s office and his “brand” and many personal enterprises. Johnson may argue, unconvincingly, that his involvement with NCBM raised the city’s profile. But involving city staff in a “coup” and protracted legal battle is clearly no benefit to Sacramento.

Update: We’ve attached below the documents filed in court.