Stigma be damned: More than 175,000 Sacramento County residents turned to food banks and other emergency food providers last year to fill their cupboards and their stomachs, according to a new report released today  by California Emergency Foodlink. 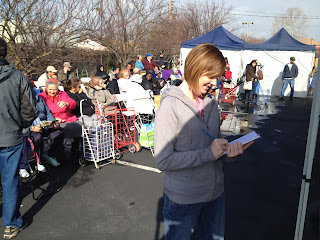 That figure translates to approximately 12 percent of the county’s total population, Census data shows, providing yet another indicator that, in a growing number of middle-class neighborhoods, the haves and have-nots can no longer be told apart.

“The results of this study show us that the face of hunger in Sacramento is one we might recognize,” Foodlink president and CEO John Healey said in a release that accompanied the report. “Many of our neighbors who are seeking food assistance have jobs, raise families, work towards education and struggle with health problems, like all of us.”

According to the report—the latest in a series of quadrennial surveys of American food bank clients and workers—only 5 percent of Sacramento County client households were in temporary dwellings, like a shelter, motel or on the street. The vast majority lived in homes and apartments. An estimated 79 percent of local households pulled in an annual income of $20,000 or less.

Forty-five percent of Sacramento clients had received post-secondary education, including college or certification.

Survey responses in the report indicate that many food bank clients sought out assistance only after making other sacrifices.

Two-thirds of households chose between buying food and affording medical care at least once in the previous year, while 62 percent chose between groceries and paying their rent or mortgage.

Nineteen percent of respondents said they had experienced a foreclosure or eviction in the past five years.

“Too often, our clients also have to make difficult trade-offs to get enough food for their families,” Healey added.

He singled out the work of emergency food providers and the support of donors like Raley’s and the U.S. Department of Agriculture.

Based in Sacramento, Foodlink bills itself as the largest food bank in the nation. It participated in the “Hunger in America 2014” report, conducted by independent research firm The Urban Institute for Feeding America, a network of food banks around the country.