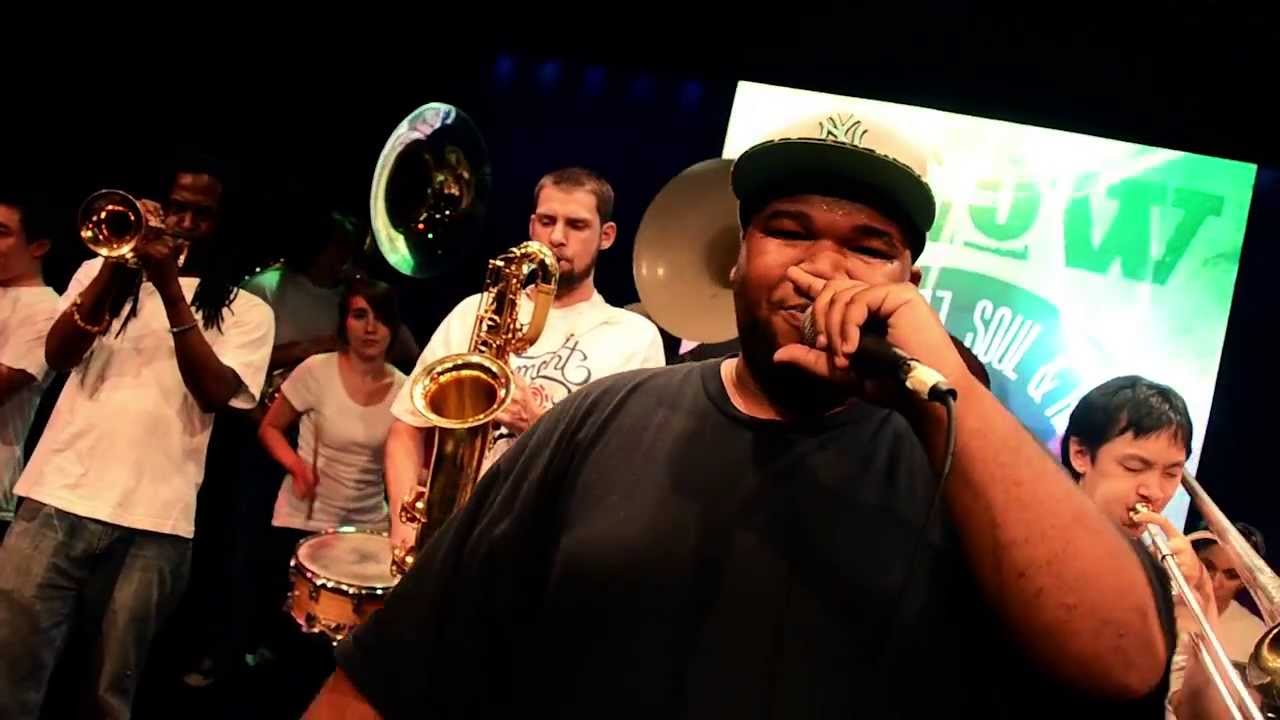 Remember FLOW? The city’s leading rappers and emcees would freestyle over the New Orleans, second-line jazz stylings of Element Brass Band at Assembly. It started as a weekly event in September, then it went monthly, then it folded in December.

But FLOW cultivated a serious following for its distinct fusion sound. And on Feb. 16, it’s sort of coming back. (And no, it’s not actually called FLOW 2.0.)

Context: Element Brass Band was gearing up to start a new monthly residency at the Press Club. On Monday, after showing up and starting a dance party at #TheMostOpenMicInTheCity, they asked Andru Defeye, former host of FLOW and current open mic organizer, to collaborate again.

“We’re trying to rekindle that vibe,” said Byron Colborn, Element Brass Band’s saxophonist.  “But we’re hoping this will be different too—that more people will come out for the interactive aspect.”

So on the third Sunday of every month, you’ll find a Element Brass Band x #TheMostOpenMicInTheCity hybrid. Doors will open at 6 p.m. and the evening will start with the band’s signature funky, jazzy brass. Around 6:45 p.m., Defeye (full disclosure: freelancer for SN&R under the name Andrew Bell) will kick off an open mic, and artists will have the option of performing with or without the backing band. Then local rappers will take the lead—the first edition features TASK1ne, Cam Ofgenx, Paul Willis, Luke Tailor and Soosh E. Element Brass Band will conclude with another live set, before, ultimately, usual Funk Night mayhem ensues.

Cover is $5 and the Facebook event for round one is here.