It’s one week into the Sacramento Vegan Chef Challenge, and so far, I’ve dined at only two of the 13 participating restaurants. At this rate, no, I will not likely be able to taste-test at all of the eateries, but since disposable income doesn’t grow on trees, this is a good thing for my wallet.

What has been good for my gullet, though, was the poblano chile stuffed with seitan at the new  Cielito Lindo Mexican Gastronomy in East Sacramento (3672 J Street). The roasted-pepper entree contained chickpeas, and, impressively, house-made seitan that with an excellent, almost fluffy texture, that sat in black-bean sauce sprinkled with contrasting canary-yellow kernels of corn. The presentation, portion size and taste were all excellent. 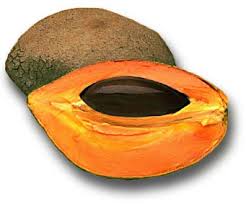 
The soup and the dessert, though, are for open-minded taste buds. The flavor of the huitlacoche (fungus grown on plants) soup was so different, with an earthy yet dried-lemon taste. And the dessert, a mousse made from the mamey fruit of Central America, was just as unusual, but both completely appropriate for a restaurant that has “gastronomy” in its name.   Also worth noting are its agua frescas. The offered flavors change frequently, and on the evening I dined there, it was a pineapple and cilantro blend (free refills, thank you very much) that was outstanding. If nothing else, go to Cielito for a sip of this stuff.

This restaurant is still so new (it opened in September), it seems like it’s still making some tweaks—hopefully, the staff will dim the lights in the dining room a bit more—and our friendly server said the chef is enthusiastic about offering vegan options on its not-so-vegan menu on a regular basis, which is fantastic. Stay tuned, and go stuff yourself with one of its stuffed poblano peppers in the meantime.