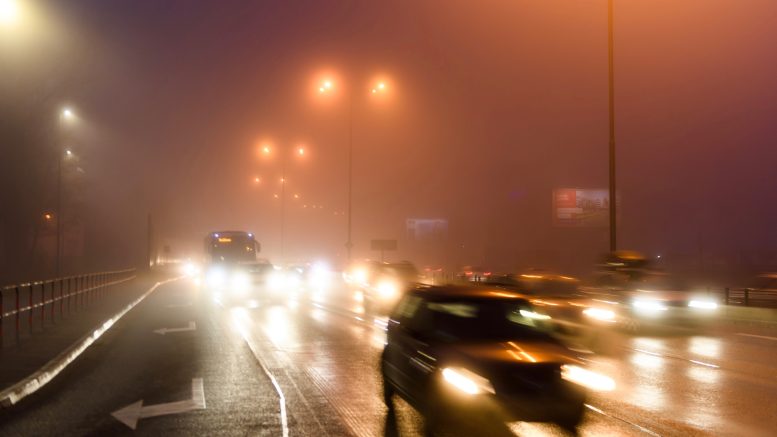 By standard political measures, a proposed Sacramento County transportation tax should have won approval in this month’s election. Supporters had a truckload of campaign cash and the backing of the political establishment, among other things.

They spent more than $4 million on Measure A. Opponents spent less than $7,000.

And yet, just like voters nationwide rejected the narrative of an impending “red wave,” so it appears that local voters bucked conventional wisdom and nixed Measure A. As of Nov. 15, 54 percent of voters were opposed to the measure, leading by a margin of 22,000 votes. The measure would have added a half percent to the county’s sales tax for 40 years, raising it to 9.25 percent in Sacramento.

So why did the transportation tax fail? Voters were skittish about a tax increase in a bad economy. Supporters failed to convince voters that the measure would be of much benefit to anyone other than the developers and unions that backed it. And perhaps voters heeded the message from government officials and environmentalists that more roads leads to more greenhouse gas emissions.

Voters across the country are concerned about inflation and other economic tremors. They’re likely even more worried in Sacramento, where housing, gas, and other costs are higher than in most other places. Proposing a sales-tax increase when voters are feeling a pinch in their pocketbooks was a tough sell.

But that argument only goes so far.

Based on current returns, voters approved tax increases for schools, parks and general city needs in several Sacramento County communities. So, people might be feeling stingy, but they’re willing to spend when they consider the proposal worthwhile.

Clearly, Measure A supporters failed to sell voters on the $8.5 billion transportation package. They were hamstrung from the beginning because they were made up of wealthy developers who wanted a new suburban highway to serve their pricey new residential subdivisions and were joined by construction unions that wanted to build the projects called for in the measure.

Measure A reeked of political patronage. Voters got the message.

The result mirrors a statewide trend. Voters rejected the self-interested pleas behind Props. 26 and 27, the two gambling measures. Television ads droned on for months about how gambling proceeds would supposedly help the homeless and Indian tribes. In the end, voters realized they would just make certain people very rich.

Similarly, voters rejected statewide Prop. 30 after Governor Gavin Newsom vigorously argued that the electric vehicle funding proposal was a handout to ride-share company Lyft. While the argument was suspect, it was successful. Polls indicated that Prop. 30 had the support of voters before Newsom made the claims but is poised to lose by more than eight percentage points.

In Sacramento County, the alliance between Measure A backers and the political establishment was something of a shotgun wedding. When supporters got enough signatures to get the measure on the ballot, Sacramento Mayor Darrell Steinberg engineered an agreement between local leaders and measure supporters.

Steinberg wanted some sort of safeguard to protect the community from excessive greenhouse gas emissions, the anticipated result of highway construction Measure A would have funded. It is questionable whether the agreement would have led to such protection because it clearly said the parties could back out at any time.

Nevertheless, Steinberg gave the measure his seal of approval. In one of several Yes on A mailers sent to voters countywide, Steinberg claimed that that measure required compliance with environmental laws and mitigation for greenhouse gas emissions.

In the same mailer, Sacramento County Supervisor Phil Serna praised the measure for transit spending and other proposals he said would improve air quality. This was a disingenuous take considering the executive officer of the California Air Resources Board said Measure O would have the exact opposite effect on climate – and Serna sits on that board.

Mike McKeever, former CEO of the Sacramento Area Council of Governments, and former Steinberg chief of staff, called bullshit on such claims. He said they were the “exact opposite of the truth. Measure A proponents are so desperate for their $8.5 billion tax that they are spending millions of dollars to spread falsehoods.”

Anne Stausboll, of the Measure A Not OK campaign, said the Yes on A campaign proved to be its own worst enemy.

“It was always going to be close,” the former Calpers CEO said. “But I think the falsehoods put out by the special interests who funded the measure really backfired. No one believes that more roads and freeways will improve air quality.”

To the degree that voters got the other side of the story, credit belongs to Measure A Not OK. Despite its modest budget, the campaign stitched together an eclectic coalition, including the Sacramento County Republican Party, the county Farm Bureau, the Sierra Club, and Sacramento City Council Member Katie Valenzuela.

The opposition focused heavily on the environmental problems with Measure A, as I discussed in these pages earlier. (Essay: Sacramento journalist breaks down why Measure A would fund new suburban highways, increase greenhouse gases and super-charge sprawl • Sacramento News & Review (newsreview.com))

Ultimately, Measure A laid out a vision for Sacramento County that just rehashed the worst parts of its development history, focusing on new roads for suburban housing development. This kind of development is bad for the environment and housing affordability. It was promoted by developers who have owned local politicians for too long.

Hopefully, the coalition that defeated Measure A can stay united to fight for a different future for Sacramento County.

Brad Branan has nearly 30 years of experience as a journalist, most recently at The Sacramento Bee. He is a member of the Sierra Club, Sacramento Group, Executive Committee, which opposed Measure A.