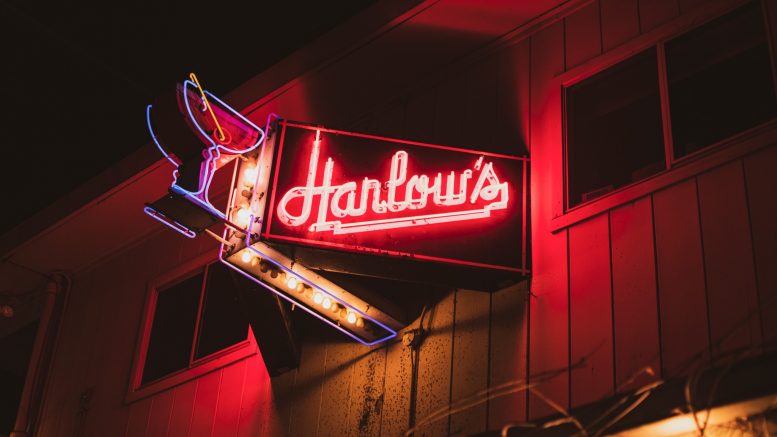 The signature marquee above Harlow’s usually shows a bevy of line-ups, constantly hinting to side-walkers about who’ll be dominating its two stages in the coming days. For the venue’s Queer Pride Event, that sign can barely list all of the talent on display Saturday, June 18.

The performers ringing in the event include Sacramento favorites Autumn Sky Hall, Emilee Durbin and Steev & The Bitch Club, each of whom will have their own headlining show that night, as well as the hailed crystal baller herself, Spacewalker.

After catching up with each of the acts, SN&R has some exciting news: not only will audiences have this opportunity to see four popular performers on one bill, each of them has a little surprise for their fans.

As one of Spacewalker’s favorite venues in town — and the home of the musician’s annual Funky Spooktacular Halloween celebrations — the self-described loop-pedal wizard said she hasn’t performed at Harlow’s since 2019. When she comes back to town this time around, Spacewalker promised that there won’t just be new tunes to play, but also handmade merch, including hand-wrapped smudge sticks, paintings and incense holders.

Remembering her earliest shows at the venue, Spacewalker said it was astounding to sit in front of the crowd, introducing herself on a stage that she’d watched performers such as Mike Love and Mac Sabbath perform on.

“I was there quite frequently in the 10 years I lived in Sacramento,” Spacewalker said. “Definitely gonna be just bringin the heat and excited to touch that stage again.”

Spacewalker will be working for the first time with two of the headliners at the show but is excited to collaborate with Autumn Hall again — a performer she described as a celestial being. Hall was one of the earliest figures who inspired Spacewalker to pursue a career as a performer, showing how to really bring it in front of a crowd.

“It was just like, ‘Yo, look at this angel!’ Spacewalker recalled. “I was freaking out. Just the vocals, the stage presence and they seem so comfortable. They definitely inspired me to just really hone-in my creativity.”

Autumn Sky Hall’s presence on stage makes it seem like a second home. In addition to a decade and a half of experience on the scene, Hall hosts a weekly open-mic event at Tower Brewing and shares open mic hosting duties at Two Rivers Ciders, alternating weeks with Sol Peligro’s guitarist Todd Perez.

While tweaking knobs at the open mic, Hall typically tests out new songs solo. At the Queer Pride event, the Sacramento mainstay will be joined by a full band of friends and compatriots collected from Hall’s years as a host. With years of albums available on Bandcamp, Hall promised Saturday’s set to be entirely new material.

“There’ll be lots of stuff that’s gonna be out this year that we’re kind of getting ready for,” Hall said. “We’ve all been playing it like all the time and It hasn’t even registered to me that it’s all new.”

Hall has played Harlow’s before, though noted the value of saving up the venue’s opportunity for something special, such as the blockbuster lineup for Pride. After noticing the growing fire of popularity Steev and the Bitch Club and Emilee Durbin have been earning, Hall knew getting a show like this together was a chance to join in community as artists.

“Spacewalker is my favorite local performer and has been for years and years and years,” Hall reflected. “I’m just a humongous fan … I just hope that folks will come out.”

Enchanting audiences with elements of dreamy pop and neo soul, Steev and the Bitch Club is an eclectic band that’s capable of quieting or energizing the room: The group’s done multiple times when frequenting Old Ironsides or modes. May Murray, the band’s guitarist, pointed out that Steev is not a real person at all, but a concept.

In addition to Murray’s fragile and deliberate six-string wailing, the band consists of singer Moriah Spencer, bassist Nathaniel Chung, Eric Jesness on drums. According to Murray — like the other acts at the show — it will have a surprise in store for those attending.

Though this will be the band’s first show on a ticket with Spacewalker, Murray said Steev and the Bitch Club have collaborated with the other acts on the bill in the past. Murray formerly booked art markets and musical acts for a project called Jazz Alley Market, which gave a connection to Hall.

Saturday’s performance will be Emilee Durbin’s second at Harlow’s — her first being a performance upstairs at the Starlet Room. She’d previously run into Hall at an open mic night in addition to playing at Old Ironsides on a shared ticket with Steev and the Bitch Club.

“They have very sweet witchy vibes and were all so kind to me that night,” Durbin said of Steev and The Bitch Club. “As for Spacewalker … I’ve seen them open for hobo Johnson along with some other really talented Sac artists and they also blew me away. It’s so comforting playing in a lineup of good and talented people.”