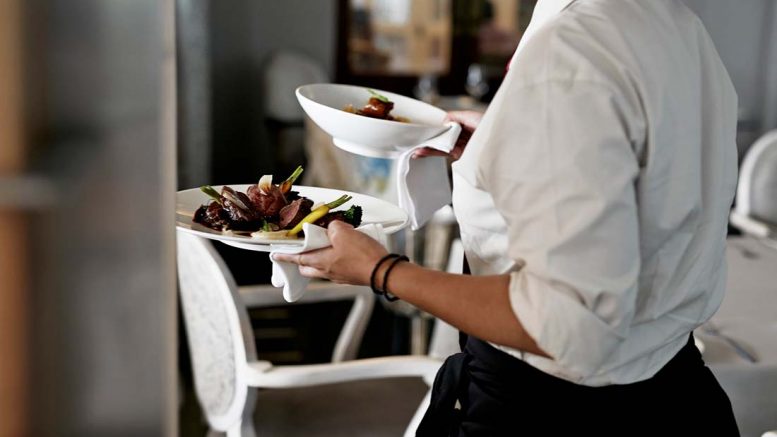 They understand the need to extend sick leave. They have the money. Do they have the will?

For Gov. Gavin Newsom and state legislators, the crisis is both real and immediate: COVID-19 cases, fueled by the highly transmissible omicron variant, are surging in the new year — and illnesses are about to hit California businesses as employees return from the holiday to their jobs. Workplace outbreaks are a certainty. Containment is paramount.

Unlike so many other facets of the pandemic, though, this is one over which state leaders have some control. They know what to do. They’ve done it before. They need only the political will to get it done.

Put simply, California has no current law providing workers with anything beyond three days of paid sick leave. Even under reduced quarantine recommendations, three days are nowhere near enough to protect employees who get sick or are exposed to the virus. Without a COVID-related revision, workers will be faced with the choice of staying home, unpaid, or returning to work while still potentially ill or infectious to others.

Those employees by definition include the people who can least afford unpaid days away from the job. Many of California’s essential workers — in restaurants, hotels, service industries and the like — are already living on the financial edge, and they largely represent the Black and Latino communities that are disproportionately reflected in the state’s count of COVID cases and deaths. These workers, who include undocumented immigrant laborers, are also among those least likely to protest to their employers, experts say.

Assemblymember Lorena Gonzalez (D-San Diego) introduced a bill, AB 995, in early 2021 that would expand general paid sick leave for most workers from three days to five. But Gonzalez, who in 2014 wrote the original law that made paid sick leave mandatory in the state, shelved the bill in June, and she resigned her seat on Jan. 3 to take a labor organizing position.

In the midst of a statewide health emergency, there is a more efficient path, and Newsom has already traveled it once. Last March, the governor signed a law that required California companies with more than 25 employees to provide up to 10 work days of supplemental paid sick leave to fight the virus itself, go into quarantine or recover from side effects of a vaccine.

That law, which was retroactive to Jan. 1, 2021, expired last Sept. 30. Newsom, who faced fierce pushback from state business leaders and the California Chamber of Commerce, did not move to extend it. In part, that was because a federal tax credit, which had been tapped to make businesses whole while workers missed time, had also expired.

Shifting to the state the financial burden of compensating businesses for COVID-related sick leave could be politically fraught. But California has an ace in the hole: a staggering budget surplus for the second straight year.

In 2021, that surplus was put by Newsom at nearly $76 billion, although the nonpartisan Legislative Analyst’s Office argued the true number was closer to $38 billion because most of the rest was earmarked for mandatory spending in specific categories. Using that same formula, the LAO estimates the new surplus at $31 billion, reflecting another year of huge revenue growth for Silicon Valley companies and the state’s richest individuals and corporations, who rode Wall Street rallies to tremendous profits.

Under state law, that surplus may be used in any number of ways, including spending some of it on emergencies. This qualifies.

While the long-term hope is that omicron will prove to be less dangerous than previous strains among those already vaccinated, its high level of transmission has spiked numbers across California. In Los Angeles County alone, nearly 45,000 new cases of COVID were reported in a two-day span over the New Year’s weekend, a pace far beyond last winter’s peak. Statewide, COVID-related hospitalizations increased 69.7% over a seven-day period ending Sunday.

Despite relatively robust vaccination numbers (more than 71% of Californians are fully vaccinated, according to state data), the rise in cases and hospitalizations foreshadows what’s likely to happen when workers are again physically on the job. Long-standing health inequities will be exacerbated because lower income workers, the people already damaged the most by COVID’s path, are the same ones who can’t do their jobs from home.

After the supplemental leave law expired last fall, the California Division of Occupational Safety and Health renewed an emergency rule that provided up to 10 days of paid sick leave for workers in certain settings. But it made no provision for children who had to stay home from school or ill family members who needed to be cared for, the kinds of things Newsom and the legislature could account for in their own bill.

Assemblymember Wendy Carrillo (D-Los Angeles) has already suggested tapping the budget surplus to bolster paid sick leave for COVID-related issues. “There’s an opportunity for the governor and for the legislature to ensure that the health of the 40 million people across the state of California is prioritized,” Carrillo told Cal Matters.

Newsom’s intentions won’t be clear until he introduces his next budget proposal sometime this month, but another COVID paid sick leave law that allows people to recover safely is needed almost immediately. Without it, workplace transmissions will skyrocket, a health system sagging under the weight of the past two years will be thrown into further chaos, and the state’s most vulnerable workers will suffer. This is, once again, the definition of a health emergency. It requires an emergency response.