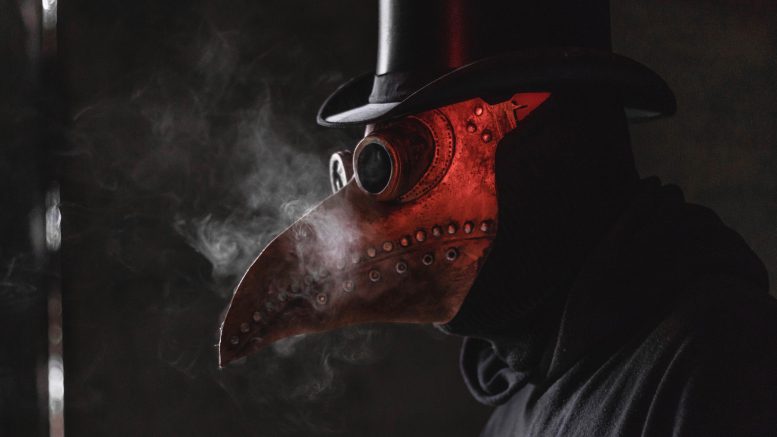 Looking for a way to get into the spirit, or find some spirits, around All Hallows’ Eve?

Unlike last year, vaccination rates in region have resurrected October’s former glory from the grave. Whether its costume balls and horror screenings in the bloody heart of Sacramento, or music events and cornstalk-wandering from Placerville to Grass Valley, the dismembered Sacramento-piece of California’s rotting corps has plenty of corridors to venture down for exploring this year’s fun, sinister season.

Aspiring trick-or-treaters and costume-ballers are invited to work on elements of their outfits – or their own Halloween décor – at Sacramento’s Atrium Eco-Art Café, which has a motto of “serving art not coffee.” The café’s garden artwork tables are outdoors and spaced 6-feet-apart, so Halloween fans can use them for making everything from princess crowns to wizard wans and pirate swords. No appointments needed. Atrium Eco-Art Café is located at 1020 Front Street, Historic Old Sacramento.

The Depression-era storefronts of Grass Valley’s Mill Street are closed from traffic and cluttered with cornstalks, skeletons, witches and mummies. In addition to the myriad of stores, bars, cafes and restaurants that are decked with Halloween fittings, the city’s storied movie palace from World War II will be showing the newest installment of the ‘Halloween’ franchise at 7:45 p.m. The film includes Jaime Lee Curtis reprising her role as scream icon Laurie Strode some 43 years after appearing in John Carpenter’s original cult classic. Tickets $11.25 at https://www.sierratheaters.com

The most infamous costume party in the Capital is back, and so too will be the body paint, tasseled pasties and scandalously skimpy outfits that have made it a legend over the years. Produced by Triple Threat Entertainment, the event includes a live performance from All Black, music by D.J. Kay Boso, live dancers, food booths and an elaborate costume contest. The ball runs from 9 p.m. to 2 a.m. on both October 29 and 30. Tickets start at $40 at https://www.eventbrite.com/e/exotic-erotic-halloween-ball-tickets.

For those wanting to ring in Halloween through a doorway to the past, the Greenroom Social Club is one of the region’s most intriguing new music venues. With its time-worn bricks and Victorian saloon ambiance, the Greenroom is quickly grabbing admirers for its stellar cocktails, smart menu and spacious performance hall. Two nights before Halloween, Sacramento blues master Mick Martin will heat up the stage by invoking some blistering, pain-laden sounds from the past. Tickets are $20 in advance, $25 at the door, at clubgreenroom.com.

The Capital’s Queen of the Night is returning this year with another fang-filled extravaganza. Shannon McCabe, Sacramento’s celeb goth-extraordinaire, has a lot planned for her latest tribute to immortal wandering: The evening includes live performances from Ashes Fallen and A Death in Bloom, as well as music by D.J. Bryan Hawk, D.J. Thomas Diablo and D.J. Dani Fontana. There will also be a performance from Indiana Bones Burlesque, Starlet O’Hara Fire Dancer and Badia the Belly Dancer. Another way attendees can get their goth on is by drinking the ball’s vampire-themed cocktail, “the blood bath,” as well as watching Infinite Spin Dancers, Savannah Lee Go Go and the Valkyrie Mermaid. The event includes a secret lounge and VIP access and more. Vaccination status required for this event. Tickets start at $35 and are at: https://www.eventbrite.com/e/shannon-mccabes-13th-annual-vampire-ball-saturday-103021-at-harlows-tickets-97531325821

The Halloween bar crawl in Sacramento’s central city begins at The Zebra Club on P Street then spins its thirsty ghosts and goblins through some of the neighborhood’s most-established drinking holes. The event includes some morbid specialty cocktails. Among the stops are Badlands, Flatstick Pub, Goldfield’s Trading Post, Midici Pizza, Old Tavern, Q Street Bar, Streets Pub, The Cabin, The Depot Video Bar, Tiger Bar and Koja Kitchen. The night culminates in a costume contest that sees the winner get a thousand-dollar prize. Tickets range from $12.50 to $25 and are at: www.crawlwith.us/sacramento/halloween

Hollywood’s riotous witch classic ‘Hocus Pocus’ will have two showings at Sacramento’s oldest grand movie house. Now considered a staple of the Halloween season, 1993’s ‘Hocus Pocus’ involves a bumbling trio of witches who find themselves out of place, and up to trouble, in the 20th century. Audiences can watch it inside the transporting, half-haunted chambers of the Crest, twice, on the night before Halloween. Tickets are $12 at www.crestsacramento.com/product-category/movies

Looking to party on the edge of Capital Park? Downtown’s Park Ultra Lounge will host a 21-and-up Halloween blowout that features music by D.J. Peeti-V, a UV black light dance room, spooky decorations and a midnight costume contest with a $1,000 prize. Tickets are $15 and available at: https://www.eventbrite.com/e/nightmare-before-halloween-tickets-187213208747

Alfred Hitchcock’s groundbreaking horror masterpiece ‘Psycho,’ written by Joseph Stefano – and starring Anthony Perkins and Janet Leigh – will play Halloween night inside a lauded theater whose marquee was lit when the film first premiered. The high-mark of Hitchcock’s later career, “Psycho” is the story of a frustrated secretary who steals a large sum of money in a moment of weakness. On the run in the dusty valleys of California, she takes refuge at an aging, roadside motel, where her hosts are a lonely young man and his shadowy, malevolent mother. Tickets are $11.50 and available at: https://www.angelikafilmcenter.com/tower/ticketing/step-2